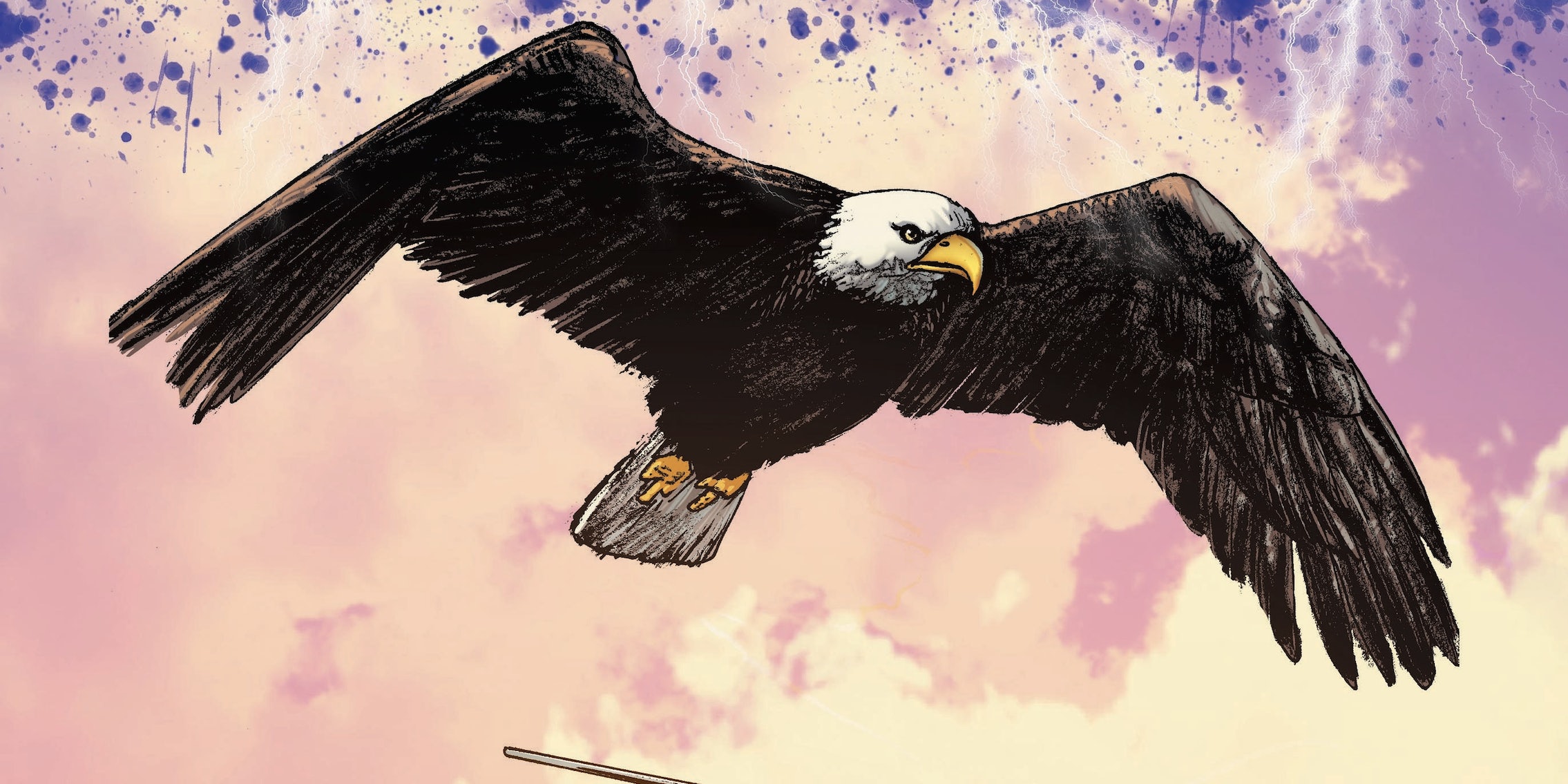 Photo via The Divided States of Hysteria/Image Comics

The comic in question featured a lynching scene on the front cover.

Howard Chaykin wanted his new comic, The Divided States of Hysteria, to be edgy and provocative. By that very specific metric, it’s been a tremendous success. Issue #1 inspired backlash for including a scene of sexualized transphobic violence, and now the publisher Image Comics has publicly apologized for a piece of cover art depicting a racist hate crime.

The Divided States of Hysteria is an adult-rated political satire, taking place in a dystopian near-future setting. The comic intends to push boundaries, but so far, it mostly rehashes old stereotypes and uses sex and violence for shock value. Its latest controversy originated with the cover for issue #4, which shows a man with mutilated genitals, hanging from a noose and wearing a nametag with a racial slur.

The issue comes out in September, giving Image enough time to cancel and replace the cover art. That’s just as well, because when the art previewed online last week, readers and comics creators were appalled.

I said this last month and I'll say it again. Chaykin is punching down at marginalised groups so he can feel "daring". Fuck that. Fuck him.

Image is the third largest comic publisher after Marvel and DC, and publishes a number of mainstream hits like Saga and The Walking Dead. Image also prides itself in giving more freedom to its creators, but this cover kicked off a conversation about the publisher’s lack of editorial oversight. After vocal criticism among the comics community on social media, Image withdrew the cover and issued this statement:

“It’s neither Howard’s nor Image’s intention to inflict pain on anyone already dealing with intolerance or hostility on a personal level. We ALL agree that any form of bigotry is wrong, and this comic exists due to anger and frustration over rapidly escalating injustice in a world filled with people too quick to judge others on the basis of their race, religion, or gender association.

“The purpose of this series is to sound alarms. THE DIVIDED STATES OF HYSTERIA is a comic book about the terrifying future we are heading for if our country remains on its current path. Far from an endorsement of the horrible violence depicted or the ugly language used by many of the characters, Howard’s goal is to give us a glimpse into a society crumbling under the weight of ignorance, hatred, and intolerance.”

The statement apologized for the offense caused by Chaykin’s comic, while also reminding audiences of Image’s commitment to freedom of expression.

This did little to quell criticism of the cover and Image’s decision to publish it in the first place. For starters, it’s hard to accept the characterization of Chaykin’s shock tactics as constructive political commentary. The art in question is a straightforward depiction of racist violence, published on the cover as a way to publicize the comic.

Writing in the Mary Sue, critic Charline Jao laid out the argument:

“As a cover, it’s hugely triggering and at a time when brown men are literally being attacked in streets, it’s blatantly disrespectful. It’s neither ‘provocative’ nor ‘edgy,’ and if you think brown people need a reminder that the nation is actively hostile towards them, please take all the seats.

“What purpose does this cover serve? Who is benefitting from it? Brown pain is not consumption for white eyes, and this image does significantly more harm than good.”

The statement from Image Comics also received a line-by-line critique from Jordan Calhoun at Black Nerd Problems, accusing the publisher of failing to understand the response to Chaykin’s work. Meanwhile, artist and critic Emma Houxbois published a post titled “Why I’m Boycotting Image Comics” at Comicosity, and Women Write About Comics shared a form letter so readers could demand a further response from Image.

Eric Stephenson, the editorial head of Image Comics, has spoken in the past about Image being a champion for diversity and inclusivity in the industry. This goal may prove to be incompatible with Image’s ongoing support of comics like The Divided States of Hysteria.