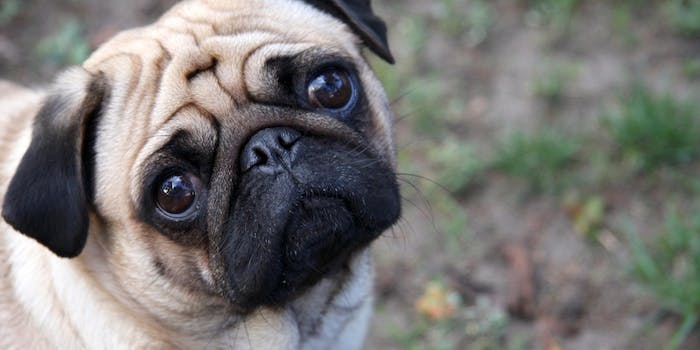 How the ‘Sad Puppies’ Internet campaign gamed the Hugo Awards

Does it still count as vote-rigging if they technically didn't break the rules?

Everyone loves to say that awards ceremonies are rigged, meaningless, or just blatant popularity contests. In the case of the most prestigious honor in the sci-fi/fantasy community, this kind of accusation now feels worryingly true.

Each year, the Hugo Awards are voted on by paid members of Worldcon, the World Science Fiction Convention. Fans nominate their favorite books, movies, and commentators, and the most popular choices make it onto a shortlist of five nominees per category. People then vote for the eventual winners, which are revealed at Worldcon in August.

This year’s nominees were announced on Saturday, and most of them came directly from a Gamergate-affiliated campaign known as Sad Puppies. By bloc-voting for a specific slate of anti-progressive authors, editors, and fans, the Sad Puppies managed to game the selection process in every major category. And yes, they did choose that name for themselves.

The Hugo Awards have never looked less like the future of anything.

The Sad Puppies shortlist is the brainchild of a handful of conservative SF/F writers, headed up by authors Brad R. Torgersen, Larry Correia, and the ever-controversial Vox Day (who this year championed a more extreme “Rabid Puppies” slate). This is actually the third year the Sad Puppies encouraged their followers to vote as a bloc, but it’s the first time they’ve made such a wide-reaching impact.

Nominees from the Sad Puppies and Rabid Puppies slates swept all of the main categories. Three of the five Best Novel nominees come from the Sad Puppies list, while the Best Novella shortlist is identical to Vox Day’s own recommendations—including three separate nominations for works by John C. Wright, an author notorious for his homophobic views.

It gives me great joy that a homophobic, militantly Christian writer like John C. Wright has to share the nomination stage with our filth.

The Sad Puppies campaign stems from a belief that SF/F fandom has been overtaken by progressive fans and authors. Their nomination slate is an attempt to exclude the kind of books that Brad Torgersen describes as “niche, academic, overtly to the Left in ideology and flavor, and ultimately lacking what might best be called visceral, gut-level, swashbuckling fun.”

Ironically, he namechecks The Avengers as the kind of mass-market entertainment that consumers prefer over the supposedly elitist literature of the Hugos. Except The Avengers actually won the Hugo in 2013, going up against such rarefied liberal propaganda as The Hobbit: An Unexpected Journey (a film about bearded white men going on a hike), Looper, and The Hunger Games.

Meanwhile, there’s no real evidence that the writing categories are any more liberal or elitist than they were in decades past, when authors ranging from Orson Scott Card to Ursula Le Guin won Best Novel. Modern nominees remain a mixture of mainstream bestsellers (Neil Gaiman, J.K. Rowling) and authors who are primarily known to the SF/F community.

The success of the Sad Puppies resulted in an immediate outcry, with fans complaining that bloc voting undermines the Hugos, and that many of the nominees were chosen based on their political values rather than the quality of their work.

The year the average literary quality of the Hugos plunged through the floor.

Gamergate hijacked this year's Hugo Awards, and loaded them with extremist homophobic authors.

My husband has 4 Hugos, and I have thoughts.

The Sad Puppies predate Gamergate by two years, but the similarities are obvious. Aside from direct links like John C. Wright and Vox Day publicly supporting Gamergate on their blogs, both movements are motivated by the same emotions: fear and anger about their community becoming more diverse and inclusive.

Last year’s Worldcon made a concerted effort to be more inclusive, inviting a younger and more wide-ranging variety of panelists to match the unprecedentedly diverse slate of Hugo nominees. This was a practical effort to refresh the aging Worldcon community, which risks losing women, young people and minorities to other conventions like DragonCon. But to the Sad Puppies, this progression was already a step too far. By taking action against what they saw as a liberal conspiracy in SF/F fandom, the Sad Puppies created a very real (and public) conspiracy of their own.

The Sad Puppies claim to represent a silent majority of SF/F fans, but the truth is that it’s very easy to game the Hugos. Only 2,122 ballots were received from a potential pool of about 10,000 Worldcon members, meaning that a few hundred voters could easily gain control of the nominee shortlists. In the more obscure categories like Best Editor or Fanzine, the ballot hinges on less than 1 percent of the 10,000-odd people who are eligible to nominate.

This system is so fragile that popular authors are often criticized simply for campaigning on their own behalf, never mind organizing an overt attempt to skew the vote. The only reason the Sad Puppies achieved such an impressive result is because most other fans nominate based on personal taste, splitting the non-SP vote between a wider range of options.

In the short term, a lot of Worldcon members will probably vote for “No Award” over the Sad Puppy nominees, either in protest or because they don’t like the content. This is what happened when Vox Day got onto the Best Novelette shortlist last year.

I think it's going to be a good year for Noah Ward.

Wow, everyone's talking about voting for Noah Ward in this year's Hugos. Don't know his work; I'll have to check out his stuff.

The longterm impact of Sad Puppies 2015 is harder to predict. Worldcon’s organizers have little choice but to overhaul the voting system, otherwise the Hugos risk becoming hopelessly politicized and ruled by rival voting blocs. If not, the Hugos could finally lose their cachet as an SF/F institution, undoing the work that led thousands of new fans to visit Worldcon last year.

Photo via DodosD/Wikimedia (CC BY SA 3.0)