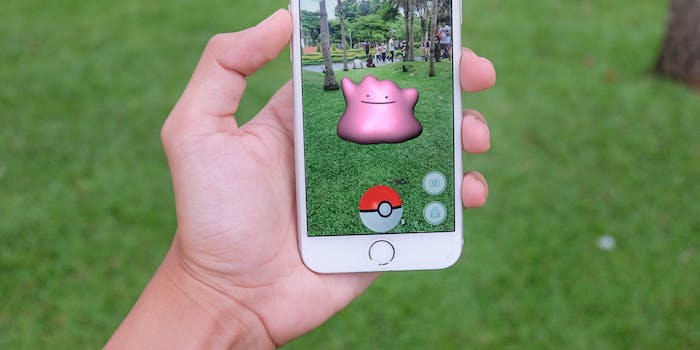 How to catch the shapeshifting Pokémon Ditto in ‘Pokémon Go’

This shapeshifting Pokémon was added to the game this week.

The shapeshifting Pokémon Ditto is now available on Pokémon Go.

The game updated this week, and the blog Silph Road discovered that Ditto is one of the new additions. Over the past day or so, players have started posting screenshots of the Pokémon on social media.

Caught a Rattata and it transformed into Ditto!! #pokemongo #ditto pic.twitter.com/ig10UY7Xcj

Ditto disguises itself as other Pokémon, so when you encounter it in the wild, it will look like a normal Pidgey, Rattata, or whatever. It only reveals itself after it’s been caught, like in this video from the game.

One of Ditto’s moves is “transform,” meaning it can change into its opponent’s shape during Pokémon battles.