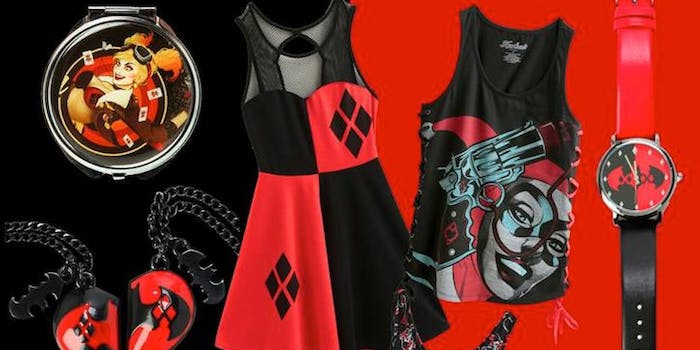 The DC Comics character gets a fashion line all her own.

Harley Quinn began as the Joker‘s partner on Batman: The Animated Series, but her unique personality and appearance made her a fan-favorite character and led to continued appearances in comics, video games, and more venues beyond the TV show. The love for Quinn has clearly not died down over the years, as evidenced by her upcoming role in the Suicide Squad movie. This may explain why she has the honor of headlining a brand-new fashion line by Hot Topic called the Harleen collection.

Fans first received a glimpse of the collection at the DC Comics booth at San Diego Comic-Con 2014. It’s called the Harleen collection because Quinn’s full name before joining the Joker was Dr. Harleen Frances Quinzel. Hot Topic has released a few Quinn-inspired pieces since then, but it only recently launched the full line. The collection is listed under the Valentine’s Day section, most likely due to Quinn’s well-known obsession with and love for her Puddin’, Mistah J—a.k.a the Joker.

It’s impressive to see a collection with so many products focusing solely on the look of one character. There’s quite a wide variety of items included in it as well, from accessories like garter leggings and cosmetics to clothing like dresses and men’s pajama pants. Prices are also affordable, ranging from $4 to $38.50.

You can see some of the items from the collection below and find the whole collection at HotTopic.com. 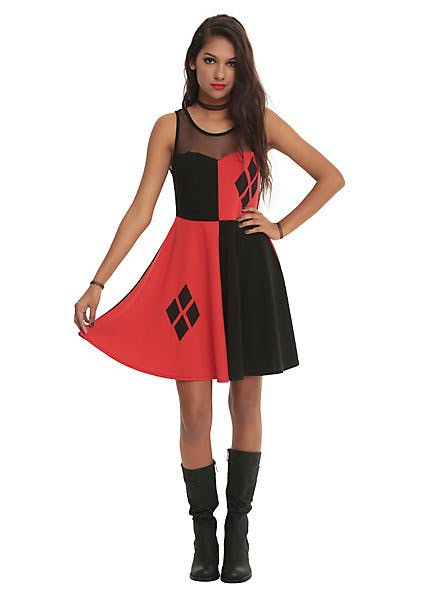 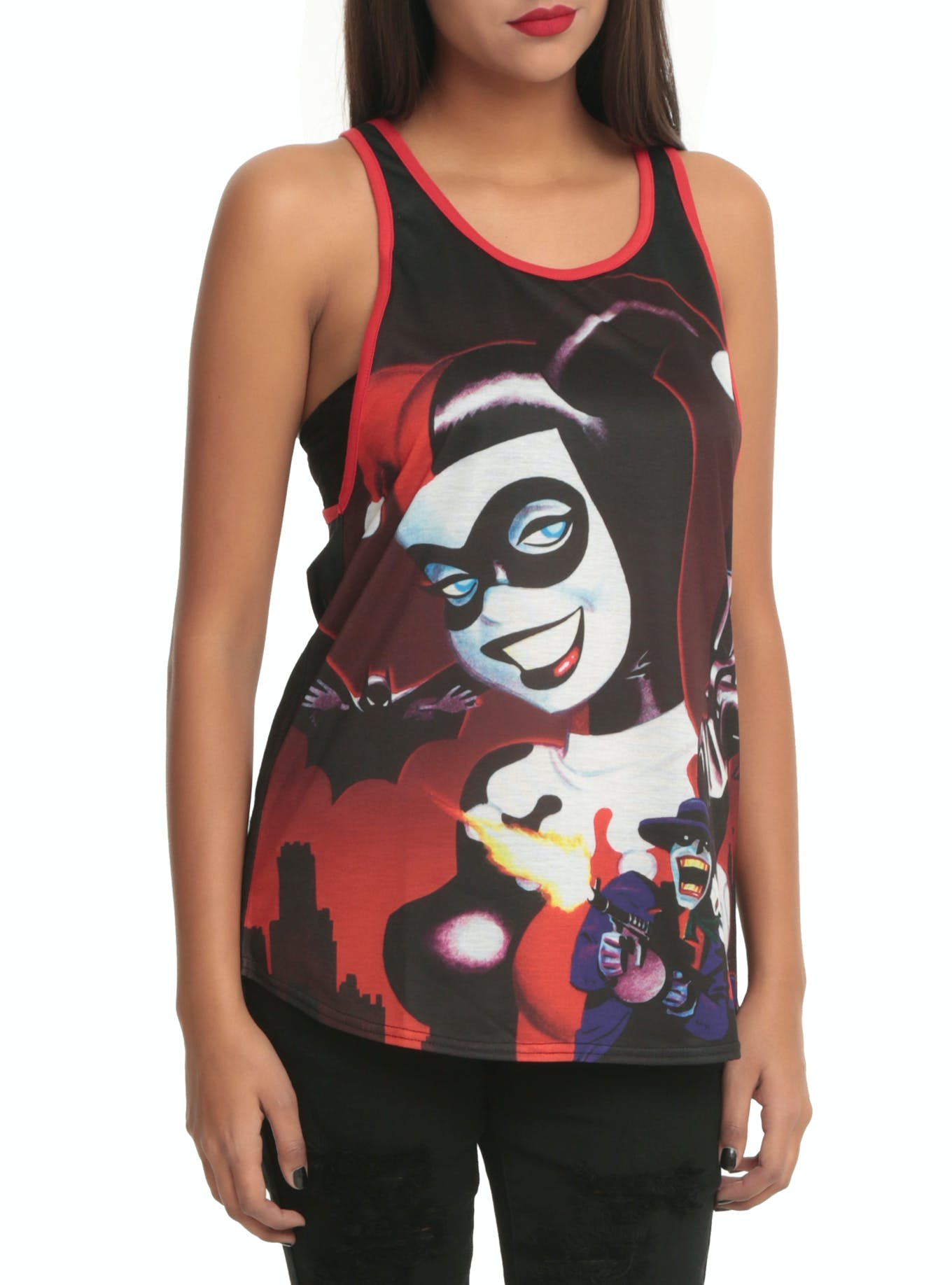 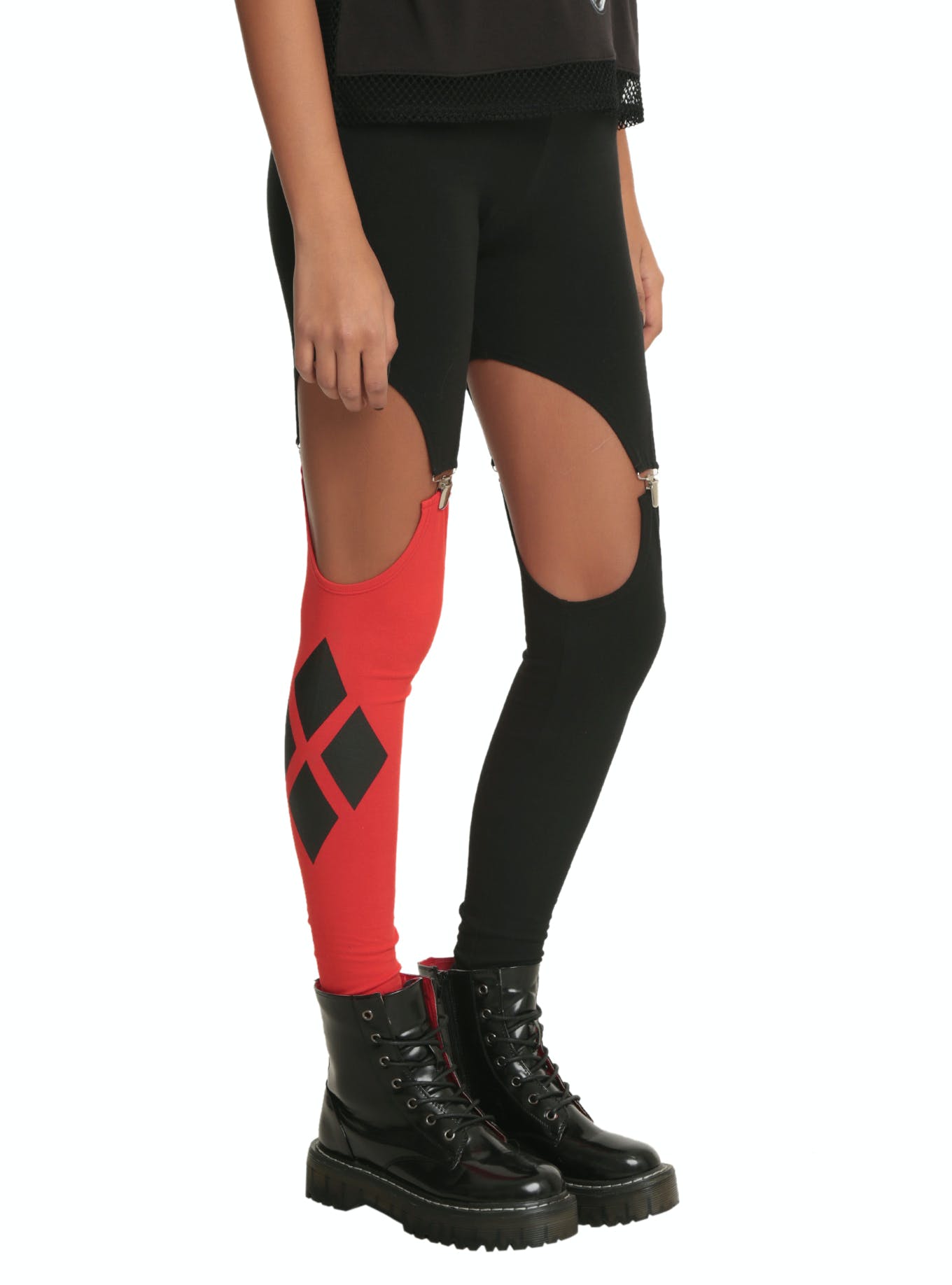 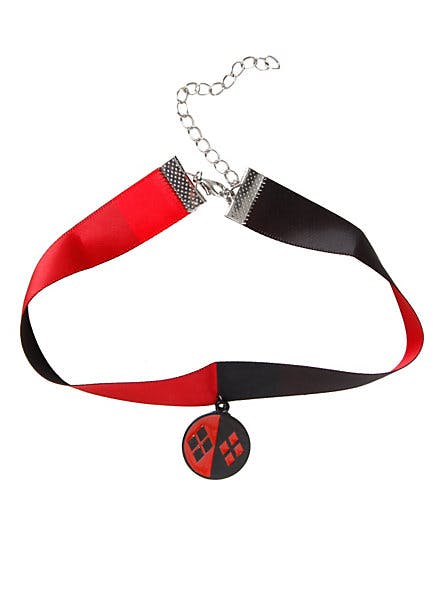 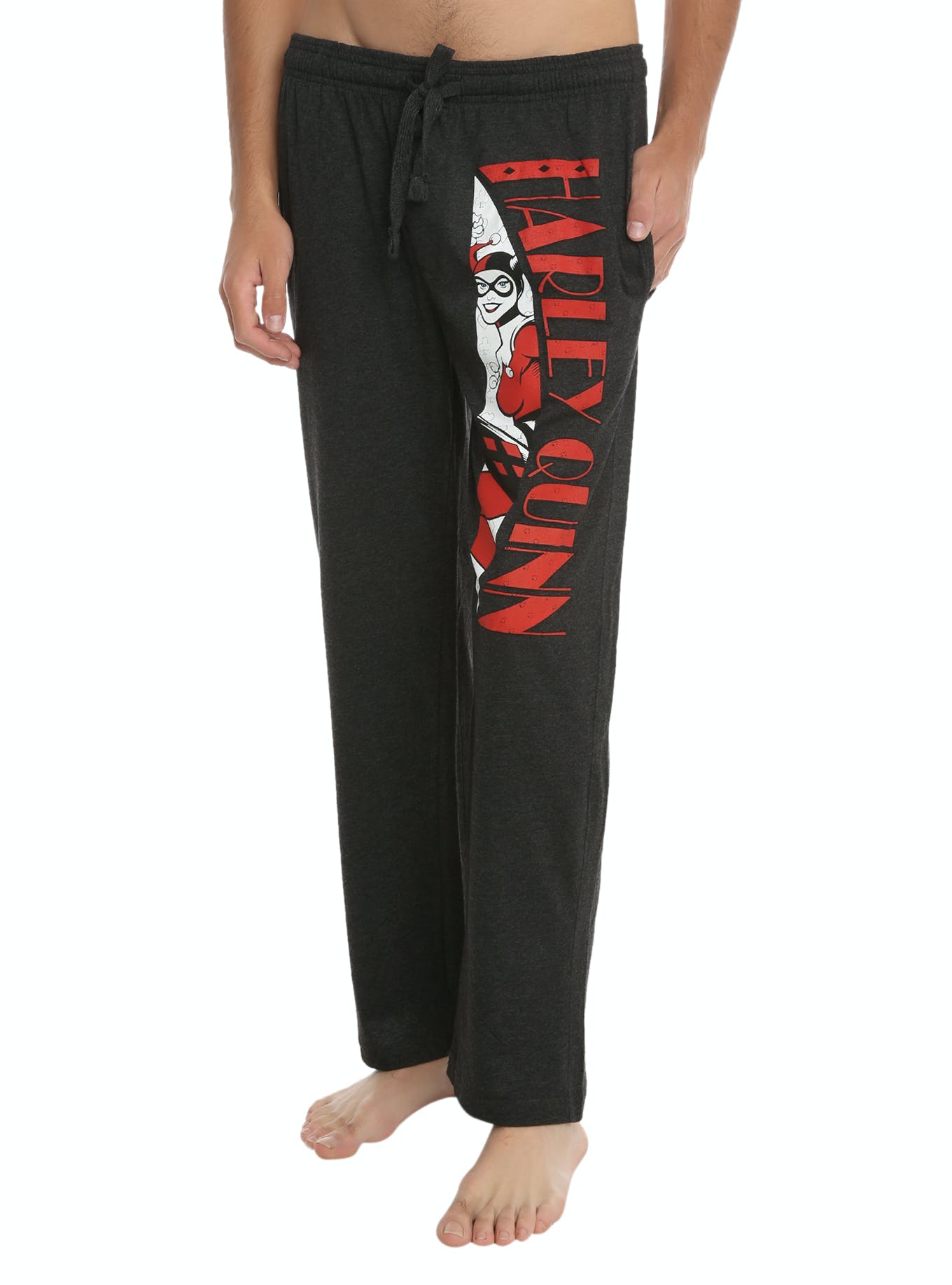 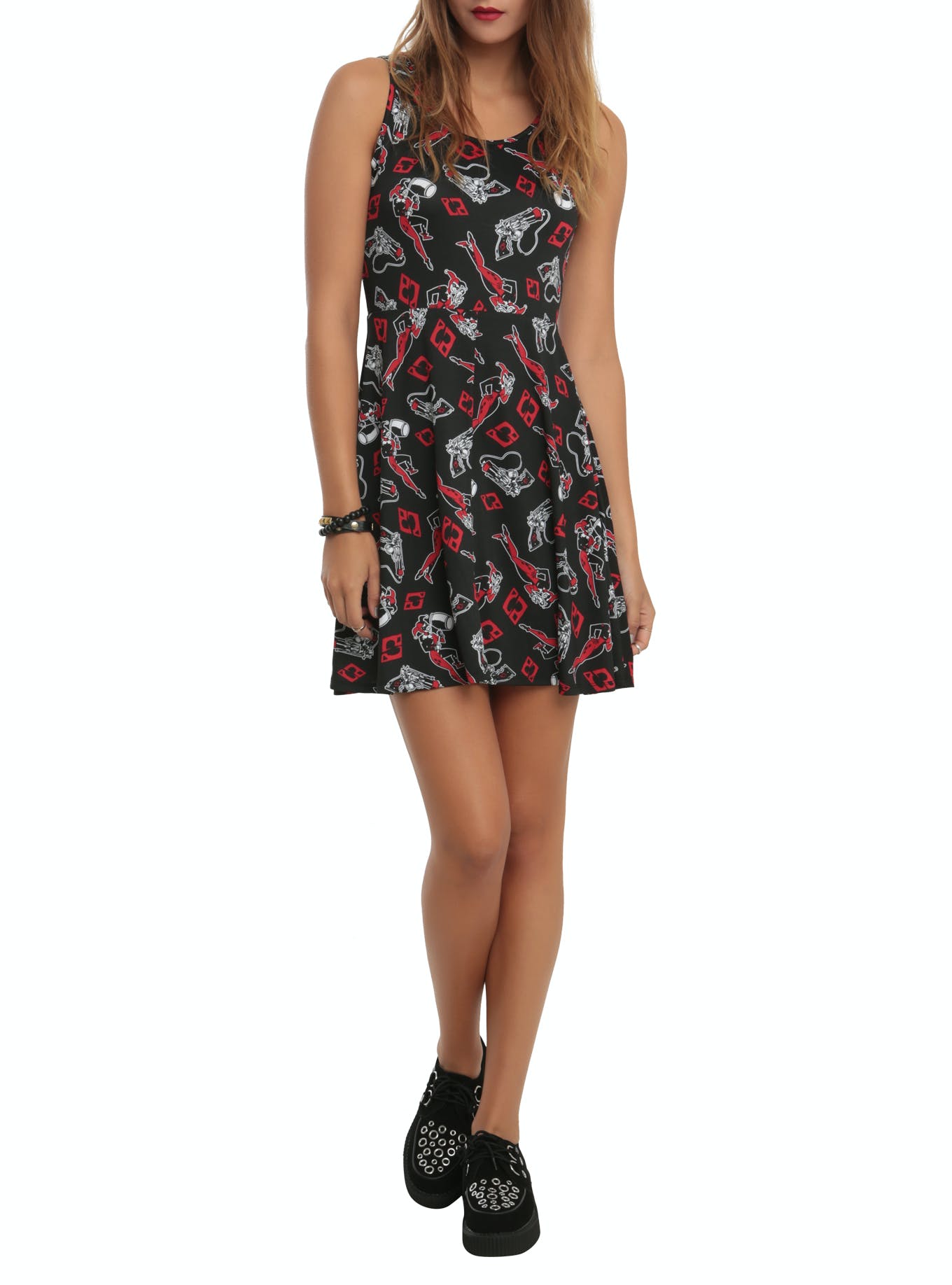 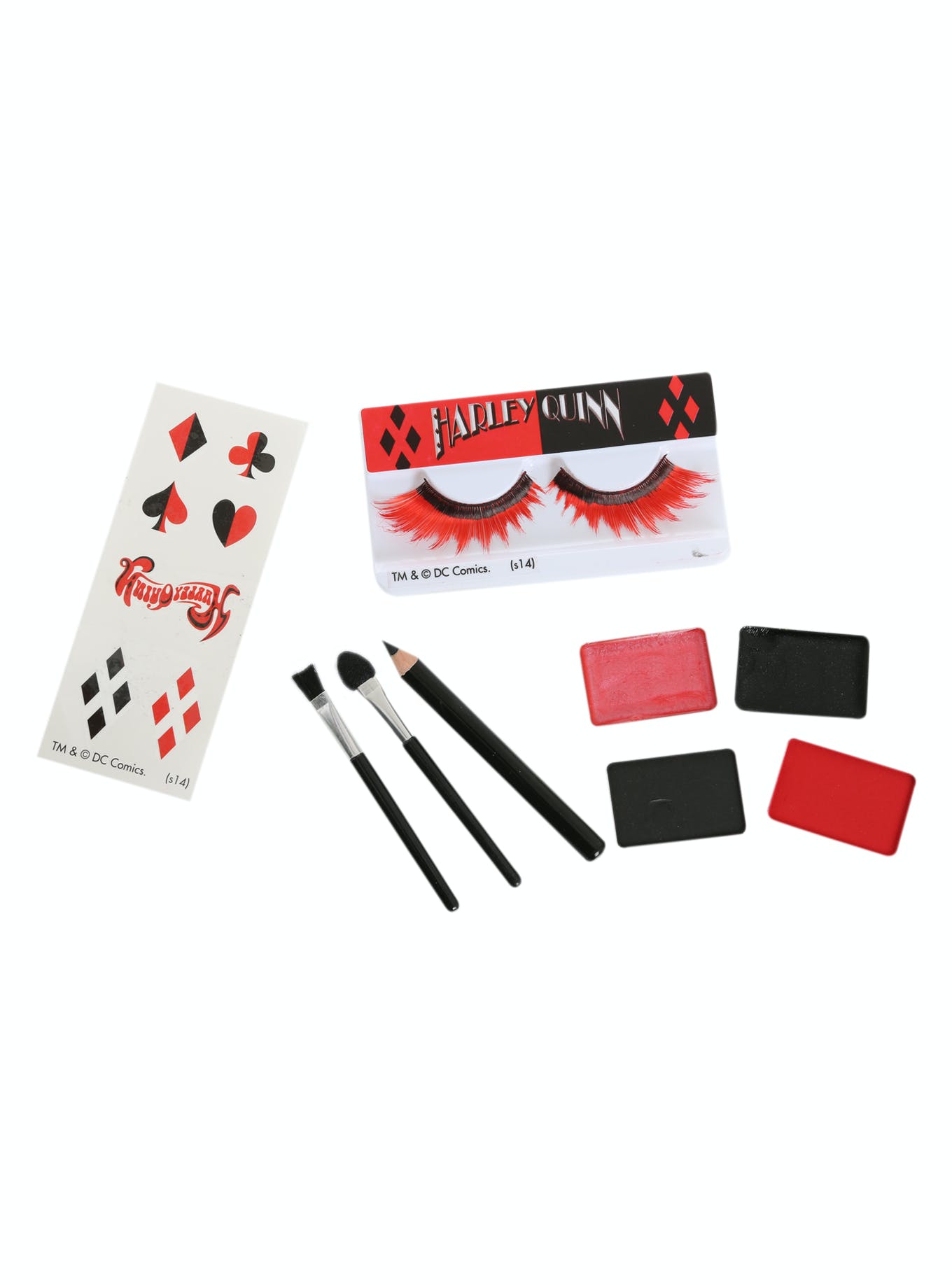