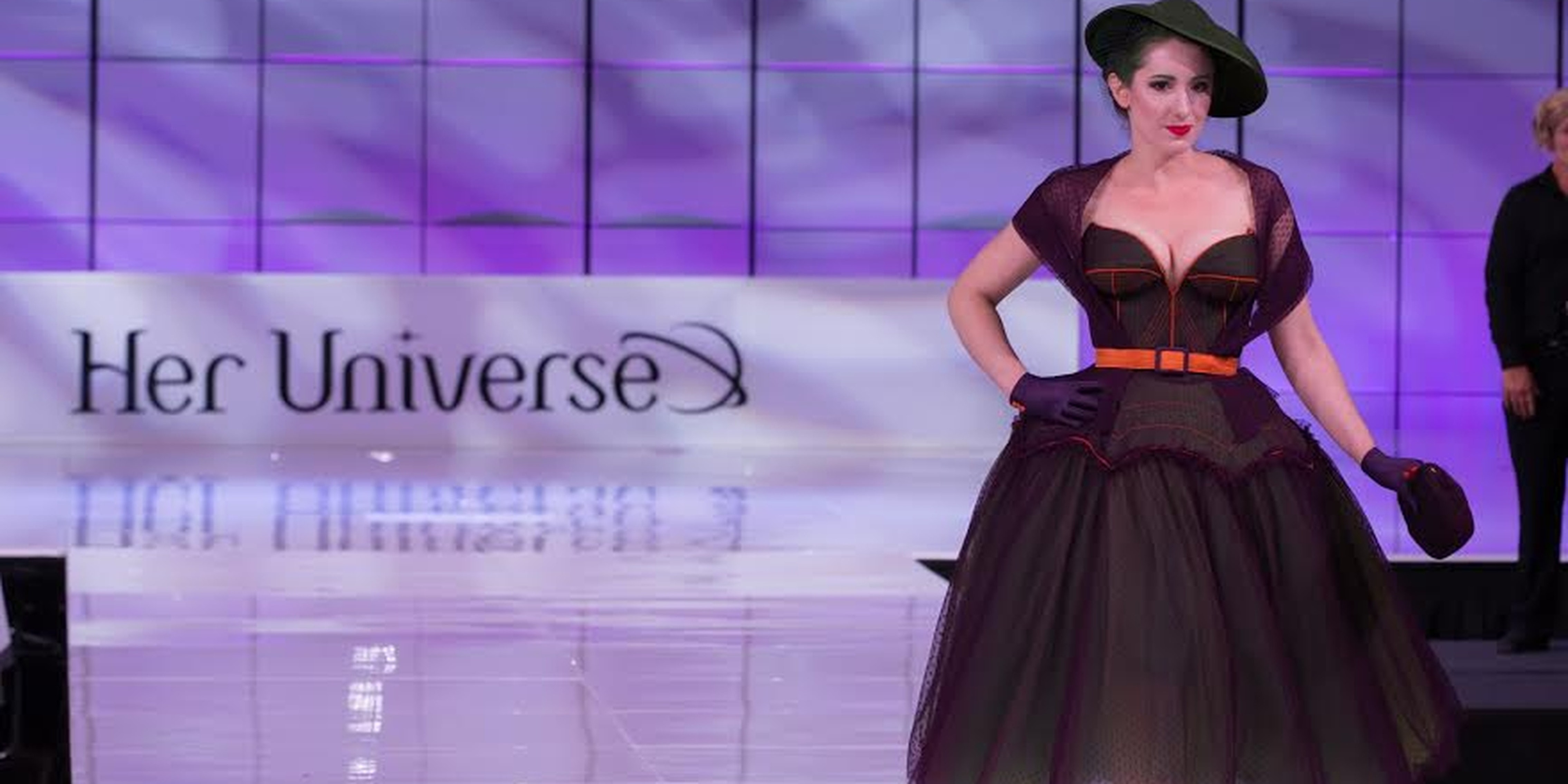 Geek-girl fashion is having a moment.

Not content to settle for a men’s cut T-shirt to show their fandom anymore, women are demanding fashion that fits them. Enter the clothing company Her Universe, founded by actress Ashley Eckstein, and its annual fashion show at San Diego Comic-Con, which presented to a standing-room-only crowd of geek couture devotees Thursday, celebrating the intersection of fangirl and fashion. Image via Her Universe 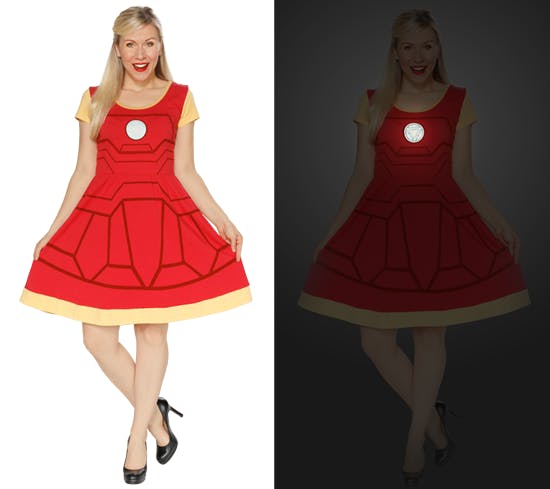 Image via Her Universe

The event kicked off with a brief display of Her Universe’s new line of outfits, with everything from lightsaber skirts to an Iron Man cap-sleeve dress that actually glows. However, the main event was the amateur designers competition, where 25 female designers sent their most imaginative geek-inspired looks down the runway.

Themes ranged from a pop-art style Bob’s Burgers two-piece to an evening-wear-ready Last Unicorn silver gown. Each designer got a chance to talk about her inspiration and what the emergence of geek fashion as a category meant to her.

“We are fashionable and we have money to spend,” exclaimed designer Jennifer Newman in her video piece. Attendees gasped when a Death Star dress came accompanied with a TIE fighter clutch. The show-stopping final gown, inspired by the Alien franchise, would have been right at home at Fashion Week.

There were two winners, each of whom will design a collection for Hot Topic, one of the show’s sponsors. Designer Kelley Cercone was picked by the judges for her Batman-themed ensemble, “Joker’s New Look,” which she modeled on the runway. The audience voted for Leetal Platt, who delivered a transformative Sailor Moon ensemble that went from day look to flowing ball gown. The world of geek-fashion chic is set to go beyond the Comic-Con stage next year. Lionsgate announced Friday that the Her Universe Fashion Show will become a reality series on its Comic-Con International SVOD service in 2016.

The series will begin with this year’s fashion show and winners, then chronicle the lead-up and behind-the-scenes work for next year’s event. Hot Topic also announced three of their upcoming lines based on popular geek titles. They’ll debut fashion inspired by Doctor Who, The Nightmare Before Christmas, and American Horror Story, and they’ll re-run the 2014 Her Universe winner’s sold-out line.