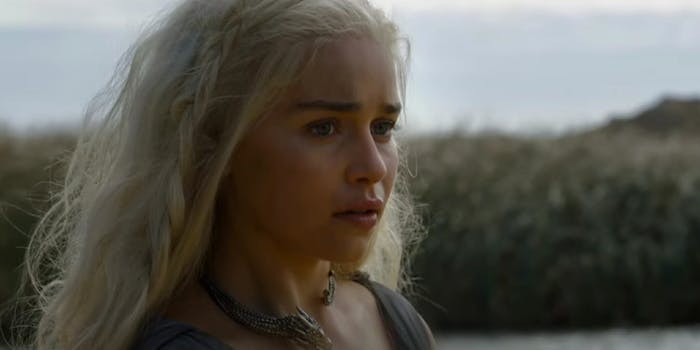 Jon Snow is back, but we don't hear his voice.

HBO is already looking ahead to a 2016 full of Game of Thrones spoiler speculation. A new promo for its upcoming TV shows and films gives us our first look at new season 6 footage, as well as yet another tease to a popular Jon Snow theory.

We’ve already dissected the poster and the first trailer full of dialogue, but several seconds of footage from season 6 gives us plenty to analyze. Let’s dive in, shall we?

The new footage starts around the 2:15 mark, when we’re introduced to Daenerys Targaryen, one of the main faces of the show. She’s still wearing the white dress she donned from last season, now turned gray, and her hair is disheveled. Chances are, the khalasar surrounding her didn’t just return her and Drogon to Meereen. 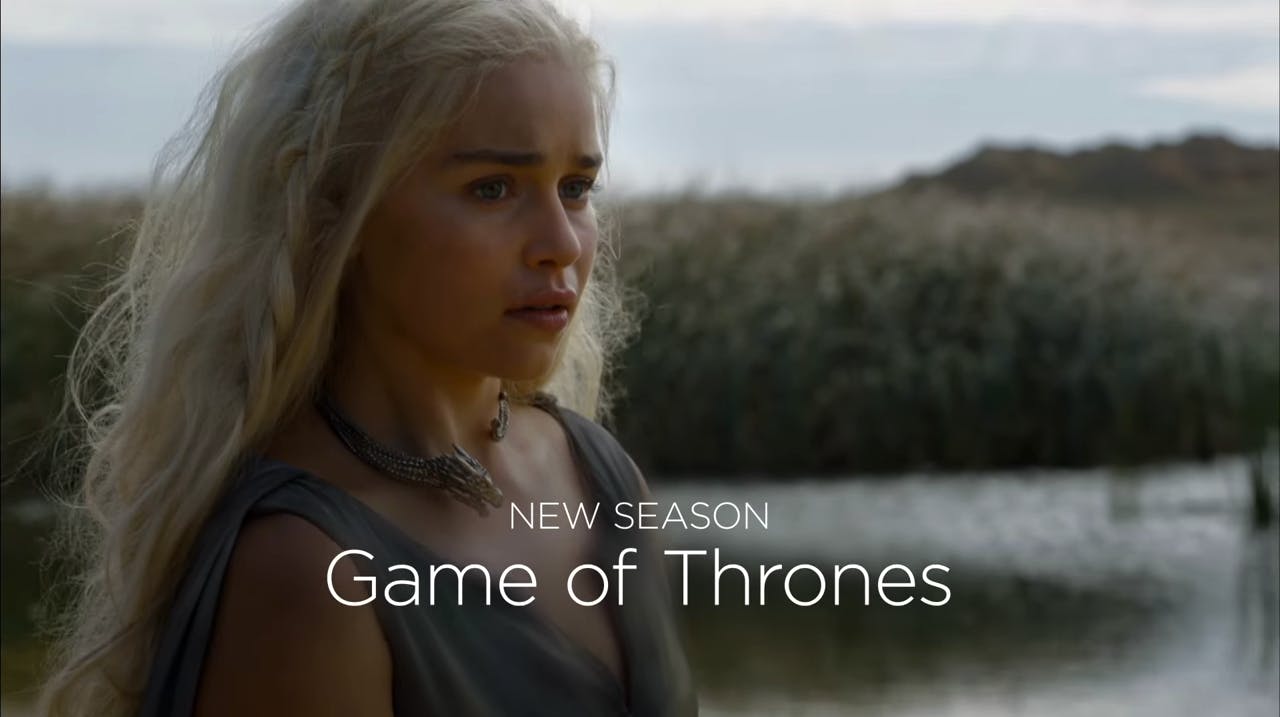 Next, we see Ramsay Bolton, who looks as if he’s preparing for battle. He’s got the Bolton banner, which illustrates a flayed man, and his men behind him. But is he riding into battle or a full search for his now-missing wife Sansa Stark and plaything/torture victim Theon Greyjoy? 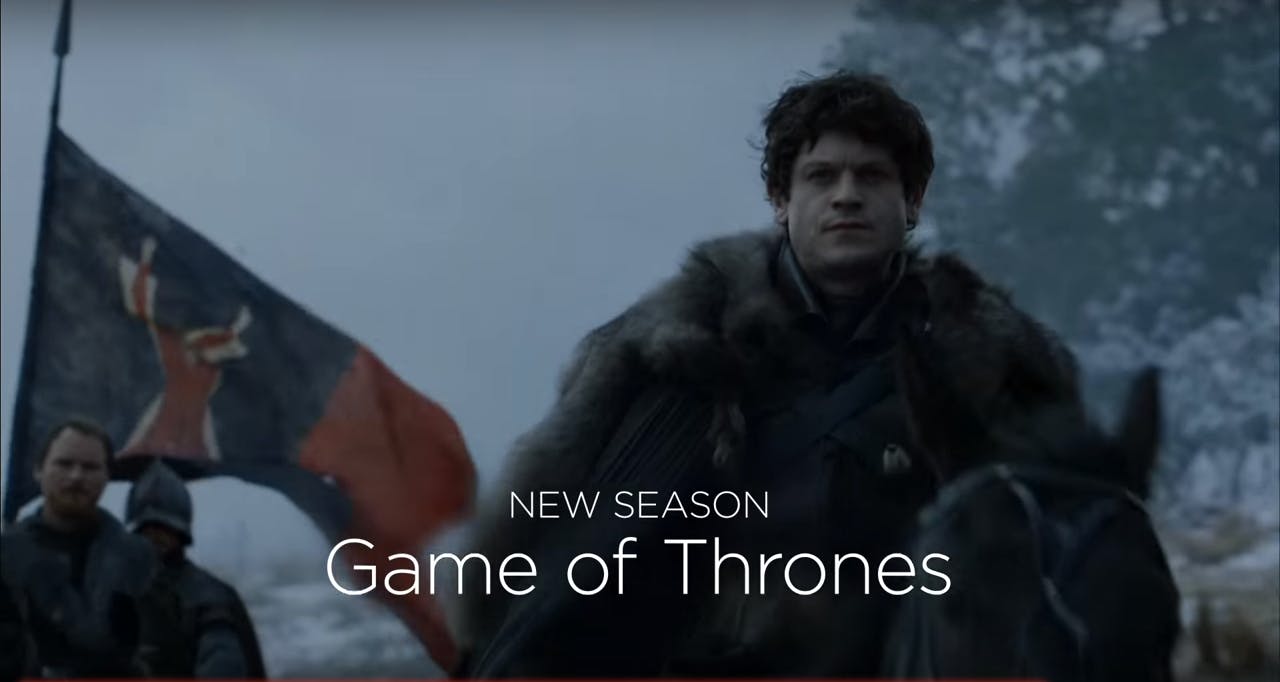 And finally we’re shown a brief reunion between Cersei Lannister and her son King Tommen Baratheon. After her walk of atonement last season, she’s reunited with her only remaining son—after she’s cleaned up a bit. But how happy is it? It’s unclear if the news that Cersei’s only other living child has been murdered has reached her ears yet, or whether Tommen’s wife has been released from jail. 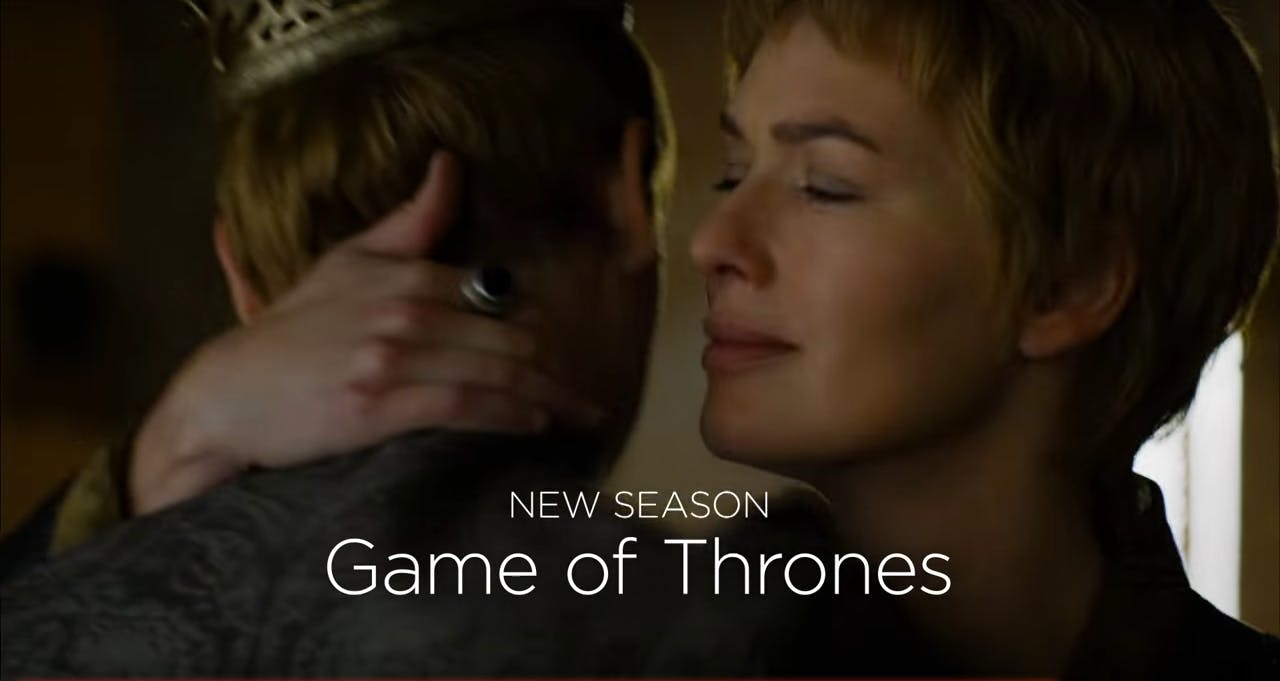 The more curious juxtaposition comes right at the beginning of the video. It focuses on a very-much-alive Jon Snow, but it’s not his voice you hear speaking.

“This power in you,” Melisandre says. “Do you feel it?”

It’s dialogue taken from when Melisandre tries to seduce Jon in “Sons of the Harpy.” He resisted her then, but what about now? She’s at Castle Black when Jon meets his end—and without Stannis Baratheon, no less—and it leads to a curious question. She knows that priests of R’hllor can bring back the dead, but will she be compelled to attempt resurrecting Jon to try and awaken that power?

We can only wait and see.