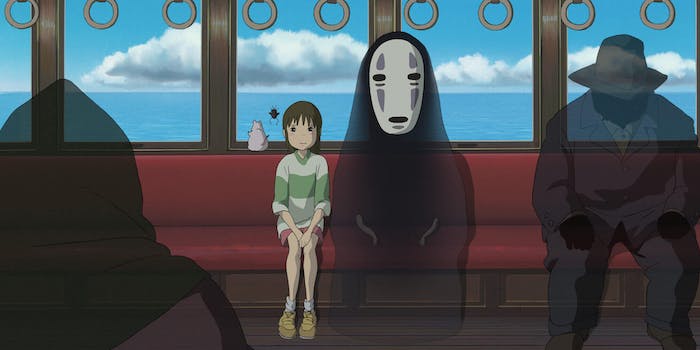 Every Studio Ghibli movie will stream exclusively on HBO Max

Until now, Studio Ghibli movies like 'My Neighbor Totoro' and 'Spirited Away' were impossible to legally stream online.

After a long period of being totally unavailable online, you’ll soon be able to stream every Studio Ghibli anime film. HBO has finalized a deal for the full Studio Ghibli library to stream exclusively on HBO Max, starting next year.

Studio Ghibli is known for making critically acclaimed family-friendly anime films, most of which were directed by legendary Japanese filmmaker Hayao Miyazaki. The studio’s back-catalog includes international hits like Princess Mononoke and Spirited Away, but none of these films are available on any streaming services—or even to rent or buy. Up until now, Studio Ghibli actually had an explicit policy against digital releases, which is why you still can’t legally watch classics like My Neighbor Totoro online. But that will all change next year.

HBO settled its streaming deal with Ghibli’s North American distributor GKids, instantly making HBO Max a big draw for anime fans. All but one of Studio Ghibli’s 21 films will be available to stream when HBO Max launches in spring 2020, with 2013 historical movie The Wind Rises arriving to complete the collection in the fall.

Launching as yet another competitor to streaming services like Netflix and Hulu, HBO Max will include all of HBO’s original TV shows and movies, along with new content like a Jordan Peele/J.J. Abrams horror series, and – a very big deal in the streaming wars – every season of Friends.