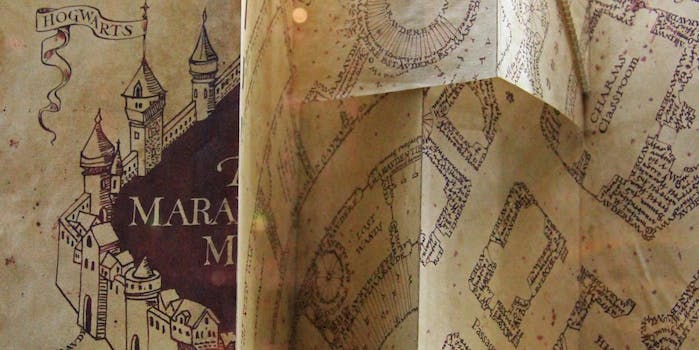 Moony, Wormtail, Padfoot, and Prongs would be proud.

A creative and talented Harry Potter fan managed her mischief in the best way possible by creating a stunning Marauder’s Map dress. While the dress was made for last year’s LeakyCon, redditor thewintersgo only recently shared images of her magical creation on Imgur and Reddit.

She explained on Imgur that it took her a week to create the dress using canvas and fine-tip Sharpie. She based her design on the Noble Collection’s replica Marauder’s Map, but she also added some flourishes of her own.

“Fun fact, everything from Dumbledore’s office to the tower on the right is completely made up,” she wrote. “It was the last thing I did and I was familiar enough with the style of the map to totally make shit up because I got tired of copying it meticulously and wanted to get more creative for a little portion of it.”

She included a number of Harry Potter characters on the dress as well. 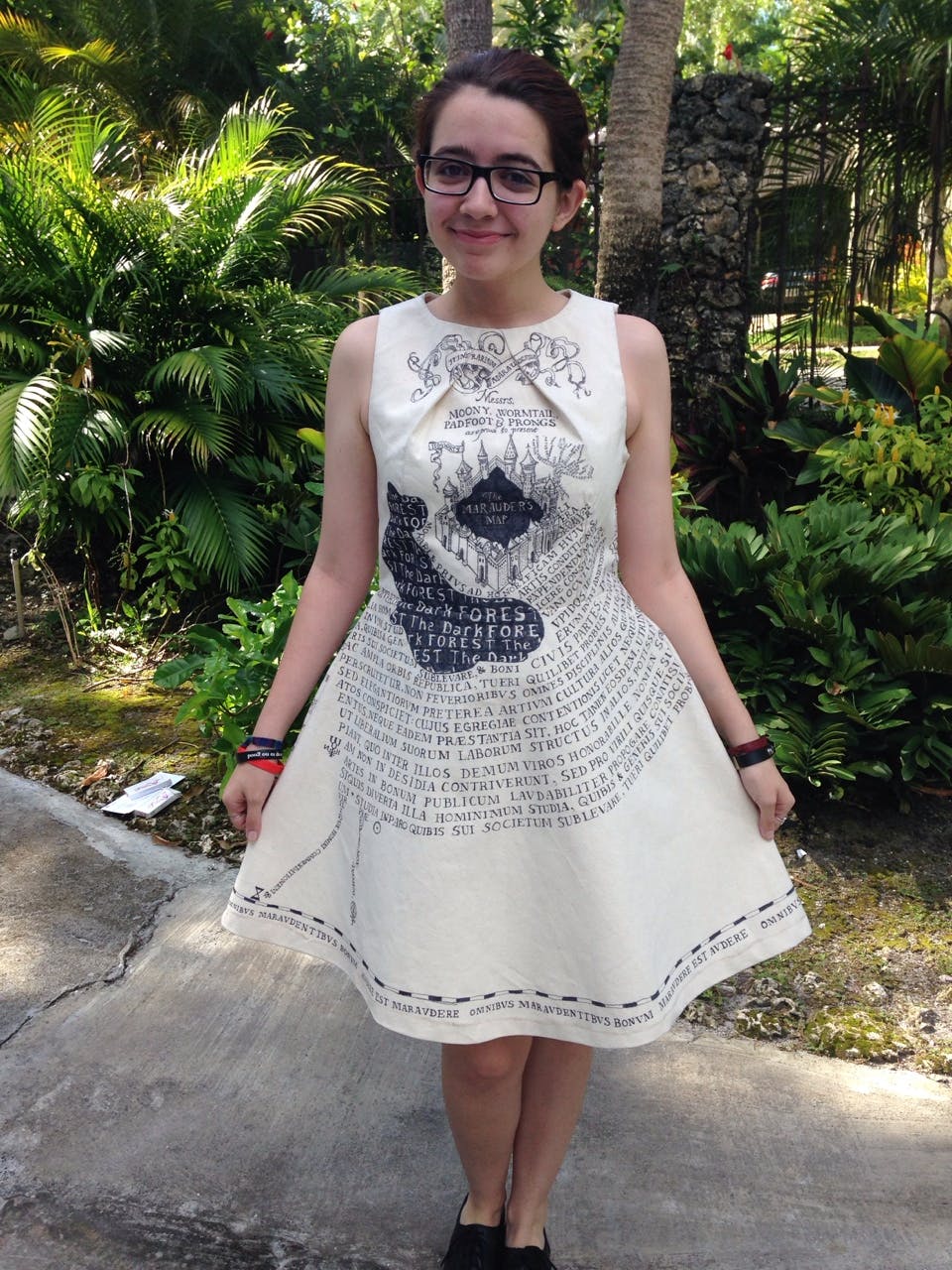 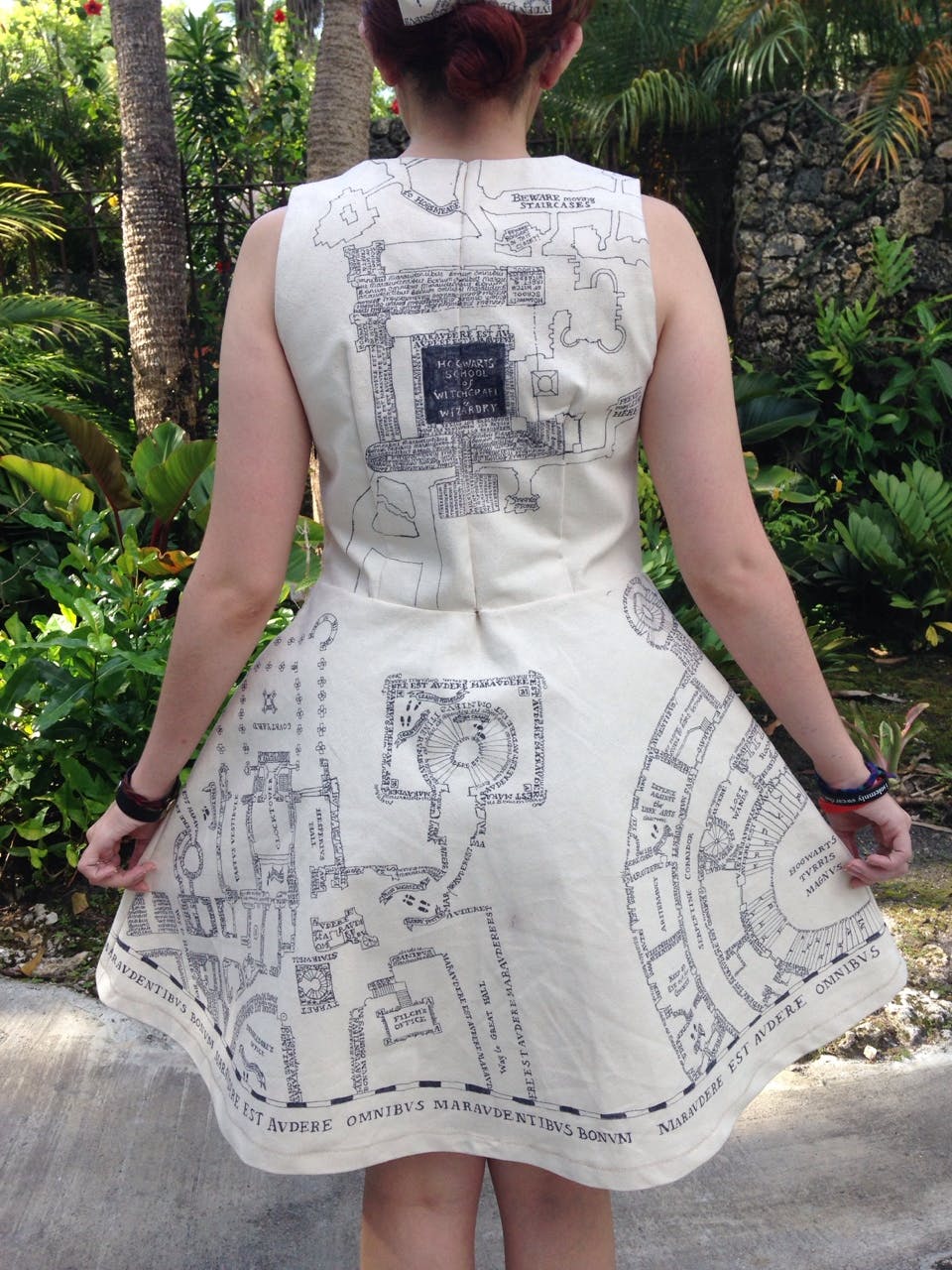 It’s hard to believe, but this detailed dress is her first one. It might be her last, however, as she said on Imgur that it was “far too much work (and strain on my sewing machine—4 layers of canvas is THICK) to ever make another one, but it was worth it!”

You can learn more about her dress on Imgur and Reddit and see a few more photos below. 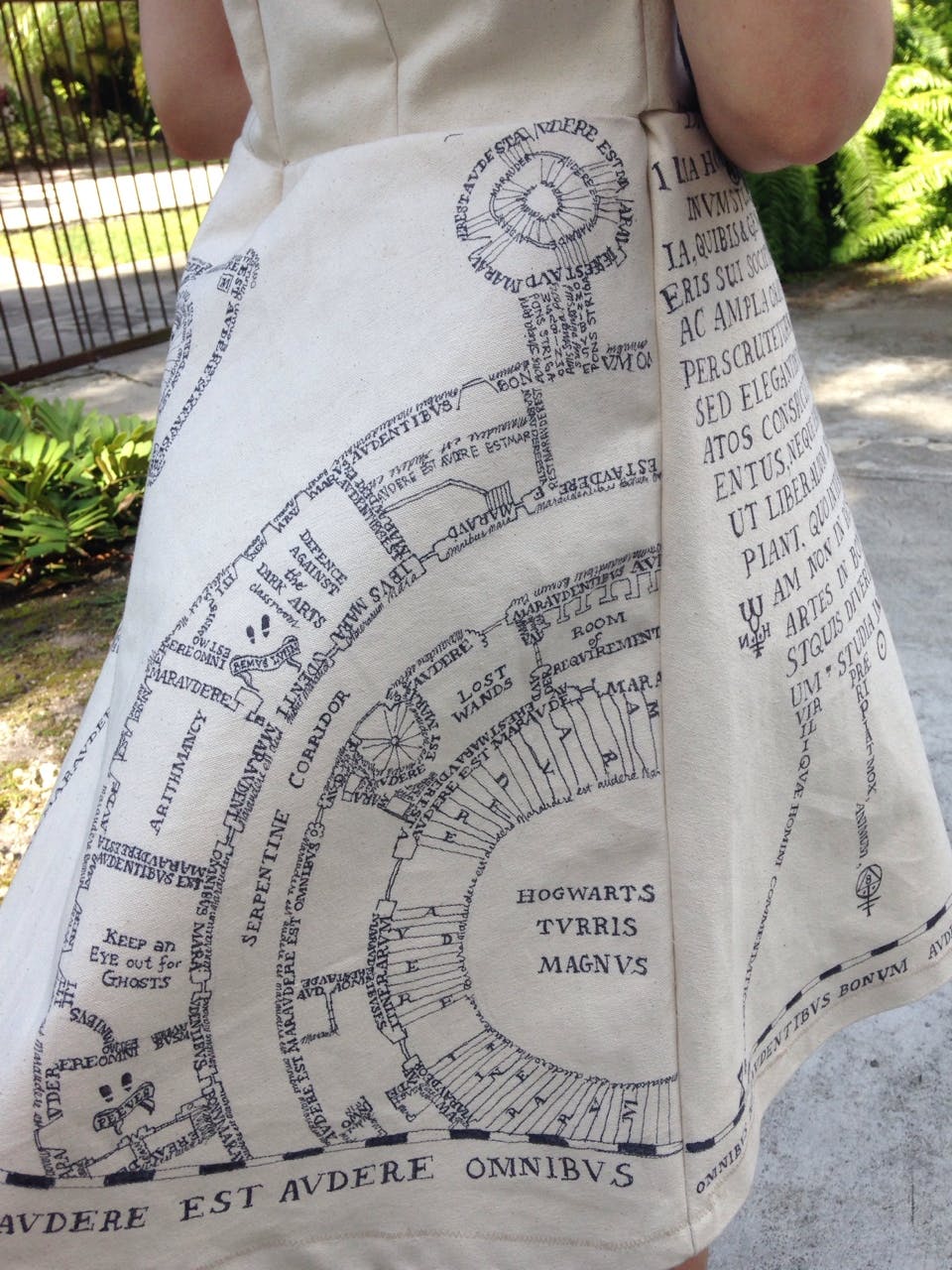 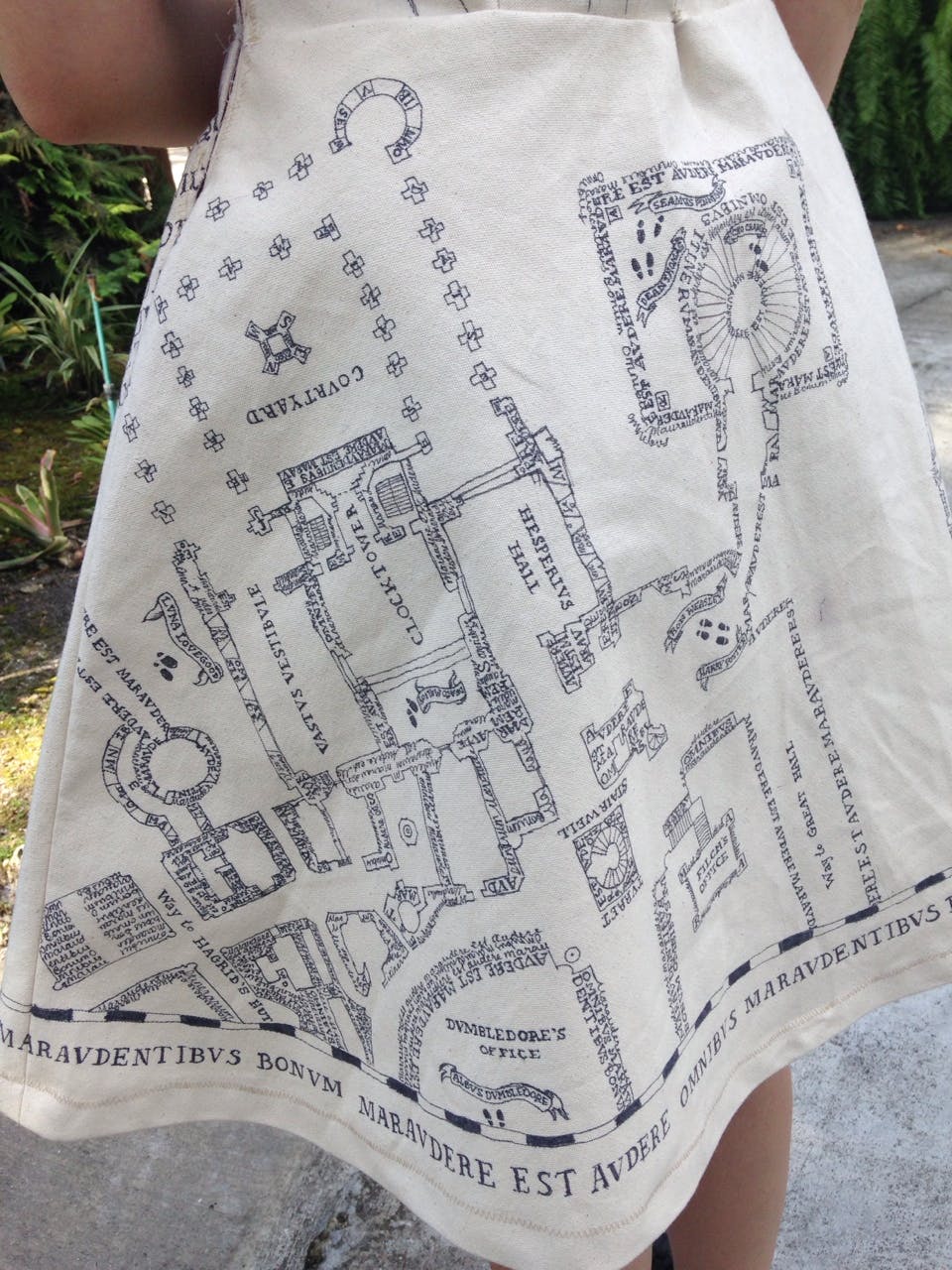 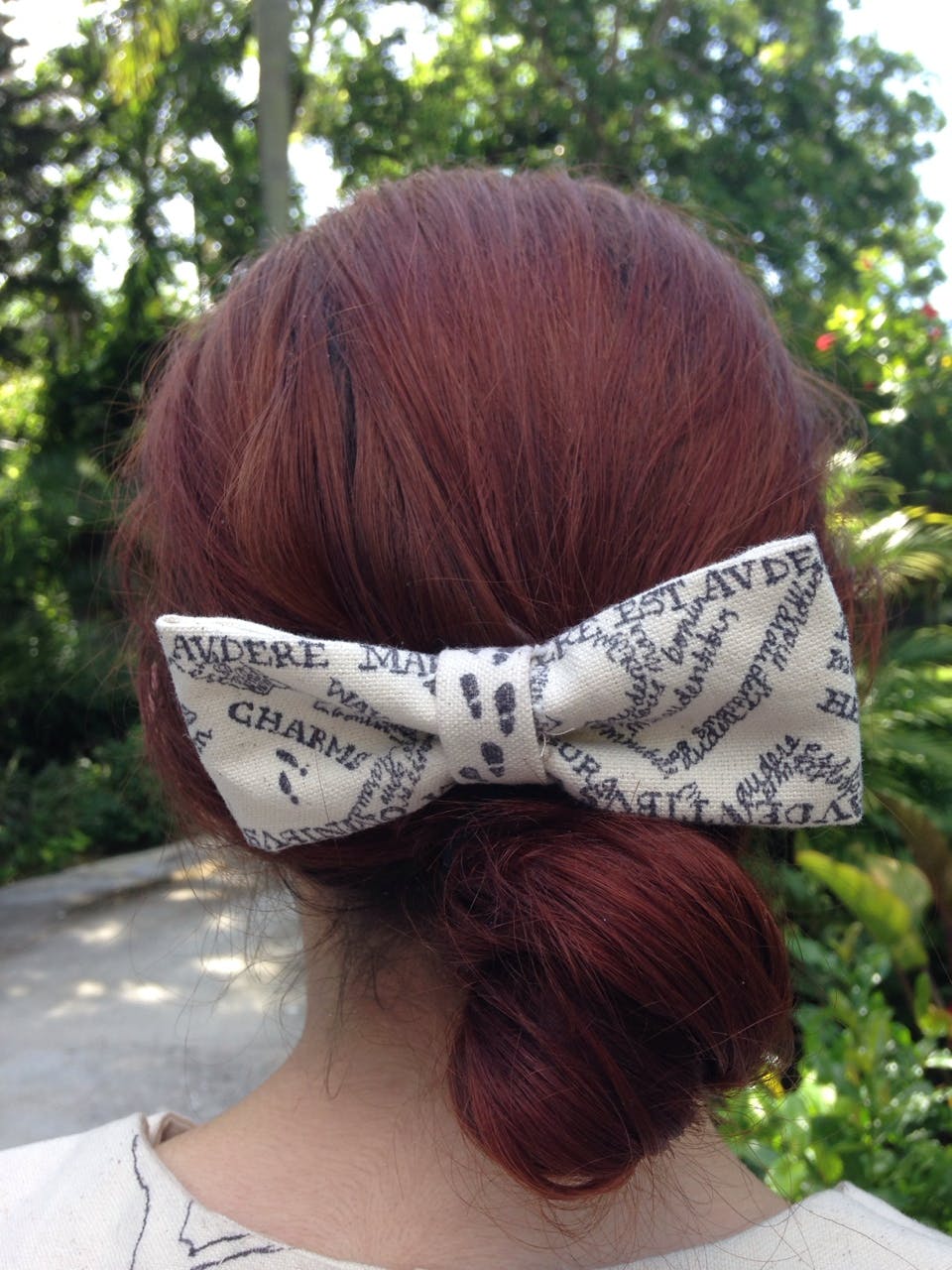