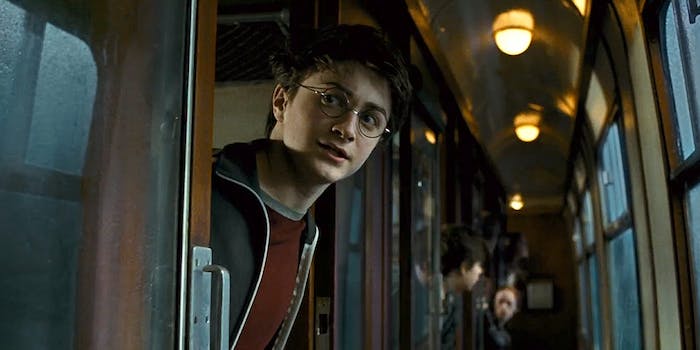 Every ‘Harry Potter’ movie is coming to HBO

HBO's kicking off the arrival with a mega marathon.

HBO is summoning every Harry Potter film to its airwaves and streaming services for Muggles to enjoy starting Jan. 1, 2018.

Although it’s been several years since the last Harry Potter movie released in theaters, the series have yet to adapt to streaming. If you want to watch the movies, you have to either own them on DVD, Blu-ray, or digital; rent them on services like Amazon, Google Play, or YouTube, or hope to catch one of the many Harry Potter marathons that air on Freeform (previously known as ABC Family). But soon all eight films will be available on HBO channels, HBO On Demand, HBO Go, and HBO Now, joining Fantastic Beasts and Where to Find Them (currently airing and streaming on HBO) under one roof.

Not only will fans be able to watch the series unedited and without commercials, they can stream and create their own marathons whenever they want.

“We are delighted to welcome the Harry Potter films to our catalog of award-winning original programming and crowd-pleasing theatrical films,” Bruce Grivetti, Executive Vice President, Business Affairs and President, Film Programming, said in a statement. “HBO has a long-standing reputation as the home of the best classic and recently released Hollywood movies, and having the Harry Potter franchise furthers our objective to bring quality entertainment to our subscribers across all of our platforms.”

To celebrate the announcement, HBO released a short, animated video featuring the Marauder’s Map that Harry receives in Prisoner of Azkaban.

We solemnly swear that we are up to no good.
All eight #HarryPotter movies are coming to #HBO January 1, 2018. pic.twitter.com/GgY63oX2mG

HBO is also hosting its own Harry Potter marathon on New Year’s Day, giving fans—as well as some who might need something to watch while nursing a hangover—something to do after ringing in 2018. Starting at 9am ET/PT, it will air every Harry Potter movie in order of release, which will end with Fantastic Beasts early on Jan. 2. After that, each film will air nightly on HBO Family at 8pm from Jan. 2 to Jan. 10.

And if you miss this marathon? You can always grab your butterbeer, sit back, and stream it.