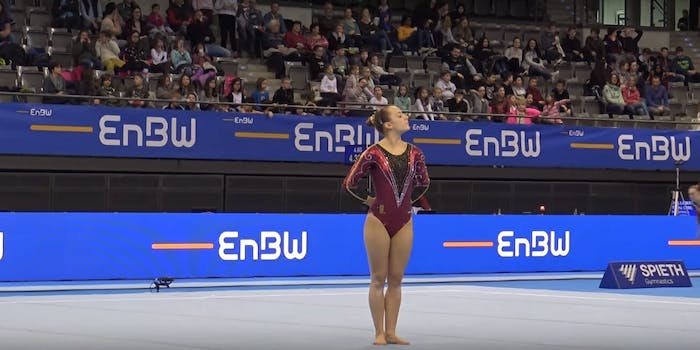 This gymnast choreographed a routine to the 'Harry Potter' music.

Seventeen-year-old gymnast Axelle Klinckaert is a huge Harry Potter fan, and she decided to express her love through a Potter-themed routine. Using a medley of Harry Potter movie music, she incorporated wand movements and owl impressions into her choreography. Whoever said athletes can’t also be total nerds?

Competing for Belgium, Klinckaert won medals at European events in 2014, 2015, and 2016, but missed out on the 2016 Olympics due to an injury. She competed using her new Harry Potter routine in Germany last month, hopefully setting the stage for a comeback.