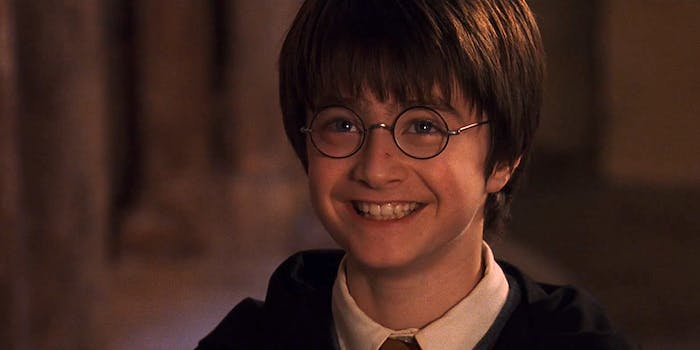 Screengrab via Harry Potter and the Sorcerer's Stone/Google Play

Get ready for a documentary on the history of Harry Potter

Fans will get a close look at never-before-seen artifacts and drafts from the series.

Harry Potter turned 20 this year, and in the midst of a very big year for fans, the BBC is debuting a brand new documentary that will dive into Harry’s world.

Titled Harry Potter: A History of Magic, the BBC Two documentary will give fans a close look at the Harry Potter exhibition that will open at the British Library on Oct. 20, which will celebrate 20 years of Harry Potter. With interviews from fans and creators, it will explore some of the real-life inspirations behind the Wizarding World’s magical creatures, items, and people. For fans who won’t be able to attend the exhibition, it will showcase some of the items on display, which include original drafts and drawings from J.K. Rowling and illustrator Jim Kay, who worked on the illustrated editions of Harry Potter.

Rowling will also be involved with the documentary and will discuss “some of the personal items she has donated to the exhibition.”

“We hope our arts programming will cast a spell over audiences with an in-depth look at the real-life inspirations for J.K. Rowling’s magical world,” said Mark Bell, Head of Commissioning, BBC Arts, in a press release.

Harry Potter: A History of Magic does not yet have a scheduled air date.