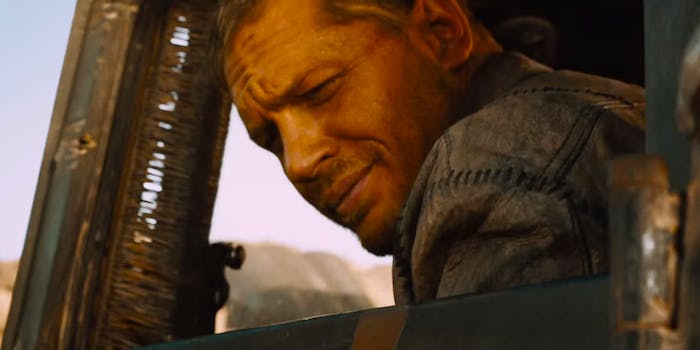 The rebooted franchise is progressing with a bang, not with a whimper.

Although it hasn’t been officially announced by the studio, Mad Max franchise director George Miller is already hard at work on the sequel to Mad Max: Fury Road. Earlier this week he joined Twitter to share his excitement with fans:

And thanks to a segment he recently did on the Q&A podcast, we now know what that sequel will be called: Mad Max: The Wasteland.

As CinemaBlend points out, plans for a sequel varied quite a bit during Fury Road‘s long pre-production stage. (You can see gorgeous concept art from the planning stages at io9.) At one point the sequel was to have picked up where Fury Road ends, and would have been called Mad Max: Furiosa. As exhilarating as that prospect would have been for fans of Charlize Theron’s powerhouse performance, there will still be plenty of Furiosa to come. Miller also revealed on the podcast that the journey to Fury Road had left him with plenty of material for additional stories; some of Furiosa’s story has already been worked into the upcoming tie-in comic books from DCs’ Vertigo imprint.

Given that Fury Road had no script and proceeded from extremely careful storyboarding, it will undoubtedly be a while before we know more concrete details about the next film. But if it’s anything like its predecessor, which opened to stellar reviews after a three-decade delay, it should be worth the wait.

Fury Road opened in second place this weekend behind Pitch Perfect 2, but has already grossed over $44 million at the domestic box office. With fans hailing it as a groundbreaking, surprisingly feminist work, the only real question on our minds is this:

How will Miller be able to top himself?

H/T The Playlist | Screengrab via MovieClips/YouTube