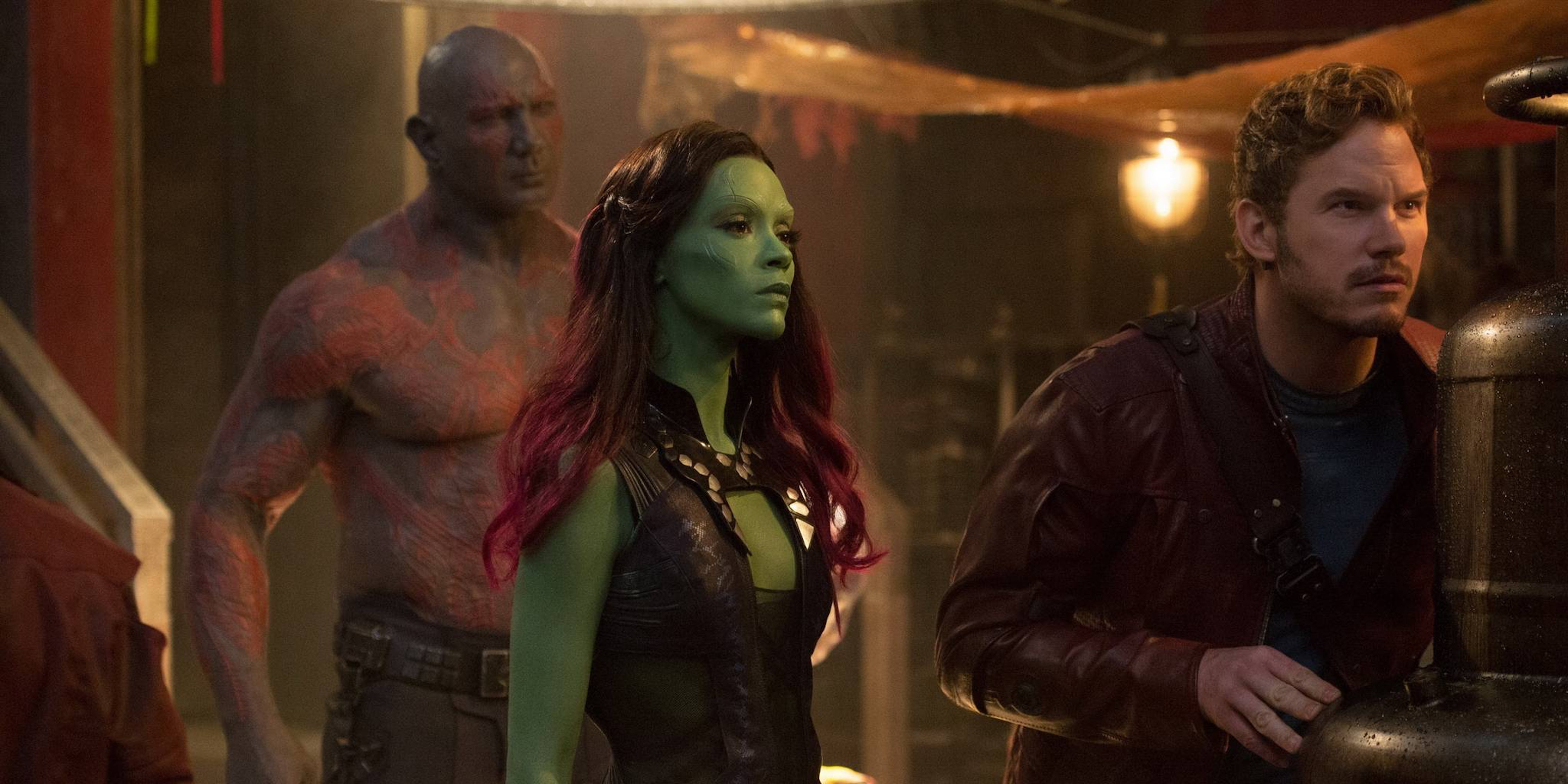 Where’s Gamora in the new ‘Guardians of the Galaxy, Vol. 2’ trailer?

In the latest trailer for 'Guardians of the Galaxy Vol. 2,' Gamora remains suspiciously silent.

Zoe Saldana is the star of three massive sci-fi franchises, so why is she such a nonentity in the latest trailer for Guardians of the Galaxy Vol. 2?

The new trailer came out this weekend to a rapturous reception from Marvel fans. It looks just as fun as the first movie and reintroduces each of the Guardians in an entertaining way… except Gamora.

Take a look for yourself. The four male characters all have clear personality traits and exchange funny banter—including Groot, a baby tree who can only say three words. Meanwhile, Gamora gets no dialogue at all, and her most significant role is to be the long-suffering object of Star-Lord’s affections.

Basically, Gamora’s job is to be The Girl. The trailer introduces a new female character (Mantis, played by Pom Klementieff), but she’s just there to highlight Star-Lord’s feelings for Gamora in a scene where two male characters get to be funny while Gamora remains silent.

This is disappointing on a couple of fronts. When the first Guardians movie came out, retailers were criticized for stocking merchandise for the male characters but not Gamora, prompting the #WheresGamora hashtag. Then a couple of months ago, writer/director James Gunn touted his feminist vision for Vol. 2, saying it would go beyond just passing the Bechdel Test.

“I am sick of stories where there are a bunch of fully realized male characters and one female character, whose primary characteristic is simply being ‘the girl’ or the personality-less object of some man’s affections.”

In fairness, this is only a trailer, and trailers aren’t always an accurate representation of the movie itself. But unfortunately for James Gunn and any fans of Gamora, this is how Marvel Studios decided to market Guardians of the Galaxy, Vol. 2: as a film about four funny, quirky male characters, and a forgettable woman who doesn’t speak.