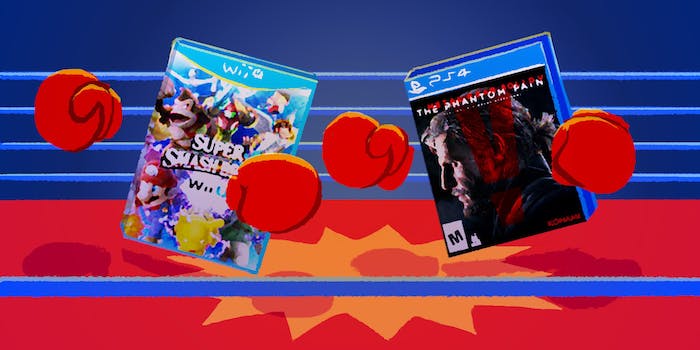 How do you quantify your love for your favorite games?

If you don’t face a bunch of “Oh my God, how do I choose?” moments between two of your favorite video games, you’re taking GameFAQs’s new survey wrong.

The video-game website is celebrating 20 years of being a top destination for gaming resources by hosting its third Best. Game. Ever. competition. The site acknowledges that this is not actually about the “best video game ever” from any critical perspective. Instead, it’s a popularity contest that measures the preferences of the GameFAQs community.

You can enjoy your own personal version of the contest on Tumblr. The survey takes all 128 games entered into the GameFAQs voting process and begins pairing them up, forcing you to pick one over the other and winnowing the options that way.

The survey should take between 10 and 15 minutes to complete, depending on how many times you get stumped and really have to think about it. I encountered a bunch of really tough choices.

The final results accurately reflected my preferences, so it was worth powering through all the head-scratching moments. Give the survey a try and see if the results speak to your preferences.