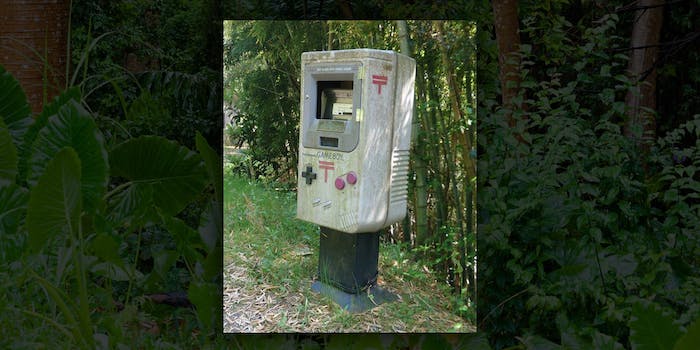 Someone found this incredible Game Boy mailbox in Japan

What if your mailbox could be an ode to your gaming loves?

No one likes to go to the mailbox to find more bills, but they might be a little easier to stomach if they were housed in, say, a giant Game Boy.

Japanese Twitter user Hirauchi Kota posted a photo of this incredible mailbox over the weekend, earning him tons of attention for the fabulous find.

Kota doesn’t seem to be the owner, but some lucky son of a gun is (although it could use a good dusting). We are guessing that this person just happens to be super handy with do-it-yourself projects, because a few other people out there have done the same to create appropriately geeky receptacles for their mail.

Looks like the #TARDIS has landed and waiting for…. mail??! Yes it is a cool mailbox – check it out… #DoctorWho pic.twitter.com/hQ8yEQTTLc Time to head to the craft store.