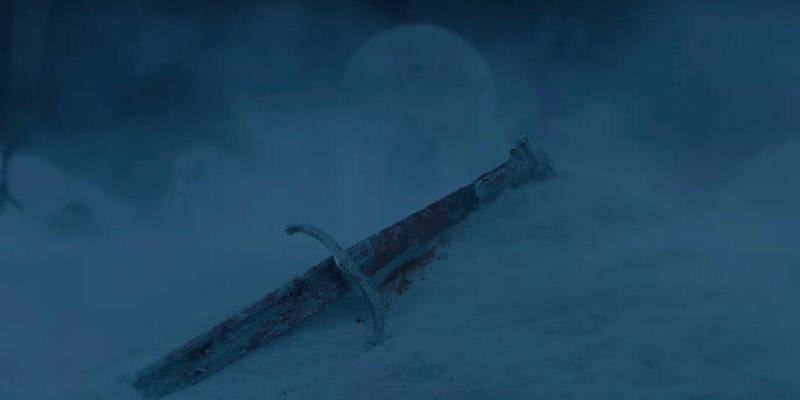 Game of Thrones’ eighth season will feature the show’s biggest battle to date, one that could have a devastating effect on the living. But what happens afterward? If HBO’s latest teaser is any indication, probably nothing good.

The latest trailer for Game of Thrones doesn’t feature any new footage. And although it’s certainly not something to take at face value—after all, HBO wouldn’t just spoil the outcome of the Winterfell battle right there—it goes to show just how many of the surviving characters will be at Winterfell for the climactic battle. The dead don’t need something as trivial as worldly possessions, but the living clings to them for one reason or another. Winterfell is full of them, which has been broken and abandoned in the trailer.

We have a bit of everything. We catch glimpses of Tyrion Lannister’s Hand of the Queen brooch, Arya Stark’s sword Needle, the feather that was placed at Lyanna Stark’s resting place, Bran Stark’s broken wheelchair, Jaime Lannister’s golden hand, the three-headed dragon chain of Daenerys Targaryen, and Jon Snow’s Valyrian steel sword, Longclaw.

What’s most interesting is the lingering shot of Longclaw. It’s a close-up, one that’s somewhat similar to the Longclaw shot from last year’s “Beyond the Wall,” and it zooms out amid the snow and wind. But in the background, you can spot someone slowly walking toward Longclaw. Is it Jon, the Night King, or someone else?

To drive home the idea that the dead are coming even further, Game of Thrones’ latest poster features a pile of bodies frozen in the snow in the shape of the Iron Throne. In the throes of winter, no one is truly safe.