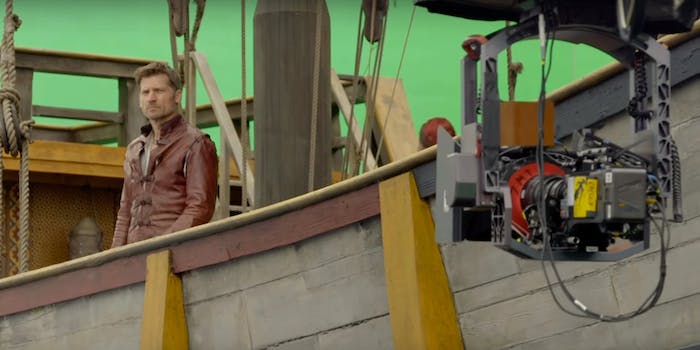 We still know nothing.

With less than two months until it premieres, we just got our briefest—but biggest—glimpse yet of Game of Thrones’s sixth season.

While HBO has released lengthy behind-the-scenes videos for previous seasons, it’s keeping its cards close with the release of its first featurette of the year. The video doesn’t offer new footage per se, but we do see a few deliberate reveals of what’s being filmed.

The featurette provides a fascinating look at how the show is made, including interviews with camera crew members, but if you only care about what’s going on in front of the camera, there are still some nuggets for you to digest.

Between what looks like a Winterfell flashback, large groups of Dothraki interacting with each other, some skirmishes, Jorah Mormont and Daario Naharis heading down an alley, and ominous shots of Jaime Lannister and Melisandre, this season is going to be full of action for us to pick apart. We don’t see Jon Snow, but at this point we’re not exactly surprised.

Now that book readers and show watchers are mostly on the same playing field, all we can do is wade through it together.