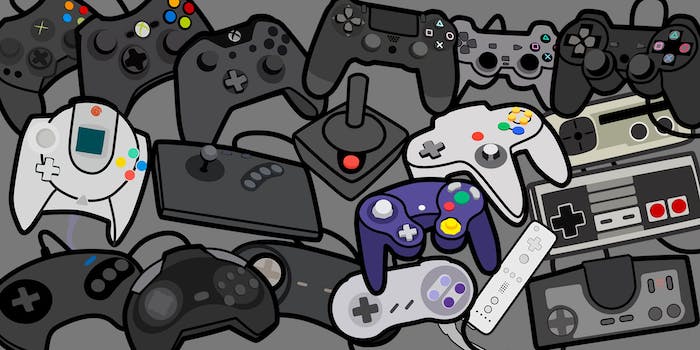 And you thought your Xbox One and PlayStation 4 were expensive.

Stop complaining about the prices of the Xbox One or PlayStation 4 you’re going to buy this fall to play all the big holiday game releases. People paid the equivalent of $786 in 1977 for an Atari 2600.

The now classic Atari game system had a retail price of $200 when it was released, but if you adjust for inflation the price tag rivals the total bill for an Xbox One and a PlayStation 4 today.

Gamers often sidestep the whole “console war” narrative by purchasing consoles from all the major hardware manufacturers—Microsoft, Sony, and Nintendo. We’re currently in the eighth generation of video game consoles. If you purchased all of the consoles—Xbox One, PlayStation 4, and Wii U—it’d cost you about $1,100.

But what if you wanted to own all the major fourth generation video game consoles when they came out in the late 1980s? A Super Nintendo Entertainment System, Sega Genesis, Neo Geo, and TurboGrafix-16 would have set you back a staggering $2,284 when adjusting for inflation.

To illustrate how game consoles actually compare, we put together this handy infographic. The next time you want to complain about the prices of consoles these days, remember what your video game forebears had to go through, you whippersnappers.