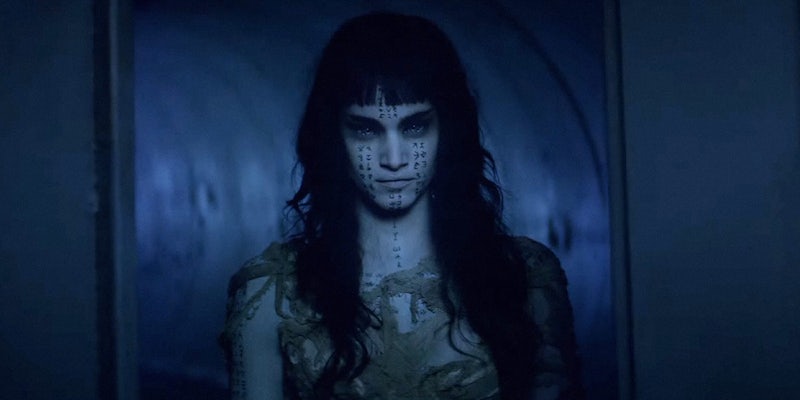 Each comparison gets more creative.

The Mummy reboot, which launches Universal’s Dark Universe, failed to woo critics—some of whom suggested viewers watch the Brendan Fraser Mummy series instead—and faltered at the U.S. box office next to Wonder Woman. But if you were still morbidly curious about the film, comic book writer Gail Simone’s scathing review can handily illustrate the experience of watching The Mummy without you actually having to watch The Mummy.

Simone, who’s written Wonder Woman, Birds of Prey, Batgirl, Red Sonja, and Secret Six, went to see the new Tom Cruise flick on its opening weekend. Here are her thoughts—each one more vivid than the next.

So, THE MUMMY is like gluing a bunch of smoke alarms to your head while your ugly cousin whacks them with a wooden axe handle.

THE MUMMY is like lighting the fuse before you suddenly remember all the firecrackers are in your butt.

THE MUMMY is like that feeling when you think they are going to show Deuce Bigelow 2…and then they DO.

THE MUMMY is like when you are starving and the only thing to eat is Taco Bell's new Cool Ranch Scrotal Value Menu.

THE MUMMY is like when you go to you high school reunion, and the hottest guy has turned into eight turds in a Glad bag.

At this point, Simone’s descriptions are already painting a beautifully horrific picture, with each comparison even more grotesque than the last. The way she describes it, The Mummy sounds like a next-level mess with extremely low expectations of terribleness both met and surpassed.

But the more creative Simone gets with her review the more fascinating it becomes. Could it be that bad?

THE MUMMY is like if you make an elementary school save all their used Band-aids in a jar and at the end of the year, you eat them cold.

THE MUMMY is a lot like a festering groin wound but with fewer interesting characters.

Simone later clarified that while she had fun at The Mummy , it was still pretty bad overall.

So, guys, guess what I saw?

I kinda liked it!

Seriously, The Mummy is kind of awful, but I still had fun. It's fun/awful. It's funful.

It almost makes us want to see how bad it really is. Almost.