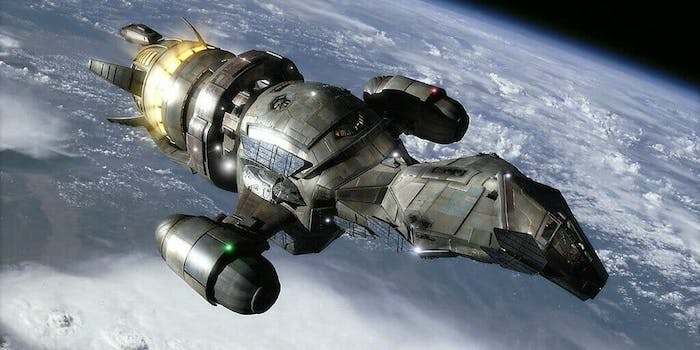 It's a nostalgic look back at 'Firefly' along with some brand new shots.

It’s been fifteen years—give or take a few muddled Fox airdates—since Firefly made its TV debut. So this week, the show’s original VFX team decided to celebrate with a Firefly anniversary tribute video.

Zoic Studios provided the visual effects for the cult sci-fi series, moving on to work for shows like The Walking Dead, Legion, and Marvel‘s Netflix franchise. Even fifteen years later, Firefly still looks better than a ton of sci-fi shows currently airing on TV. Its visual style was a big part of its appeal, and you can (partly) thank Zoic Studios for that. This video is a nostalgic look back at the heyday of Firefly and Serenity—along with a couple of new shots of the ship.

At this point, most Firefly fans have given up on the idea of the show coming back—even in this brave new era of long-awaited renewals. The best we can hope for is cast reunions on other shows, but this video is definitely an affectionate memory of times gone by.