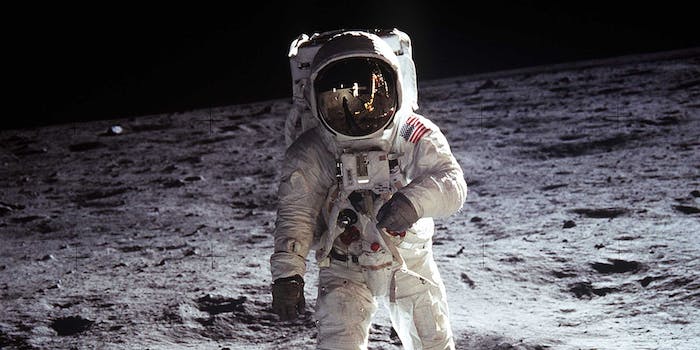 Can you fart your way to the moon?

PBS Digital Studios’ channel Space Time explored a very important question that’s stumped us all for years: Can you fart your way to the moon?

Assuming you didn’t have to overcome Earth’s gravity, it would take you 300,000 years to get there according to calculations by host and astrophysicist, Gabe Perez-Giz. Even in a more plausible scenario, like being stranded 10 meters outside the International Space Station, it would still take you two or three days to fart your way back to safety.

The problem, Perez-Giz explains, is that even the beefiest fart lacks the mass to push you forward at a fast enough rate. Don’t believe him? You can check his math for the mass of a fart at a second video here.

So farts (and sneezes) are out of the question. But urine, being denser and therefore more massive than a fart, may allow you to pee your way back home in as little as eight minutes.