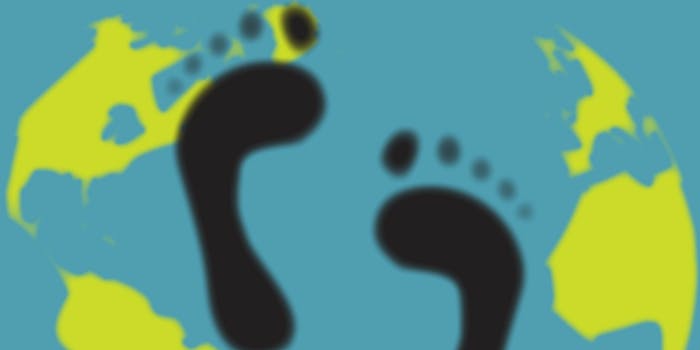 What’s the carbon footprint of an email?

As world leaders convene in the Paris summit to discuss ways to curtail climate change, you might be resting easy, thinking that you’re doing enough to save the environment by driving a hybrid and recycling. But did you ever stop and think about the carbon footprint of sending an email? Or reading this article on your device?

It’s a bitter realization that pretty much everything we do that requires power leaves a carbon footprint. According to phys.org, the average carbon footprint of sending one short email is about 4 grams of CO2 equivalent (gCO2e) To put that in perspective, sending 65 emails is the same as driving an average car about half a mile, the article said. It doesn’t seem like much, but it adds up.

It gets even worse since all the spam emails you don’t reply to also leave a carbon footprint. A Google search takes 0.2 to 4.5 gCO2e depending on the energy efficiency of the computer. So maybe think twice before you get lost in an hours-long wormhole of celebrity heights.

The article goes on to discuss the high carbon footprints of other things, like using paper grocery bags vs. plastic and watching a TV. It highlights how serious the problem is and how everyone from world leaders to you and your neighbors need to make huge changes to try to slow climate change. According to Reuters, the Paris summit will take two weeks to reach an international pact.