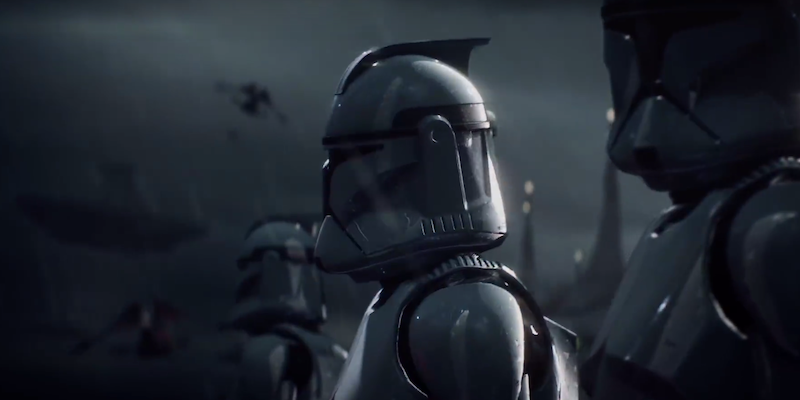 Earlier this week, controversy erupted after EA revealed a scheme that would require players to spend more time (or money) to unlock characters in Star Wars Battlefront II. Angry fans took to social media to express their disapproval, and EA responded on Reddit (ultimately the worse thing the company could do). Within hours, the post became the most down-voted in Reddit’s history.

Amid it all, one Twitter user was catapulted into the spotlight.

BiggSean66, who listed “Game [email protected]” in their profile, tweeted that Battlefront fans were making death threats against them. “Up to 7 death threats, and over 1600 individual personal attacks now,” they wrote. The tweet instantaneously went viral, with outlets like Fortune, CNBC, MarketWatch, and Vice covering the story.

There’s only one problem: Thanks to the investigative work of Kotaku’s Jason Schreier, we now know that it is very unlikely BiggSean66 is even employed by the gaming giant.

Schreier did some digging into the user’s claims by studying Linkedin and Facebook page details and tracking down several current EA employees. BiggSean66’s employment with the company could not be verified, and when Schreier confronted BiggSean66 with that information, the Twitter user removed all mentions of EA and locked down their account.

“We take threats against our employees very seriously. Our first concern is ensuring safety and support for our people, and since the reports first surfaced we’ve been investigating this internally. At this time, we’re not able to verify this individual’s claims of employment at EA, nor the threats made against him.”

It’s yet another lesson in the merits of verifying a Twitter user claims before believing them.