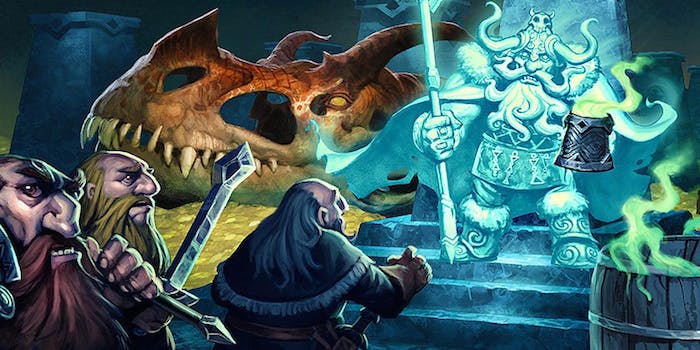 Iron & Ale is looking for a taste test.

Do you love dwarves? Drinking? Card games? If you said yes to any of these things, then you probably need to be playing Iron & Ale.

The card game was funded through Kickstarter in 2013 and was the first game created by tabletop game company Table Forged. It hoped to make players feel like real dwarves fighting monsters, mining, and drinking—though you can enjoy the game without drinking too. The ultimate goal is to become the true Dwarven King. The game surpassed its fundraising goal and now is looking to add its first expansion, Iron & Ale: King of the Keg through another crowdfunding campaign.

The expansion will introduce a number of new cards and challenges to the adventure game. Funds raised will support manufacturing, production, and art. So far they’ve already raised more than $6,200 of their $17,500 goal. With lines like, “It’s time to grow yer beards and grab yer ales,” this is certainly a hard game to resist.

Learn more about the expansion and how to play the game on Kickstarter. The campaign ends Nov. 19.