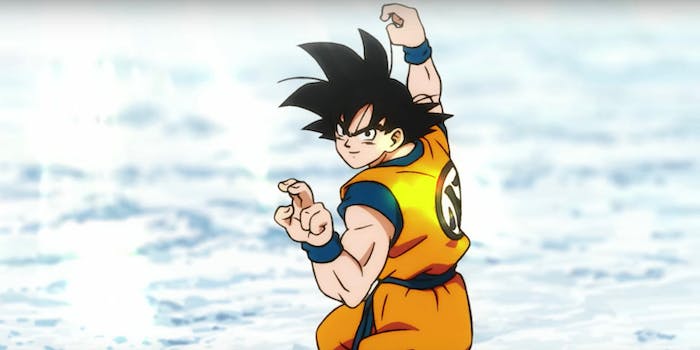 'Well, time to get started.'

The first teaser for the Dragon Ball Super movie is here, and it’s setting up a brand new fight.

With the Dragon Ball Super anime set to end at the end of March, the movie will build upon the latest arc as a continuation of the series.

“The Dragon Ball Super movie this time will be the next story in the series currently airing on TV,” Dragon Ball saga creator Akira Toriyama said, according to a translation from Kanzenshuu. “It will be an episode after catching our breath from the climax of the Tournament of Power with the universe’s existence on the line; with content that will give a little better understanding about Freeza and the Saiyans, which I hadn’t properly depicted up till now; and leading to a mighty foe saved for the occasion, which I think has it shaping up to be a really enjoyable story.”

The teaser doesn’t reveal much as it teases a fight between Goku and a new enemy, but the setup is gorgeous and colorful as the animation harkens to an earlier time. We don’t see the enemy’s face, but the fight doesn’t look to be holding any punches back.

“Well, time to get started,” Goku says as he prepares to attack.

According to its site, the Dragon Ball Super movie will debut in Japan on Dec. 14.