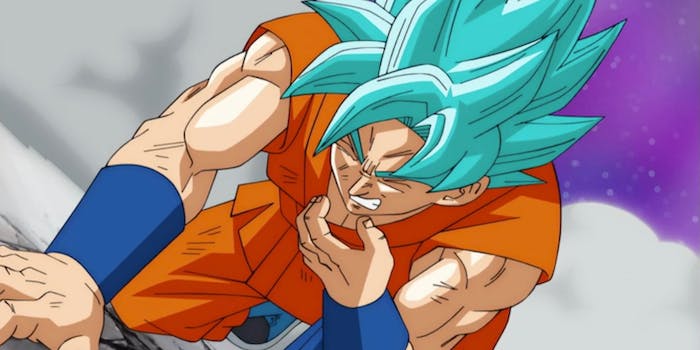 ‘Dragon Ball Super’ seems to be over

It's being replaced by another anime in April.

Dragon Ball Super is being removed from the TV schedule in Japan, indicating that the anime is coming to an end nearly three years after its launch.

The reveal arrived courtesy of an updated schedule from Fuji TV this week, which airs Dragon Ball Super in Japan. Starting April 1, Dragon Ball Super will be replaced in the schedule by GeGeGe no Kitaro. Although Fuji TV has yet to officially announce Dragon Ball Super’s cancellation, there is no indication that there are more episodes waiting to be aired after its current run. Kanzenshuu estimates that based on Fuji TV’s schedule and information on the show’s upcoming DVD and Blu-ray release, the final episode will air on March 25, making the final episode count for the series 131.

According to a translation from Kotaku, Fuji TV said that “It’s like not the series is finished,” which could refer to either Dragon Ball Super or the Dragon Ball franchise. A new production for a Dragon Ball series hasn’t been announced.

It won’t be the last fans will see of the Dragon Ball series. A new movie is set to debut in Japan in December 2018 (which could eventually make its way to the U.S.), and fans who watch Dragon Ball Super in English are only up to episode 46 so they have a long way to go before the show ends for them.