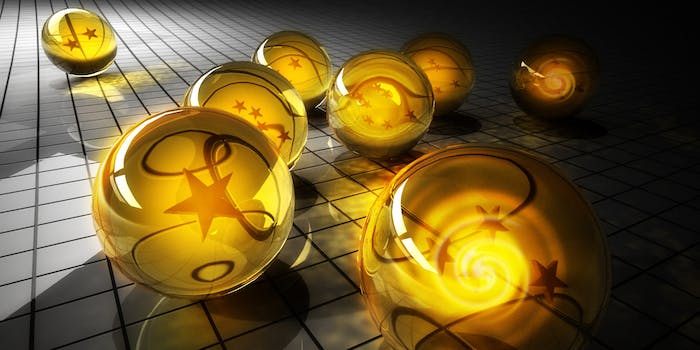 It's even got the show's creator onboard.

An original Dragon Ball anime will be returning to TV for the first time in almost 20 years.

It’s called Dragon Ball Super (Dragon Ball Chou in Japan). Dragon Ball creator Akira Toriyama will be in charge of the show’s story, which will start in a peaceful world after Goku defeated Majin Buu. Fuji TV producer Osamu Nozaki promises great things and even a hint from the new series.

“As I read the plot [of the series] I’ve already seen from Akira Toriyama, my dreams for this begin to expand,” Nozaki said. “An enemy even stronger than Buu or Freeza [sic] may appear…”

Although there have been movies created with Dragon Ball and Dragon Ball Z characters—most recently Dragon Ball Z: Resurrection F—it’s the first show in the series since Dragon Ball GT, which was on TV from 1996 to 1997.

“We’ve always used the word ‘chō’ (Super) with Dragon Ball in commercials, game and the like, but the fact that the series titled Dragon Ball Super is beginning is the best thing ever,” Masako Nozawa, who voices Goku, Gohan, and Goten, said.

With the original creator onboard this time around, fans are already getting excited about Dragon Ball Super, especially those who weren’t too fond of Dragon Ball GT.

Dragon Ball Chou (Super)? Starting right after Goku beats Buu? By original creator? Sounds like they are trying to make all things right.

You know what? I am super fucking excited. Bring on more Dragon Ball plz. More importantly, make it good.

Dragon Ball Super will start airing in Japan this July.