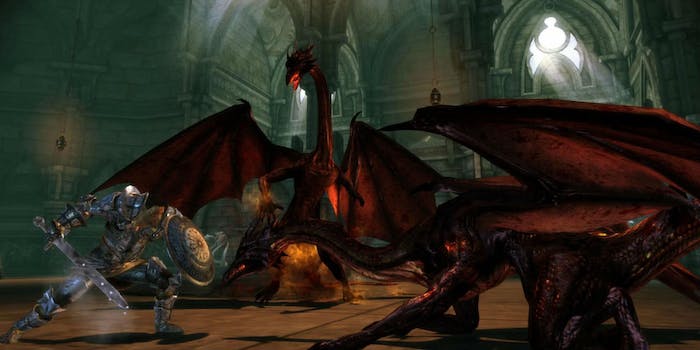 You can get Dragon Age: Origins for free right now

If you never played Dragon Age, now is the time to start.

Electronic Arts is giving away Dragon Age: Origins on its digital distribution service Origin. That means if you never played the original Dragon Age, it’s time to correct that oversight.

The original Dragon Age is a cross-platform title, but the console versions still harkened back to PC role-playing games of old with the sheer volume of content and the attention to detail. The number of potential origin stories for your character, the pause-and-play tactical combat, and the depth of story could support hundreds of hours of play in the base game alone.

Dragon Age also became a clarion call for increased diversity in video game protagonists. You would have been hard-pressed to think of a mainstream video game that allowed for such fluid depiction of sexuality as what Dragon Age offered when it was released in 2009.

It was a landmark release that pushed BioWare to the forefront of the diversity movement in game development. Dragon Age lead writer David Gaider is currently one of the most vocal proponents of diversity of representation in gaming today.

EA therefore likely wants you playing any Dragon Age game on your PC as soon as possible. Sure, the company setting you up for a purchase in a little over a month. But it’s still giving you one of the best RPGs developed in the last five years—for free. If you haven’t played Dragon Age before, take the bait.