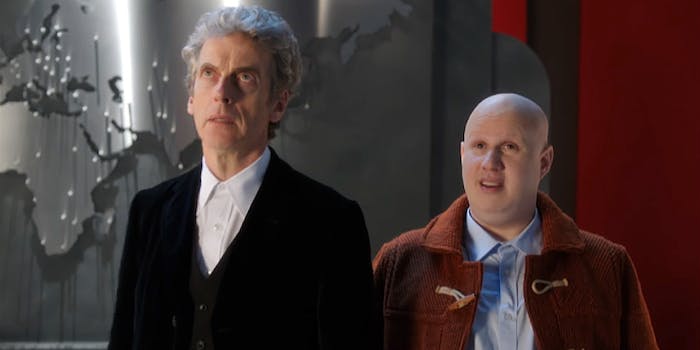 There's a masked vigilante on the loose.

The Doctor is here to save the day once again, but this time he may get some help from a superhero.

The Doctor Who Christmas special, titled “The Return of Doctor Mysterio,” brings the Doctor to Manhattan. He’s swept up in an investigation, aliens try to swap brains, and a masked vigilante known only as the Ghost appears. And while his upcoming companion, Bill, won’t be showing up this year, the Doctor brings a familiar character along for the ride.