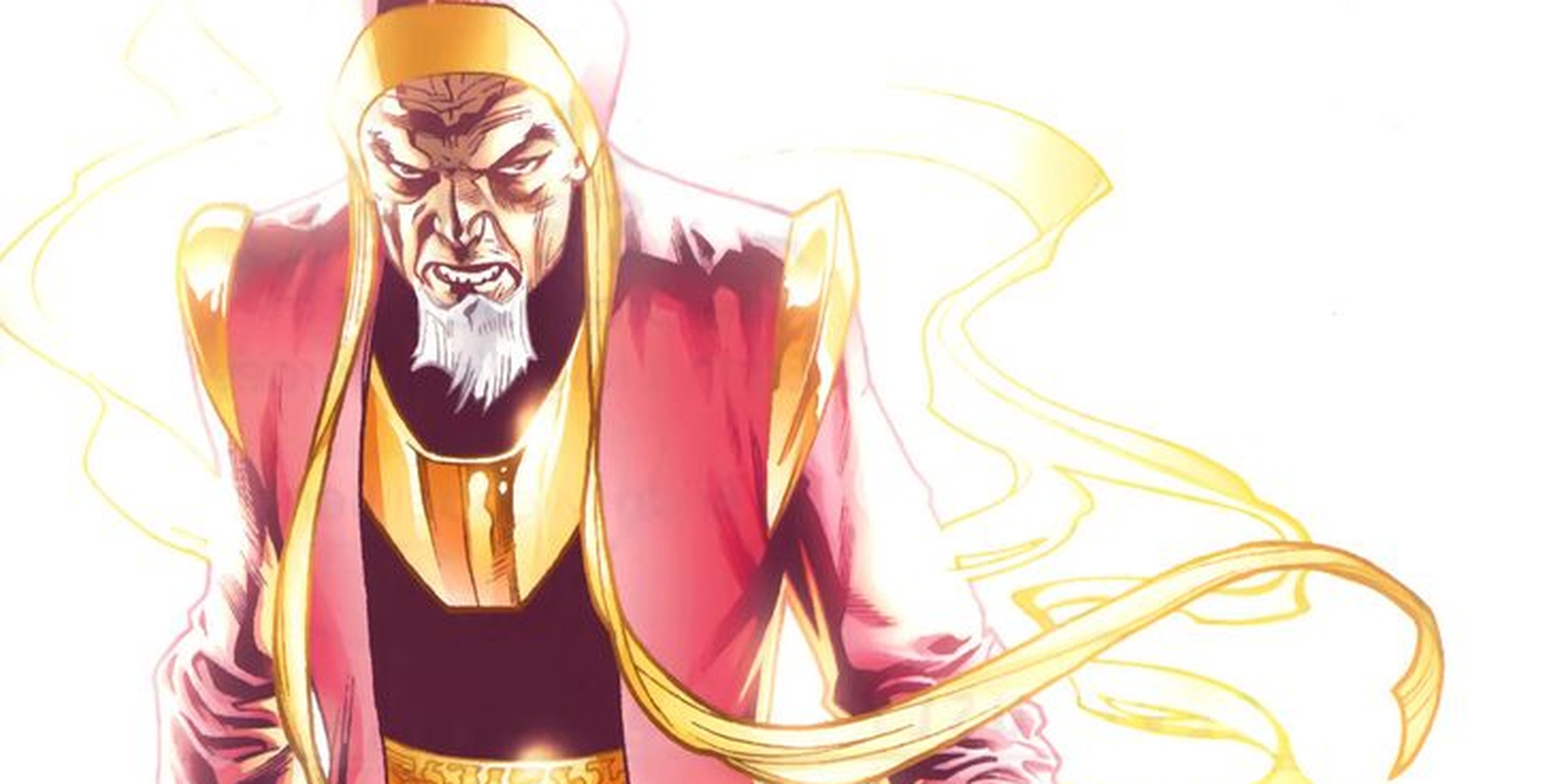 Be careful what you wish for.

As the wise monks of Tibet might say, be careful what you wish for.

In other words, in a film industry that suffers from a deep and chronic lack of diversity, don’t expect to get something as awesome as Tilda Swinton in a Marvel movie without her role also turning out to be super racist.

The news that Swinton is “in negotiations” for a major role in Doctor Strange was immediately met with rejoicing from everyone, because Tilda Swinton is badass and criminally underused. (We’re still waiting for her turn as the Doctor.)

But then the Internet read below the lede, and, well, discovered that Swinton won’t just be playing an ancient sorcerer.  She’ll be playing Strange’s wizened mentor Yao—a Tibetan mystic dubbed “the Ancient One.”

Wait, what? Tilda Swinton is many, many things, but Tibetan is not one of them.

In the astute words of Tumblr user gazzymouse:

Gazzymouse’s anger is totally justifiable. While it’s awesome that Marvel is proving willing to genderbend characters in order to give fans the female representation they have been demanding, it completely defeats the purpose if those roles come to white women at the expense of other actors who can and should play roles that were written as other races to begin with.

The practice of erasing those cultural origins from source to film adaptation is longstanding. In the case of the notorious film adaptation of The Last Airbender, fans popularized the word “racebending” to describe it, along with creating the website Racebending to chronicle and critique this and other racist practices in Hollywood.

Since then, we’ve endured cringe-worthy things like Johnny Depp playing Tonto, Rooney Mara’s weird hipster Tiger Lily in the upcoming Pan, the blatantly white cast of Exodus, and Scarlett Johansson’s racebent role in the upcoming adaptation of Ghost in the Shell.

Each of these casting decisions have created extended outrage and backlash among movie-goers; but so far, with the exception of The Last Airbender and The Lone Ranger, which were both domestic flops, audiences haven’t stayed away out of idealistic principle.

Yet geek culture is at least ostensibly more forward-thinking and progressive on the subject of inclusion and representation. Marvel Comics has given it a wide range of diverse characters and opportunities for representation, but that hasn’t exactly translated over to Hollywood and its penchant for only casting handsome blonde Anglicans. At least Tilda Swinton’s first name isn’t Chris.

Love Tilda Swinton but is it really okay to take an asian minority role and give it to a white female? Will Wong be played by a black actor?

As Tumblr user themastercritic pointed out, there are ways in which the casting could arguably have been worse:

I can already hear you yelling “white washing” and perhaps you are right. But I offer you this…instead of having a powerful female actor play the role, would you rather have Ken Watanabe (who was approached and I have nothing against) play the token Asian character in a blockbuster movie?

It’s true that the role of “older man of color who mentors a white hero” is a built-in stereotype that Swinton’s casting avoids. But the role could easily have been written in ways that rethought the characterization and made the dynamic between Yao and Strange less problematic.

And unlike deliberately casting a white actor in a role written as another race, it would have been easy to prevent tokenizing Ken Watanabe or any other Asian actor offered the role: just cast more people of color.

As it stands, this casting leaves Doctor Strange lacking diversity, and it doesn’t bode well for the upcoming Netflix adaptation of Iron Fist—much less any other diverse ensemble casts from the studio in the future.

Tell you what, @Marvel. If you cast an Asian guy as Iron Fist, you can cast Tilda Swinton as the Ancient One. Deal?

It seems like the only thing that can really solve this problem, at least for concerned Marvel fans, is a string of high-performing blockbusters starring women and actors of color. But Black Panther, the first of the upcoming slate of Marvel films to star a black hero, isn’t out until 2017. And despite popular pressure to cast a black actor as Miles Morales in Marvel’s upcoming Spider-Man reboot, the rumor mill seems sure that role will be going to Asa Butterfield as Peter Parker.

Meanwhile, other diverse casting gets, like Anthony Mackie ascending from Falcon to Captain America after Chris Evans’ contract ends, or a Ms. Marvel adaptation starring a plucky real-life Kamala Khan, now seem further away than ever.