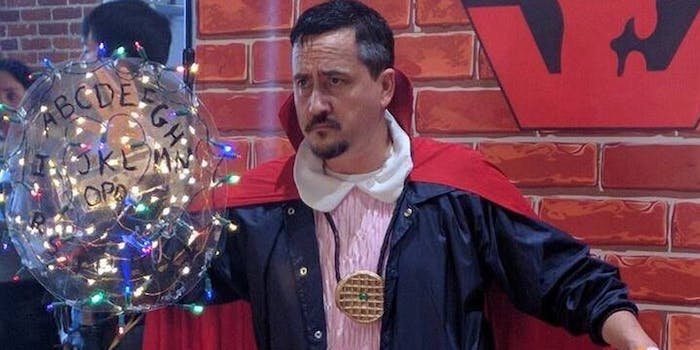 OK, this is genius.

It’s too late for Halloween, but this Doctor Strange/Stranger Things mashup is surely one of the best costumes of 2016.

Doctor Strange cowriter C. Robert Cargill shared a photo of the costume on Twitter, showing someone wearing a combination of Doctor Strange cosplay, El’s wardrobe from Stranger Things, and those iconic fairy lights.

It’s a little more complicated than your average “creepy wall from Stranger Things” costume, but it’s totally worth it.