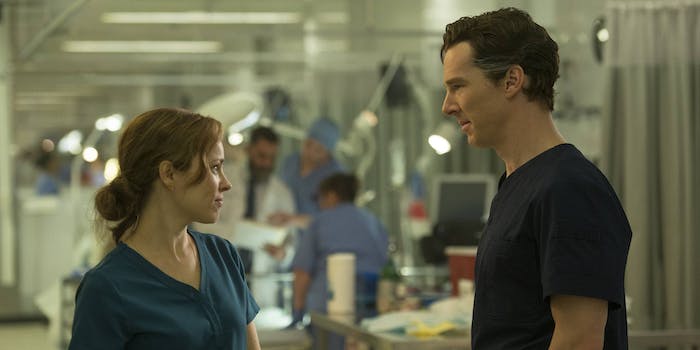 The ‘Doctor Strange’ movie borrowed this scene directly from the comics

Standalone Doctor Strange comic 'The Oath' inspired one of the magical scenes in the movie.

The Doctor Strange movie includes elements from decades of Marvel canon, but there’s one scene it lifted almost directly from the comics.

Marvel producer Kevin Feige mentioned the comic in question last month, telling Slashfilm that the 2006 miniseries The Oath was especially influential. While the film’s aesthetic style and worldbuilding originate with the 1960s comics by Steve Ditko, Feige revealed that its “fun tone” is closer to The Oath, written by Brian K. Vaughan (Saga) and drawn by Marcos Martin. Also, “there’s a sequence from The Oath which directly inspired a sequence in this movie.”

Having seen the movie, we can confirm it’s a scene with Strange’s ex-girlfriend Dr. Christine Palmer (Rachel McAdams), who operates on Strange’s injured body while his spirit watches from the astral plane. 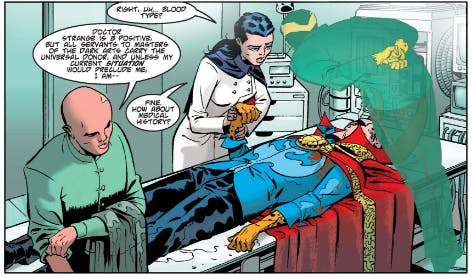 The context in the comic is pretty different, but the filmmakers clearly saw the comedic potential of Strange backseat driving his own surgery from the astral plane. It’s one of several scenes that make the most of the comics’ supernatural side, and if you want a hint of what the movie is like before it’s released in theaters, The Oath is a great place to start as a standalone introduction to Doctor Strange.