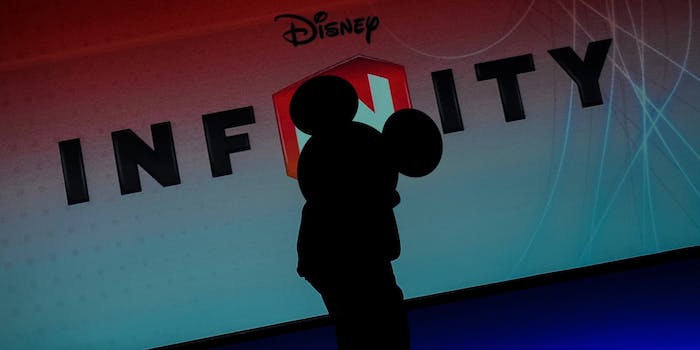 The game series had its cult following, but Disney is moving on.

If you collect Disney Infinity figurines and have any holes in your collection, you might want to plug them now.

Disney Infinity fans still have two new sets to look forward to. Three figures from Alice Through the Looking Glass will be made available this month, and a new Finding Dory-themed play set will launch in June. That will be the end of new Disney Infinity products.

Shutting down Avalanche Software will cost Disney $147 million to implement, according to gamesindustry.biz, and 300 game developers at Avalanche will lose their jobs. The gaming industry quickly rallied around them.

So saddened by Disney Infinity and Avalanche news. For those affected, we are hiring: https://t.co/GtfGhhZuLZ #gamedevjobs

To everyone affected by the Disney Infinity news 343 is HIRING. Please reach out if you're a interested. Looking for designers and engineers

Sad to hear about Infinity today. More sad about the shuttering of the dev team. Team dynamics are difficult to build – shame to destroy it.

Toys-to-life video games incorporate figurines into gameplay by use of a chip embedded in the bottom of the figurine. Players buy a new figurine, place the toy on top of a sensor that’s connected to a game system. The game recognizes the presence of the figurine and new content in the game is unlocked.

October 2011 Activision led the charge in the toys-to-life genre with the Skylanders series, which was a runaway hit. Disney entered the genre in August 2013 with Infinity, and Warner Bros. Interactive Entertainment in added to the list with Lego Dimensions in September 2015 .

Nintendo’s line of Amiibo figurines, first released in November 2014, play off the formula by offering collectible figures that can unlock game content in several different games, across more than one platform in some cases.

Jimmy Pitaro, Disney’s chairman of consumer products and interactive media, said that Disney is now looking at video games purely as a licensing opportunity, according to gamesindustry.biz. The company already licenses out the Star Wars IP for games like Star Wars Battlefront, and the recently announced game from Electronic Arts and Respawn Entertainment.