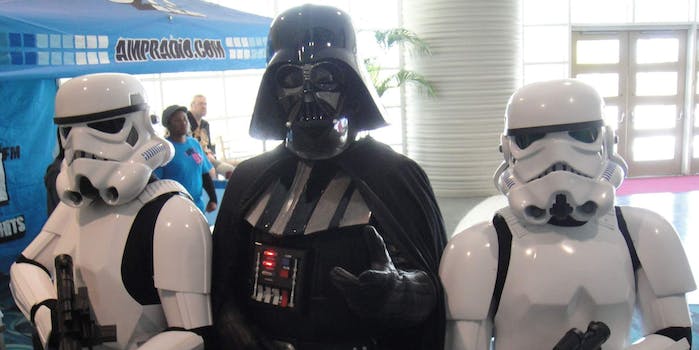 Darth Vader Uggs are a thing that exists

Do we really need these?

Darth Vader accessories aren’t a completely ridiculous idea. Black is always in style, and there’s definitely a market for chic, evil-looking capes and shiny leather outwear. But Uggs? Really? Nothing says “I like to keep my toes warm on the way to the mall” like the Dark Lord of the Sith. 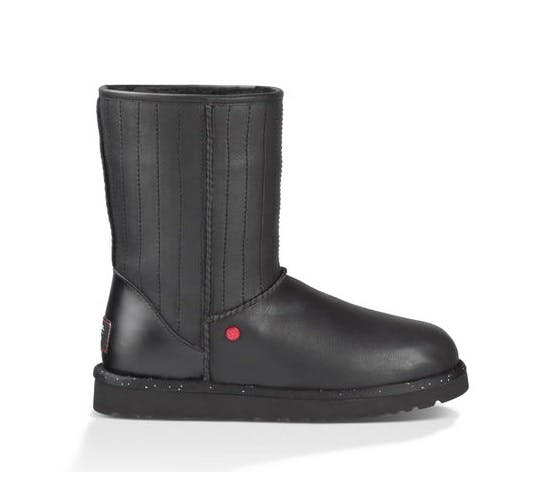 As you can tell, they are basically just… black sheepskin Ugg boots. The Star Wars connection is pretty tenuous, although you can kind of see the Darth Vader aesthetic in the vertical stitching and red button on the side.

The Darth Vader Ugg collection also includes child-size booties and Ascot slippers, and each pair comes with a Star Wars quote sewn into the lining. They all look very comfortable, but we can’t help but feel baffled by the entire concept of Darth Vader Uggs. They feel like the spiritual successor to last year’s X-Men: Days of Future Past/Hardees tie-in, which involved several X-Men actors filming bizarre burger commercials in character.

With seven months to go until The Force Awakens comes out, we predict plenty more weird Star Wars products. The question is, can they get more random and inappropriate than casual Darth Vader footwear? In a world of non-ironic Hunger Games makeup and sandwich ads, signs point to yes.

Photo via Doug Kline/Wikimedia (CC BY 2.0)