What’s the only thing better than Samurai Darth Vader? As visitors to Sapporo, Japan, can tell you, it’s the epic Darth Vader snow sculpture that’s looming over the city’s annual winter festival.

The biggest attractions at the Sapporo Snow Festival, which draws millions of visitors each year, are the giant, painstakingly constructed snow sculptures. So far this year, the sculptures have included wide-eyed anime girls and jaw-dropping architectural edifices:

Today is the beginning of the world-famous #SapporoSnowFestival. Here is a picture of a Parthenon made of snow! pic.twitter.com/Qwfh1GJO9J

But the main attraction is undoubtedly the giant sculpture of Darth Vader and a small band of stormtroopers presiding over the festival. 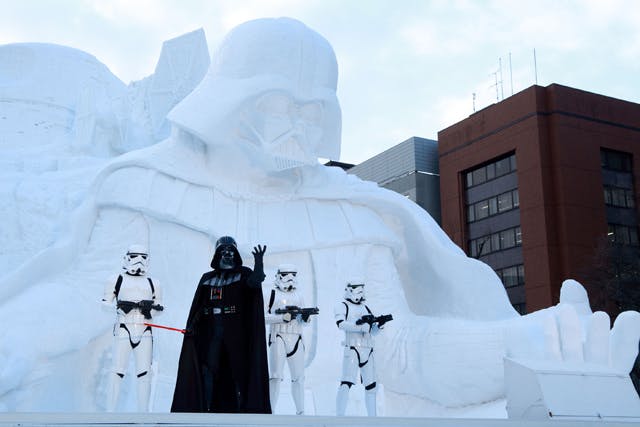 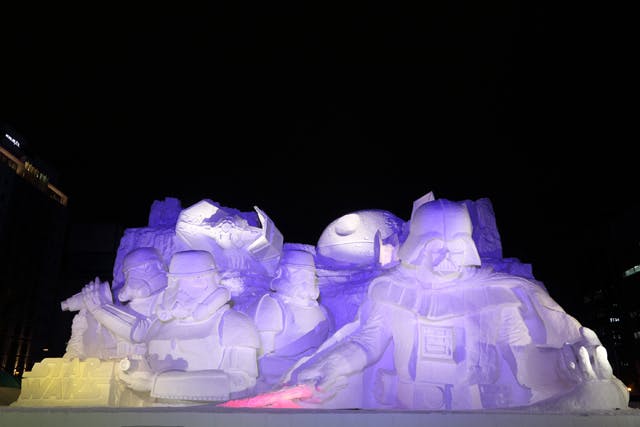 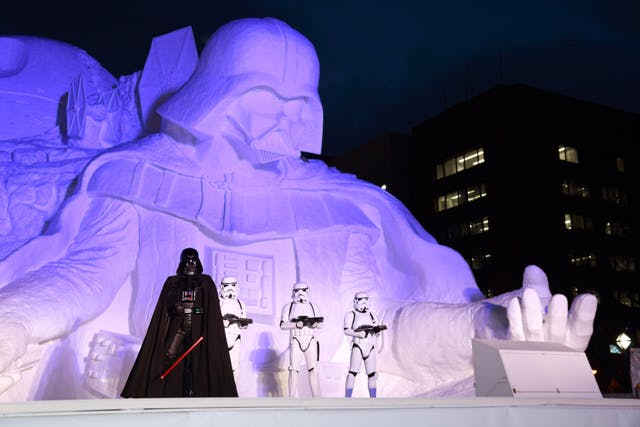 Twitter users have flocked to the exhibit, which officially opened today along with the rest of the festival.

The sculpture, which stands 50 feet high, is officially endorsed by Lucasfilm and overseen by the Walt Disney Company. The finished product reportedly required a jaw-dropping seven million pounds of snow—the largest amount ever recorded at the festival—and took 2,000 workers over a month to build. Here are a few shots of the sculpture in progress: 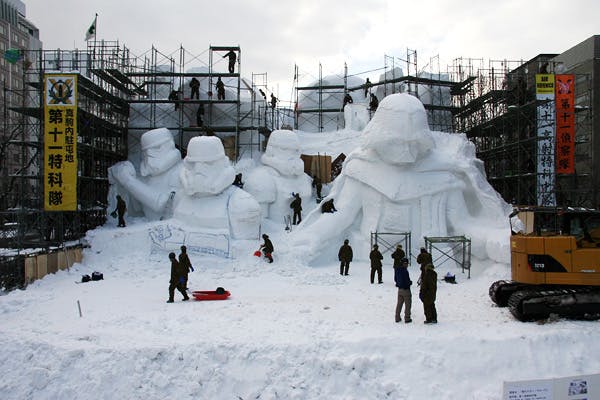 The week-long festival is now in its 66th year. Over 2 million tourists visit the snowy spectacle each year, but thanks to Darth and company, that number might be a bit higher this year.

You can see even more detailed photos of the exhibit at RocketNews24.