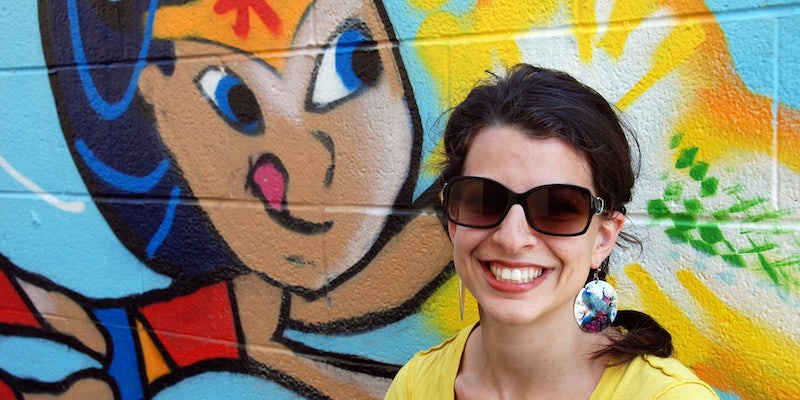 Creator of ‘Beat Up Anita Sarkeesian’ says #Gamergate is anti-harassment

The cognitive dissonance is strong with this one.

This just in from the Department of Remembering What Happened Two Years Ago: A Gamergate activist who claimed that the movement doesn’t tolerate online abuse is, of course, the same dude who gave the world a flash game about beating up one of its targets.

Benjamin Daniel, a Northern Ontario man who goes by “Bendilin” online, recently tweeted about the ethics of Gamergate, which apparently forbid the sort of harassment and threats that have forced women to flee their homes after they voiced an opinion on the faux-scandal.

[email protected] @theLEOpirate If he does it again, he won’t be forgiven. #GamerGate doesn’t tolerate harassment, especially from journalists.

This conversation refers to a public apology from Valleywag’s Sam Biddle, made under pressure from Gawker Media’s editorial director, for tweets in which he joked about the need to bully “nerds” into submission. Daniel holds himself to a lower standard, however: In 2012, he debuted a cheapo game called “Beat Up Anita Sarkeesian” in response to Sarkeesian’s Kickstarter campaign for a webseries exploring the anti-feminist aspects of video games.

The game, hosted on Newgrounds, was deleted (or “blammed,” in site parlance) by outraged users the day after it appeared, though you can still read the charming description:

Anita Sarkeesian has not only scammed thousands of people out of over $160,000, but also uses the excuse that she is a woman to get away with whatever she damn well pleases. Any form of constructive criticism, even from fellow women, is either ignored or labelled to be sexist against her. She claims to want gender equality in video games, but in reality, she just wants to use the fact that she was born with a vagina to get free money and sympathy from everyone who crosses her path.

Daniel defended the game on the grounds that it wasn’t about “punching women” but “punching a selfish person.” The rest of the Internet appeared to disagree, and even Daniel’s local newspaper picked up the story. Following the furor, his Twitter feed went dark.

@PaperguyDavies It’s funny; People are calling me a misogynist for making a game where you hit a person, just because the person is a woman.

Two years later, Daniel still describes himself as a “Feminist Humiliator” and is an enthusiastic participant in a movement that has bombarded Sarkeesian with death threats and stirred fears of a school massacre at one of her speaking events—which she was then forced to cancel.

Twitter user @a_man_in_black, who drew the connection between Daniel’s current and past behavior, did so to reinforce a point that Sarkeesian and others have often emphasized.

I want to emphasize this. @femfreq and @samusclone have correctly pointed out that the harassers now are the same harassers as ever.

Good to know that once this all dies down, it’ll come roaring back a few months later.