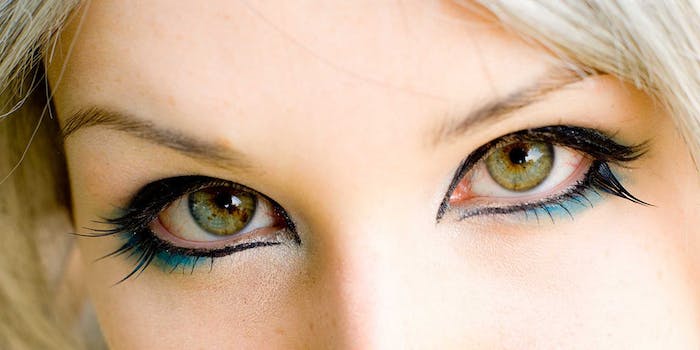 The conversation on cosplay harassment isn’t over

Summer con season is over, but the conversation on cosplay and consent remains.

It’s been a long summer chock full of comic conventions across the country, the most popular and well-attended being San Diego Comic-Con. These are the places where die-hard fans of all sorts—comic books, video games, movies, web series, television, you name it—come to hang out in resplendent costumes based on their favorite characters. Just take a stroll through the cosplay wrapups from San Diego Comic-Con this year to revel in the sheer awesomeness of the costumes people created. There’s everything from Disney, to Adventure Time, to Robot Chicken, and hundreds more fandoms represented. Test your geek aptitude and try to identify every character. It’s tough.

But as most cons wrap up for the summer, we cannot put enough focus on the safety of cosplayers. “Cosplay is not consent” is a phrase most convention goers should be familiar with by now. It’s the motto that addresses unwanted attention cosplayers are often forced to deal with. While harassment isn’t exclusively a problem for female cosplayers, they seem to suffer the brunt of the problem. Comic books have long been a male-centric medium and only in the last decade or so have we seen a surge of female fans coming out to declare their geekdom, thanks to the mainstreaming of fan culture.

Some of the characters female fans choose to portray are indeed highly sexualized characters who wear ultra tight or scanty costumes that leave little to the imagination. For a general concept, think Wonder Woman or Gamora and Nebula from Guardians of the Galaxy. These fans are staying true to their characters, but unfortunately some male fans see these outfits as an invitation to verbally abuse or even assault the cosplayers.

There are standouts who understand the issue, like actor and geek icon Wil Wheaton (Stand by Me, Star Trek), who tweeted out during San Diego Comic-Con, “This is a good and necessary time to remind everyone that cosplay does not equal consent. Be polite. Be respectful. Don’t be a dick.” Unfortunately, this kind of harassment continues, with female cosplayers this summer reporting having been sexually harassed, photographed without consent, and even groped.

No longer willing to simply deal with such treatment in an atmosphere that is supposed to feel safe and enjoyable, many women cosplayers are working together to demand changes and put consequences in place for those who think sexual harassment is fine. While harassment isn’t just an issue in con culture, as members of Geeks for CONsent note, it can be worse at cons because “fantasy plays such a huge role.”

Geeks for CONsent, the most talked about anti-harassment advocacy group, was founded by three women from Philadelphia. It collected more than 2,600 signatures via an online petition to push the higher ups at Comic-Con to put an official anti-harassment policy into place. San Diego Comic-Con argued it has an adequate amount of rules to deal with instances of such harassment, but critics said the rules are too opaque and failed to punish explicitly for acts of sexual harassment.

Geeks for CONsent not only is a group fighting against discrimination and harassment of female cosplayers, but it also acts as a haven for those who have been harassed. The sheer number of stories on Geeks for CONsent’s page is shocking. But instead of acting just as a chronicler of harassment stories, Geeks for CONsent actively seeks to educate and change gender-based harassment both inside and outside of cons. To that end it created its own comic book, which will soon be available in an online platform.

Along with Geeks For CONsent, the Facebook community Cosplay is Not Consent is another bastion of support against sexual harassment at cons. The page has almost 9,000 likes to date, a good portion of which are supportive male cosplayers. It’ not uncommon for other cosplayers to come to the rescue if they see harassment happening at cons, even before con staff and security guards step in. As one cosplayer wrote:

“Steel City Comic Con 2012, my very first con, this guy kept following my friend and I and Harrison while taking pictures. Suddenly this wonderful Joker Cosplayer and Dr. Horrible cosplayer stepped in like valiant knights and dealt with the guy because he refused to listen to me. It was a great moment for me.”

Pretty much everyone can agree that cons should be a safe environment for everyone, free from abuse, harassment, and even judgment against people based on body type and costumes, but how to achieve that ideal remains up for debate. It seems more cons are taking the first step of addressing harassment as a serious problem that deserves preventive action. And that only makes sense. A safe space means more fun for everybody. Stop over to Geeks for CONsent to learn more or to see how you can join the conversation.

Photo by Shigeako via photopin (CC BY ND 2.0)