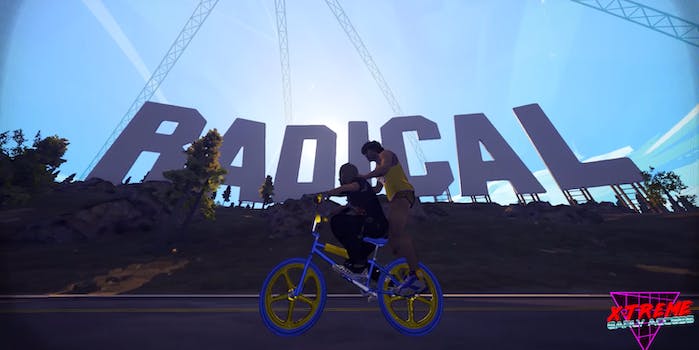 Some success with Radical Heights couldn't keep the studio behind Lawbreakers afloat.

Cliff Bleszinski, co-founder of Boss Key Productions, the studio behind Lawbreakers and Radical Heights, has announced that the studio is “effectively no more” in a Twitter post Monday.

Bleszinksi also stated that he will be stepping away from the video game industry for an indeterminate amount of time following the commercial failures of Lawbreakers and Radical Heights.

“Four years ago I set out to make a world class video game studio and I hired some of the best talent in the videogame industry. They worked tirelessly to produce quality products and, while we had our ups and downs, I’d like to think we had fun doing it. Lawbreakers was a great game that unfortunately failed to gain traction, and, in a last ditch attempt we scrambled to do our take on the huge battle royale genre with Radical Heights which was well received, however, it was too little too late.”

Despite mostly positive to average reviews, Lawbreakers failed to garner a player base that could reasonably sustain Boss Key’s business, capping out during the game’s first beta at 7,500 players according to GitHyp, a site that tracks the size of game player bases. The game suffered a 40 percent drop for its second beta, and things only got worse for the official release. Bleszinkski stated in an interview with GameSpot that the PlayStation 4 version of Lawbreakers was doing much better, but PC user counts still dipped below 200 concurrent users by September 2017. In April, Boss Key issued a statement saying that Lawbreakers could no longer sustain itself.

Boss Key Productions reacted by creating its own take on the battle royale craze, Radical Heights. Bleszinksi stated that servers for Radical Heights will continue to stay up for “the near future.”

Bleszinksi also stated that he is “going to take some time off and reflect.”

“I need to focus on myself and my family as well as my Aussie, Teddy, who is slowly fading from us. Videogames will forever be a part of who I am and I hope to make something new again someday, however, I need to withdraw and take this time,” Bleszinksi said.

Bleszinksi closed by thanking fans of his and the studio, as well as Boss Key employees.

Bleszinksi co-founded Boss Key Productions back in 2014 following a hiatus after co-creating the Gears of War franchise at Epic Games.