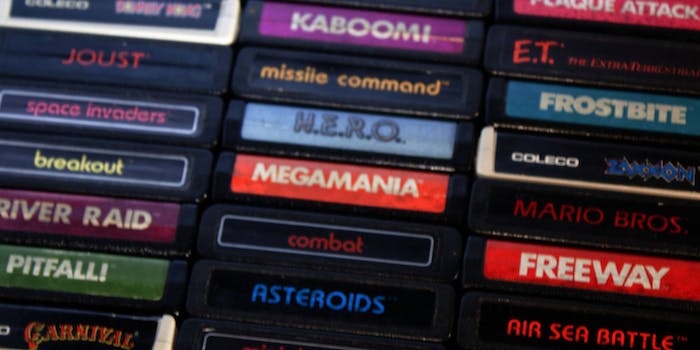 Play 1,000 classic video games in your browser, thanks to the Internet Archive

Step into the Console Living Room and play some classic Atari titles.

Since 1996, the Internet Archive has done an admirable job of serving as a centralized repository for the Internet’s history. From hosting bootleg recordings of early Ween concerts to teaming with the Library of Congress to show just what the World Wide Web looked like in 1997, if something happened on the Internet, there’s a good chance the San Francisco-based nonprofit has recorded a trace of it.

Video games are an important piece of tech history and, earlier this week, the Internet Archive stepped up to build a place where visitors can play the classic games of yore.

The project is called the Console Living Room. It currently boasts nearly 1,000 titles that were originally released in the 1970s and 1980s on five different systems, from the ColecoVision to the Magnavox Odyssey.

Imagine Indiana Jones making his way through an ancient Mayan temple, recovering a dusty Atari 2600, and declaring, ‟It belongs in a museum!” It’s kind of like that, except the museum is your browser.

‟The Console Living Room is in beta—the ability to interact with software in near-instantaneous real-time comes with the occasional bumps and bruises,” wrote Internet Archive creator Jason Scott in a blog post. ‟An army of volunteer elves are updating information about each of the hundreds of game cartridges now available, and will be improving them across the next few days.”

The most popular games currently on the site include Death Race (where players control a purple racecar with the goal of running over as many pedestrians as possible), Commando (an Atari Nazi-hunting classic), and M.A.S.H. (yes, that M.A.S.H., although the game seems to involve far more piloting helicopters than it does cracking wise and flirting with nurses).

The games currently don’t have sound, but a message on the site insists that feature will be coming soon.

Console games from this era were primarily released on cartridges, many of which have deteriorated—making preservation difficult. Preservationists have ported the games themselves into small digital files, called ROMs, that can be played using PC software that emulates the original systems.

As Andrew Leung explained in an article in the UCLA Journal of Law and Technology, some game developers, such as Nintendo and the industry trade group Interactive Digital Software Association, have come out against video game emulation. ‟Their argument is essentially that the ROM files directly infringe on the copyrights of the cartridges and the emulators, by encouraging the proliferation of the ROM files, are guilty of contributory infringement and are therefore illegal,” he wrote. “Nintendo has gone so far as to say that the only purpose of emulators are to play infringing ROMs and thus represent the greatest threat to video game developers’ intellectual property today.”

Leung added many emulation supporters have charged, since these games are no longer being manufactured and are for platforms no longer in wide use, gaming companies aren’t making any money from them; therefore, the games effectively should be put into the public domain.

However, the newfound ability of smartphones to play these classic games gives the original copyright holders a renewed ability to monetize their intellectual property, which may eventually prove a problem for efforts like those of the Internet Archive.