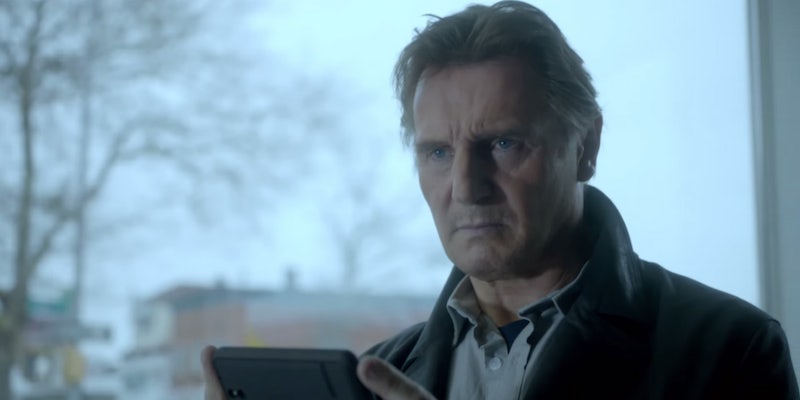 The gaming world is changing, and Liam Neeson helps demonstrate how.

If you mess with Liam Neeson’s video game, he will find you.

Clash of Clans, the free-to-play mobile game in which you build armies to crush your enemies’ towns and take their stuff, aired a Super Bowl ad that shows what happens when someone crushes Liam Neeson’s town and takes his stuff.

Game of War, the other free-to-play mobile game about using fantasy-type soldiers to pillage enemy territory, ran a spot in their own ad campaign starring supermodel Kate Upton. The sixty-second ad was the most unabashedly titillating one thus far, though it didn’t have much to say about the game itself.

That two free-to-play mobile games bought such high-profile commercials reflects the rising profile and profitability of the free-to-play model specifically and mobile gaming generally. The pair of commercials also make a powerful statement about the continued mainstreaming of video games.

If you’re a gamer and want to explain to the uninitiated just how big video games have become, don’t cite Entertainment Software Association statistics about the growth of gaming—point to these Super Bowl ads.

Screengrab via Clash of Clans/YouTube