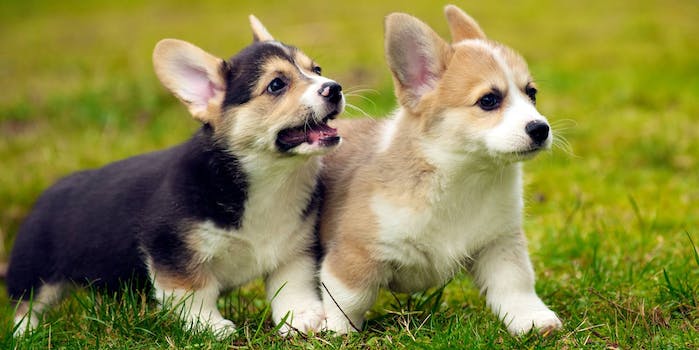 For the second year in a row, the Hugo Award shortlists are dominated by a politically motivated voting campaign known as the Rabid Puppies.

The 2016 finalists were announced on Tuesday, featuring a number of nominees that any sci-fi/fantasy fan could have predicted—Star Wars and The Martian in the movie category; Ann Leckie and Neal Stephenson for Best Novel—alongside others that led many fans to write off entire categories as an unmitigated disaster. On several of the shortlists, almost every nominee came directly from a voting campaign organized by Vox Day, an author and editor who is notorious for his sexist and racist views.

2014 and 2015 saw the rise of the Sad and Rabid Puppies, a pair of overlapping campaigns designed to disrupt the Hugo Awards. Their goal was to exclude politically progressive nominees, arguing that the SF/F establishment had become obsessed with diversity and social justice. This explains why one of the 2016 finalists is a self-published book called “SJWs Always Lie: Taking Down the Thought Police.”

Basically, the current state of the Hugo Awards is what would happen if YouTube commenters could nominate for the Oscars.

Since anyone who pays for a Worldcon ticket or “supporting membership” can submit a Hugo ballot, it’s surprisingly easy to game the system. You just need to persuade a large group of people to submit the same list of nominees, a strategy that led to the Puppies sweeping the Hugo shortlists last year.

This year’s Sad Puppy campaign made very little impact, but the Rabid Puppy list—generally seen as the more extreme of the two—dominated several categories. Along with a predictable number of nominations for supposedly “anti-SJW” writers and Vox Day’s publishing company Castalia House, there are several unexpected appearances from authors like Neil Gaiman who clearly don’t share the Rabid Puppies’ Gamergate-esque ideology. In a LiveJournal post, author George R. R. Martin described these as “poison pills.”

“The Rabids used a new tactic this year. They nominated legitimate, quality works in addition to the dross.

In some of the online comments I’ve seen, these writers are being called “shields.” I’ve even read some people calling for them to withdraw, simply because they were on VD’s list. Withdrawing is the LAST thing they should do. I urge them all to stand their ground. They wrote good books, stories, graphic novels, they did NOT take part in any slate.

Given the well-known political views of some of these writers, it seems plain to me that VD and the Rabids picked them deliberately, in hopes they would withdraw.

This conundrum perfectly encapsulates the fraught state of the Hugo community this year. While many people continue to support the Sad Puppies as a genuine protest against people “politicizing” SF/F, it’s hard to see the Rabid Puppies as anything other than a destructive trolling campaign.

My heart goes out today to those who, at a crucial moment in their SF/F careers, find themselves blocked by vandals.

Now for the inevitable "the hugos are finished" rhetoric. YES, THANK YOU for writing off an entire community that's being HARASSED BY BIGOTS

PLEASE ENJOY and share new tingler name of SLAMMED IN THE BUTT BY MY HUGO AWARD NOMINATION https://t.co/lc7uEPMVkv pic.twitter.com/KwmP5ZoZum

Last year, the SF/F community responded by voting for “No Award” in multiple categories during the final ballot, blocking many of the shortlisted Puppy nominees from actually winning a Hugo. However, this isn’t a practical solution to the problem of bloc-voting and reactionary troll nominations.

Despite the past few years of chaos, the Hugos still hold an important place in SF/F publishing. Being shortlisted for an award can have a tremendous impact on a writer’s career, and many people also use the Hugo shortlists as a guide to the best new writing of the past year. When entire categories are taken over by a single list of protest nominees, the system stops working and the awards lose their meaning to the community. Of course, this may be exactly what the Rabid Puppies wanted in the first place.