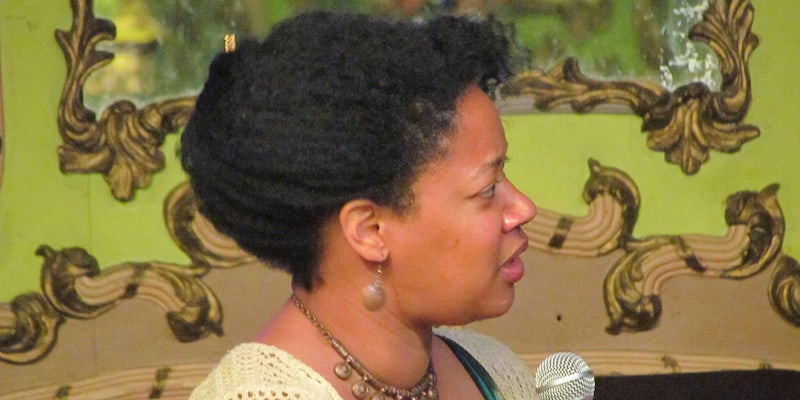 Sadly, the nominated 'Space Raptor Butt Invasion' did not win an award.

For the third year in a row, Hugo Award voters rejected the nominees selected by the protest campaign known as “Sad Puppies.”

At the annual World Science Fiction Convention, Hugo statuettes went to authors including N.K. Jemisin and Nnedi Okorafor, and popular sci-fi media like The Martian and Jessica Jones. Yet in some categories, voters decided to select “No Award” over any of the shortlisted nominees, reflecting ongoing conflicts in the sci-fi/fantasy community.

.@ChuckTingle you have so many hard buds here friend!!! pic.twitter.com/iSch22I0X2

While the Hugos are not especially influential in the TV, film, or comics industries, they hold an important place in sci-fi/fantasy publishing and fandom. N.K. Jemisin, who won the highly coveted award for best novel, is a rising star in the SF/F community, and was previously nominated for several other Hugo and Nebula awards. Her novel The Fifth Season is the first in a series set on a planet that undergoes drastic climate change every few hundred years.

In the shorter fiction categories, Nnedi Okorafor’s “Binti” was one of the most talked-about novellas of the year, Hao Jingfang’s “Folding Beijing” is a rare example of a translated work receiving widespread acclaim among English-speaking audiences, and Naomi Kritzer’s “Cat Pictures Please,” won this year’s Locus award and was nominated for a Nebula. This core group of celebrated authors can be seen as a repudiation of the Sad Puppies’ campaign to disrupt the Hugos.

For the past few years, the Sad Puppies (and their offshoot campaign, the Rabid Puppies) attempted to game the Hugo system by bloc-voting for a pre-selected slate of nominees. Many of those nominees were chosen as a response to the belief that SF/F publishing had become too “politically correct” and progressive, drawing comparisons to Gamergate—hence why one of this year’s nominees was a self-published book titled SJWs Always Lie: Taking Down the Thought Police.

While the Sad and Rabid Puppies found it relatively easy to get their nominees onto the Hugo shortlists, voters have repeatedly rejected those nominees. This led to five “No Awards” in 2015 and two this year, representing an impasse between the Puppies and their opponents: Puppy nominees may not actually win anything, but neither do the writers or editors who would otherwise have been nominated in those categories.