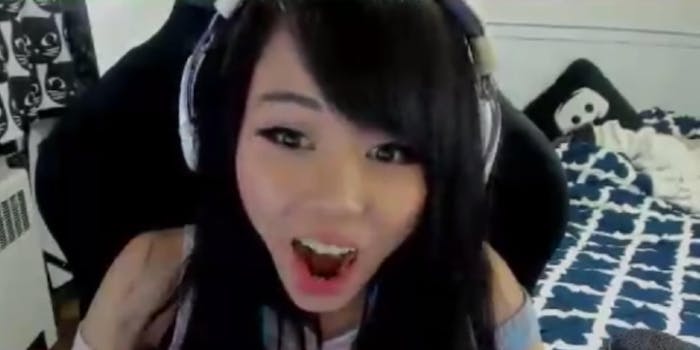 The video went viral this week.

A cheating boyfriend was accidentally outed this week during a League of Legends live stream. But it might have just been a viral prank.

It began as a regular live stream, hosted by streamer and cosplayer Kaia. She was duking it out with her opponents and chatting with her followers when an awkward situation reared its head.

In a Twitch live stream, viewers can comment and chat in the background and even request things from the host streamer. In this case, one of the viewers asked Kaia to deliver a message for them. They asked Kaia if she’d be willing to tell their partner, who was also playing in the stream, that “your girlfriend says hi.” Kaia obliged the request. Moments later, the situation fell apart.

Just after Kaia delivered the sentiment, the man in question responded with “tell Marissa I say hi” The woman making the request was not apparently named Marissa. Stunned, the girlfriend informed the group of her partner’s apparently relationship-ending error. Her name was Katey. In accidentally mixing up his partners’ names, her “boyfriend” outed himself.

Kaia and the other chat participants were stunned. They quickly got to work trying to untangle the situation, all while Kaia continued to play. She apologized profusely to Katey.

But after Kaia shared a video of the stream as it unfolded, someone jumped into the comment section to clarify. “It was fake,” they wrote. “I looked into it this morning.”

“THANK GOD LOL,” she wrote. “I HAD A PANIC ATTACK ON STREAM.”

It remains unclear whether this was a prank. All the same, the clip has been viewed more than 69,000 times.