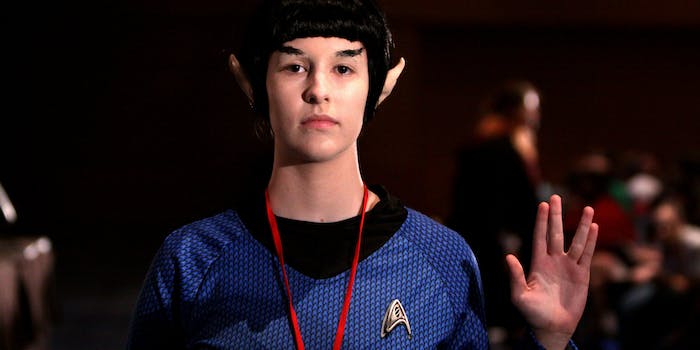 You can spend a week making a 'Star Trek' fan film with professionals from the TV franchise.

James Cawley produced the popular fan-made series Star Trek: Phase II, which built an accurate recreation of the show’s original 1960s set. He now uses that set for the Star Trek Original Series Set Tour, a CBS-affiliated business that will soon include a new offshoot: the Star Trek Film Academy.

Speaking at the Star Trek Las Vegas convention this weekend, Cawley described the Film Academy as a way for fans to “learn how to make a Star Trek episode.”

“You are going to go from script to stage over a six- to seven-day period and you are going to work with people who actually made Star Trek episodes,” Cawley said.

This is a rare opportunity to use a pitch-perfect Star Trek set and get professional input from creatives who worked as set designers and visual effects artists on the franchise. But while it’s an exciting opportunity for many aspiring filmmakers, it won’t earn a universal welcome. CBS and Paramount inspired a lot of criticism for their lawsuit against the Axanar fan film, whose creators received public support from Star Trek directors Justin Lin and J.J. Abrams. Is CBS backtracking on its harsh reaction to Axanar, or is it just trying to soften its image with fans?

Then there’s the matter of creative freedom, an issue that came up when Amazon announced its ebook publishing network for commercial fanfic. Amazon required its fanfic authors to abide by specific content restrictions, a rule that inevitably stifles creativity. Likewise, it’s hard to imagine “official” CBS-endorsed fan films allowing the same freedom as a traditional fan-made production.

Judging from Cawley’s description at the Las Vegas convention panel, the Star Trek Film Academy may have more in common with interactive exhibits at places like the Harry Potter Studio Tour. “You get to feel and experience what it is like to work on Star Trek,” he explained. “We’re going to pretend it’s 1966 and you’re an employee of Desilu Studios.”

So it’s simultaneously a Star Trek tourist attraction and a week-long filmmaking course. That’s a very different situation to the DIY community nature of most amateur fan films.