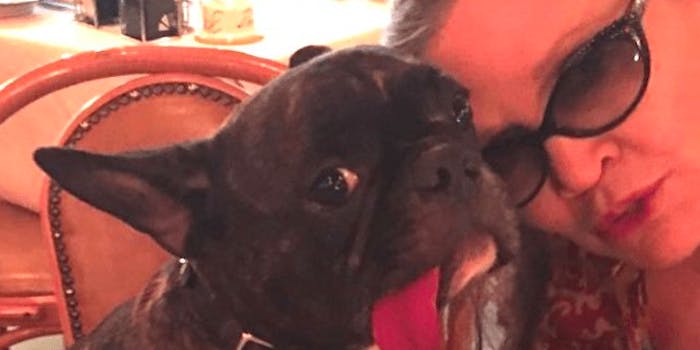 Carrie Fisher’s dog saw ‘The Last Jedi’ and loved it

'The Last Jedi' gets two paws up from this dog.

Star Wars: The Last Jedi has finally been released in theaters, and the most important fan has given the movie two paws up.

Beloved actress Carrie Fisher’s French bulldog Gary was her constant companion before her death in late 2016, and his frequent appearances with her made him something of a canine celebrity. He saw the movie last night with Fisher’s former assistant. According to a local ABC reporter, Gary’s ear perked up every time Fisher was on screen. He was even wearing an adorable Star Wars costume.

The late @carrieffisher's dog Gary just watched #TheLastJedi! He sat on Fisher's former assistant's lap during the film. She said his ears perked up every time she was on screen ❤️@starwars @ABC7 pic.twitter.com/2rCCGIi6Al

At the premiere at the TLC Chinese Theatre, a moment of silence was given to honor Fisher who passed away shortly after the release of the last Star Wars movie, Rouge One.

Gary hopes that everyone will go out and see his mom’s movie.

Gary isn’t the only dog with Star Wars fever. These other hounds are dressed up and ready to be one with the force.

The Last Jedi premiered Thursday night and has earned a 93 percent rating on Rotten Tomatoes and an 8.1 on IMBD.