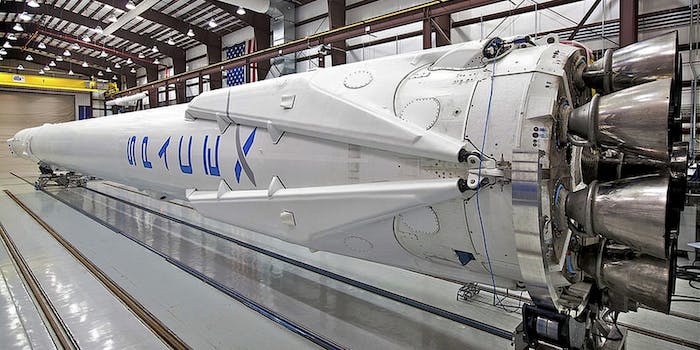 NASA on track to begin launching U.S. astronauts by 2017

Unmanned test flights could begin as soon as next year.

NASA is on track to begin launching astronauts from American soil once again starting in 2017.

During a press conference at the Johnson Space Center in Houston Monday, Boeing and SpaceX—the two companies NASA has contracted to create the next generation of launch vehicles for taking astronauts into orbit—laid out an ambitious timetable to test their respective spacecraft.

Unlike previous eras of U.S. manned spaceflight, NASA plans to use multiple vehicles going forward, in hopes of maximizing scientific activity in space. The CST-100 and Dragon will both be used to send crews to ISS, allowing the total space station crew to expand to seven astronauts and cosmonauts. This would allow the crews to work in shifts, doubling the amount of scientific research conducted aboard the space station, according to NASA spokesperson Steven Siceloff.

NASA administrator Charles Bolden trumpeted the news Monday, saying that by 2017 he hopes that NASA no longer has to rely on the Russian space agency, Roscosmos, to carry Americans into orbit. Since the Space Shuttle fleet was retired in 2011, NASA has been purchasing room aboard Russian Soyuz space capsules to the tune of $71 million per seat. Bolden said the combined $6.8 billion contract awarded to Boeing and SpaceX will save the agency money in the long-term.

“I don’t ever want to write another check to Roscosmos after 2017,” Bolden said, according to NBC News. “If we can make that date, I’ll be a happy camper.”

Both the CST-100 and Dragon spacecraft are designed to carry four or five people with cargo into orbit and be reused at least 10 times. Bolden said that by allowing Boeing and SpaceX to take over the task of ferrying astronauts to and from ISS, NASA would be free to focus on further development of the Orion spacecraft.

Orion, which saw it’s first unmanned test flight last month, is intended to be NASA’s next long-range exploration vehicle, which could one day take astronauts to Mars or the surface of an asteroid.