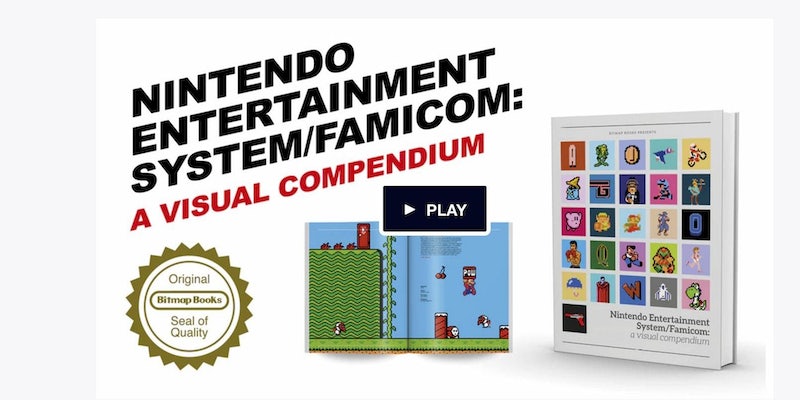 The Kickstarter campaign was shut down just one day prior to ending.

A Kickstarter campaign to publish a Nintendo Entertainment System artbook has been shut down by Nintendo just one day before it was set to end.

Prior to being taken down, Bitmap Books’s campaign, which was launched by Sam Dyer, raised more than $218,000.

A longer explanation submitted by Nintendo’s lawyers to Kickstarter, details the many issues the company had with the book.

According to Nintendo’s copyright claims, the Kickstarter infringes on copyright on a number of Nintendo games, including Super Mario Bros., The Legend of Zelda, Metroid, and Donkey Kong.

It also took issue with the visual depictions of characters from Nintendo games, and as a visual compendium it relies heavily on Nintendo property.

“This Kickstarter project makes unauthorized use of Nintendo’s copyrights as noted above. The description of the book states that it is ‘mainly visual,’ and the campaign shows pages of the book which consist simply of large screenshots copied directly from Nintendo’s video games,” the claim reads. “This campaign also makes use of a mark that is confusingly similar to registered trademarks owned by Nintendo…This use of Nintendo’s intellectual property may confuse Kickstarter backers into thinking this project is sponsored or licensed by Nintendo, when in fact it is not.”

Bitmap Books tweeted out a message thanking fans for their support, although it didn’t specifically reference the copyright infringement claim against the Kickstarter.

Thanks for all the kind messages of support today. What an amazing bunch you are :-)

Dyer noted last week in an interview with the Daily Dot that he ran into some walls when creating the book. For instance, no current Nintendo employees can contribute to unofficial projects.

“We did look into it at the start and there’s just no chance of getting it licensed,” Dyer said. “So I’ve gone through quite a lot of legal advice to make sure it’s all above board.”