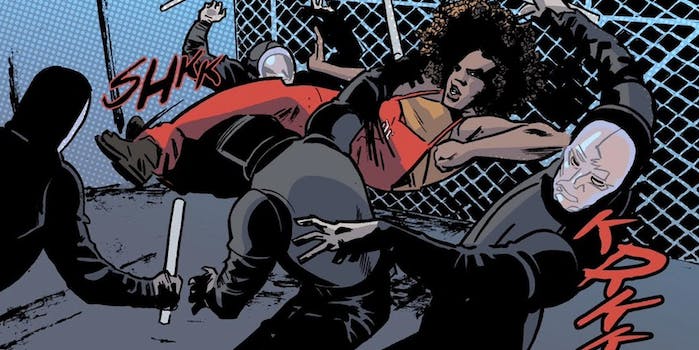 Life’s a bitch, then you go to space prison

Writer Kelly Sue DeConnick’s Bitch Planet reads like a late-night Cinemax movie beamed back in time from the year 2034.

Prison setting? Check. Female inmates? Check. Gratuitous nudity? Check. Some sort of blood sport? Most definitely (I peeked and looked at the solicitation for the second issue).

The book opens with a bit of a fakeout. We see a young woman hurriedly making her way through the crowded streets of a nameless metropolis as a man anxiously waits for her in a recording studio several blocks away. It turns out she’s been hired to record the in-flight “entertainment” for non-compliant women—NCs—who’ve been placed in stasis and shipped off planet.

As the actress begins to read her script, we’re transported to the embryonic berth of a spacecraft, where several women are being subliminally subjected to a loop of the recording. Over the course of their journey, they’re repeatedly told they’ve been cast out from Father Earth for their trespasses, gluttony, pride, weakness, and wickedness. Yes, overeating is apparently a punishable offense in the not-too-distant future. 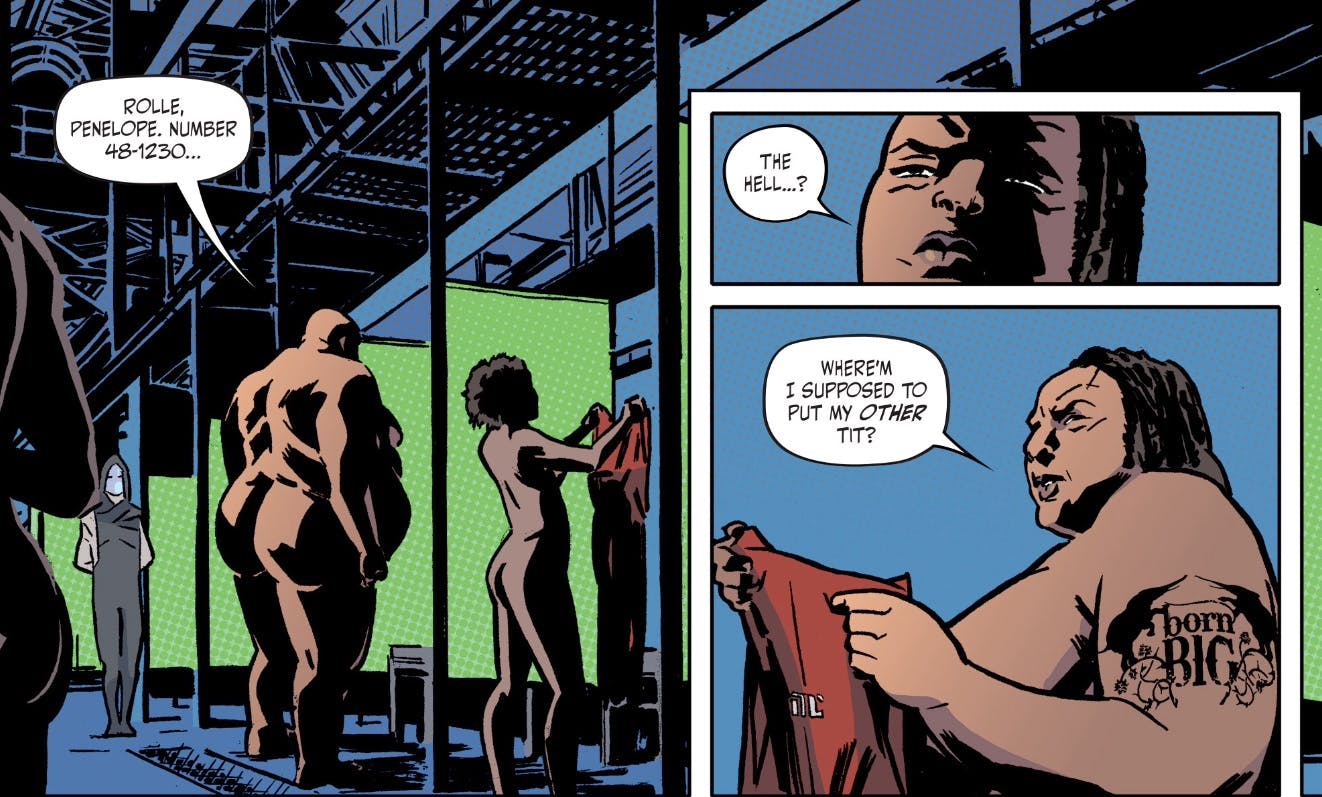 When the group arrives on the so-called “Bitch Planet,” they get a rude awakening. Literally. Brought out of cryosleep and processed by a stern hologram, NC 48-1230 immediately gets a beat down for her inability to put on a jumpsuit that’s clearly eight sizes too small. What ensues is a full-on prison riot (sans clothes, of course). In the corner of this scene, a confused, matronly lady proclaims her innocence right as a baton-wielding guard cleans her clock. 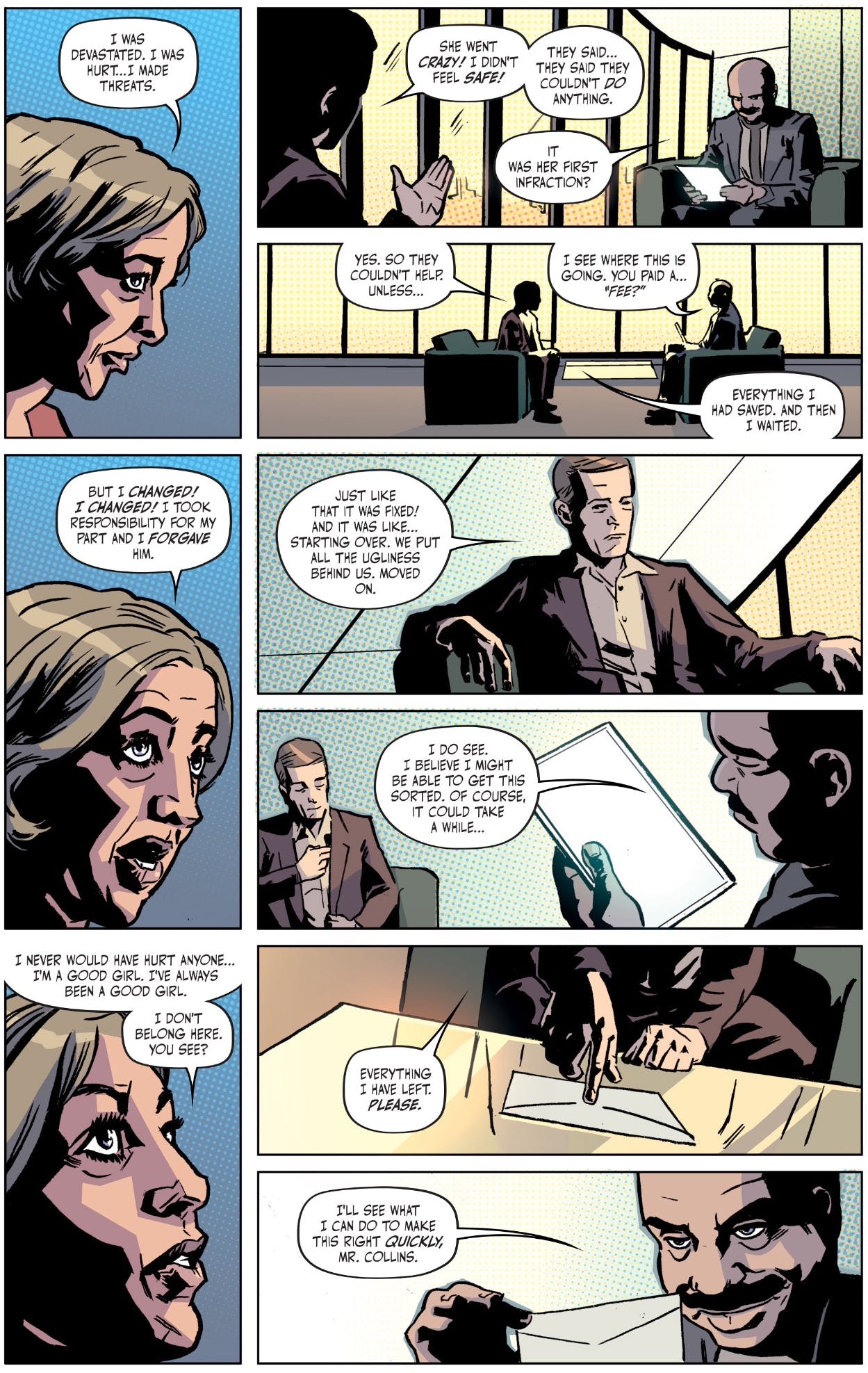 We soon learn the story of this woman, Marian Collins, and the husband who discarded her. He had an affair, she went a little crazy, and somehow he had her sent to a penal colony in the sky. Marion’s plight is the central focus of the issue, and it’s one that doesn’t end well. It does, however, introduce us to the hero that champions her—Kamau Kogo, a strong black woman in the vein of Pam Grier’s Foxy Brown. 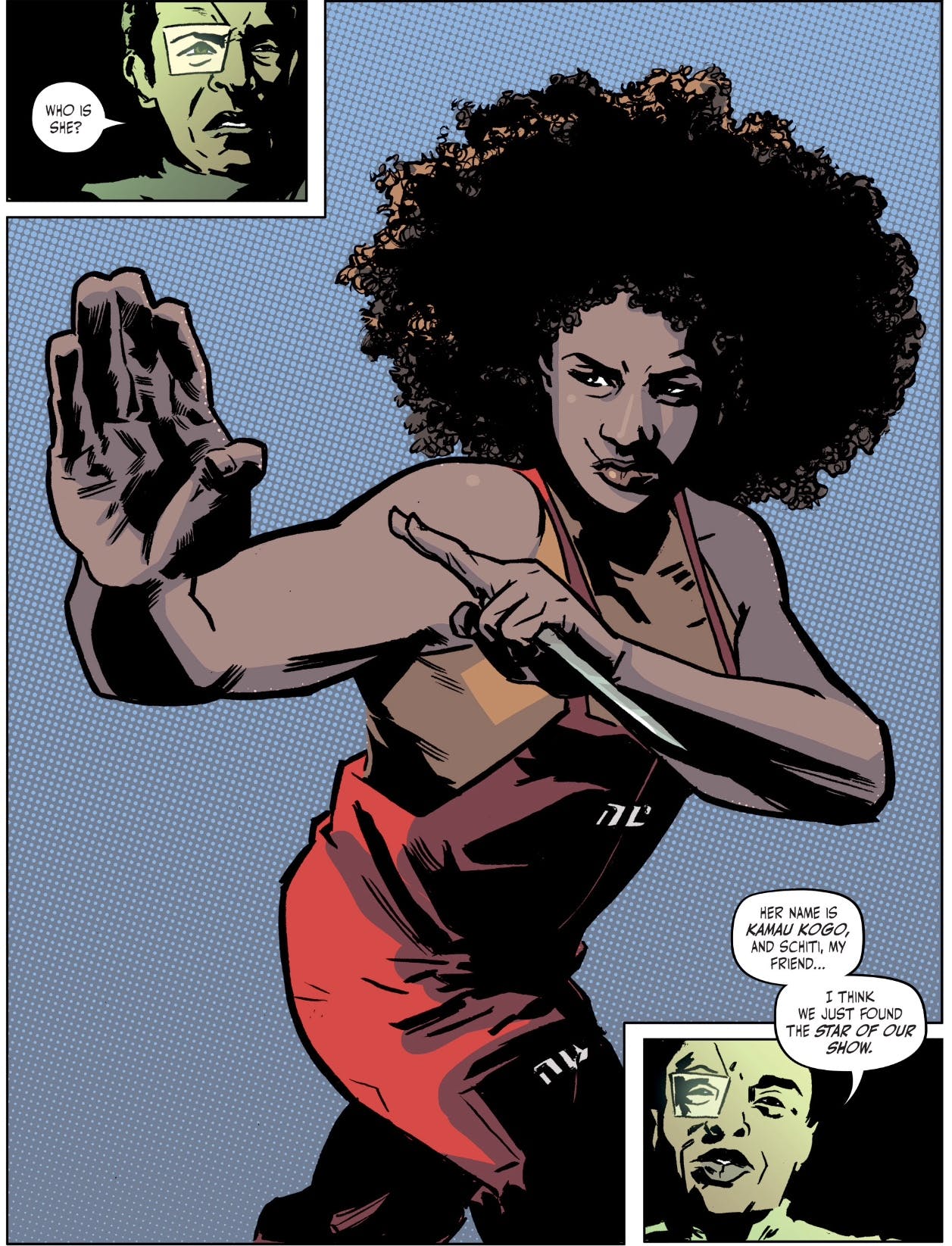 What DeConnick and her collaborator, artist Valentine De Landro, have managed to pull off is nothing short of incredible. Bitch Planet is a pulpy, enjoyable read that just happens to have an essay on feminism and race as the B story. The creative team has embraced exploitation as a means of shining a light on how marginalized women are in today’s society (especially relevant in the wake of the whole Anita Sarkeesian mess).

Sure, Bitch Planet has an agenda. But it’s funny, too, and incredibly heart-wrenching. Seriously, if you can read the gut check that is the first panel of page 22 without feeling anything, you’re as jaded as the guards who lord over the Auxiliary Compliance Outpost. 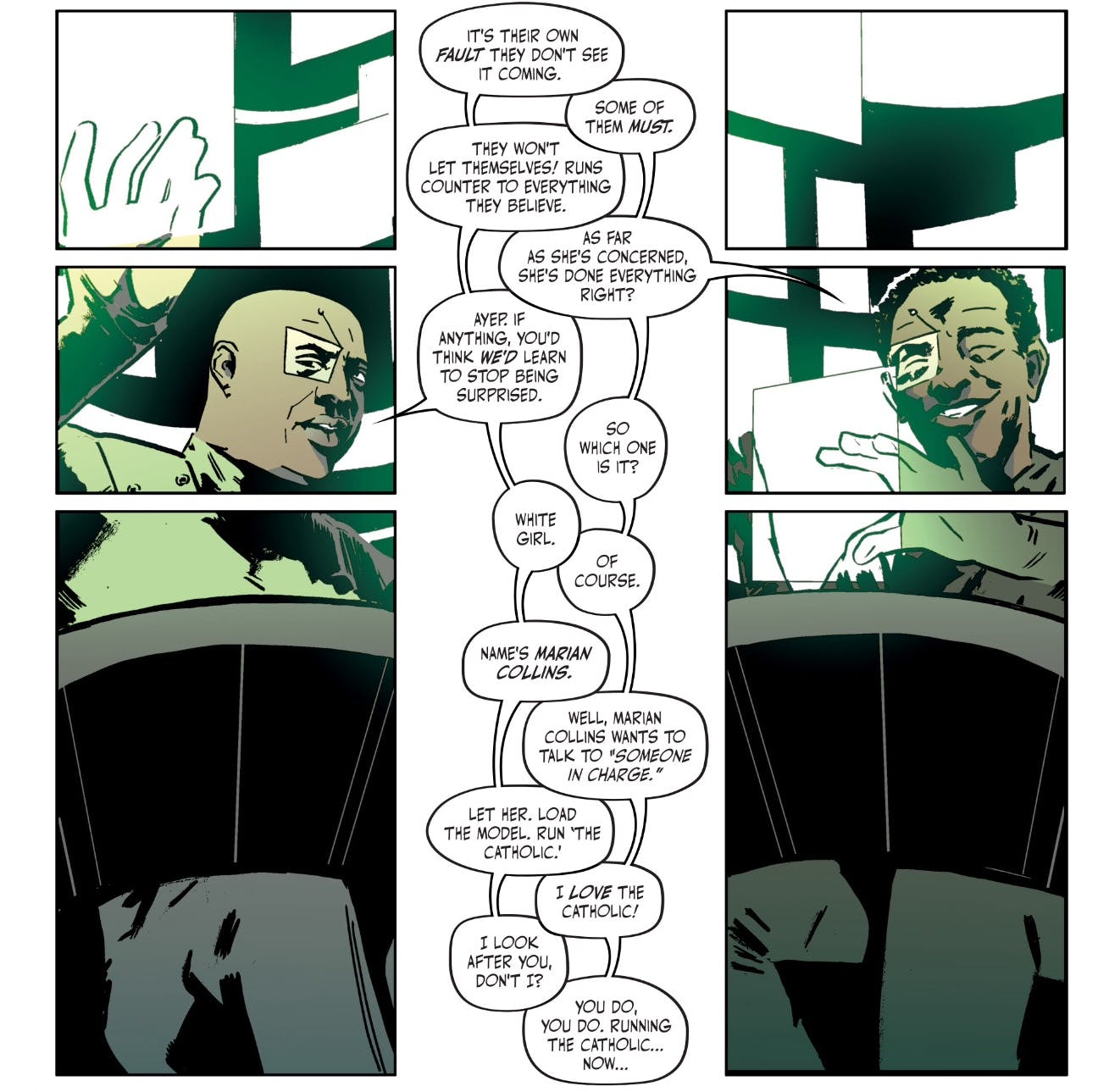