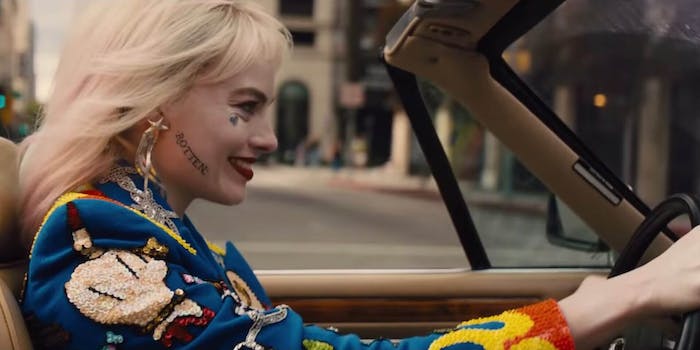 'I'm the one they should be scared of.'

The Joker is out of the picture (they broke up, Harley says), so now she’s finding her own way. And for her, that means that there’s plenty of kicking ass, taking names, and rounding up a group of fellow Gotham misfits to fight beside her that includes Huntress (Mary Elizabeth Winstead), Black Canary (Jurnee Smollett-Bell), Renee Montoya (Rosie Perez), and Cassandra Cain (Ella Jay Basco) to take on the criminal masterminds of Gotham.

Harley and her ever-evolving wardrobe are easily the stars of the first trailer, but with the Birds of Prey, a zany Ewan McGregor, fight scenes galore, and a very cute hyena, Birds of Prey is about to make its mark.