All the games from 2016 that deserve a spot on your 'must play' list.

Every year we’re hit with a deluge of new games, not all of which we have time to play. Having a backlog is just part of being a gamer nowadays.

That’s why we put together this list of games from 2016 that really deserve a space on your must-play checklist (listed by order of release date). Your favorite will depend on what kind of games you like and your play style, but we’re sure this roundup has something for everyone. 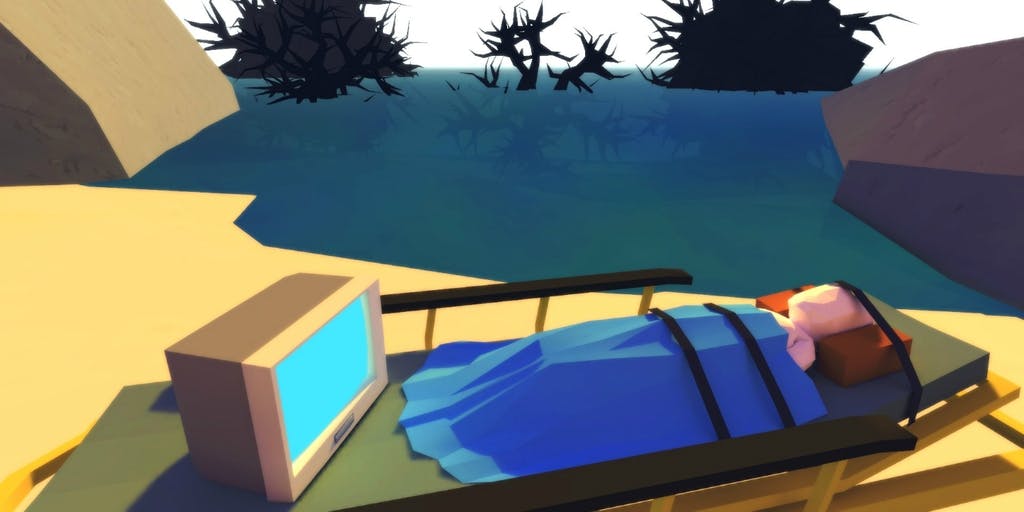 That Dragon, Cancer is the story of Ryan and Amy Green, and how their faith carried them while their son, Joel, fought brain cancer. The battle was lost, and That Dragon, Cancer spares nothing in making you feel the weight of that fight and the pain of that loss.

The story bends time and space like something out of a Terry Gilliam film in order to weave its narrative. The technique is unnerving and denies you stable ground upon which to stand, which may embody in part what it’s like to try and remain strong for a child who becomes so ill at only 2 years of age.

That Dragon, Cancer will make you appreciate the time you have to enjoy life, and help you gain a fuller understanding of what video games are capable of. 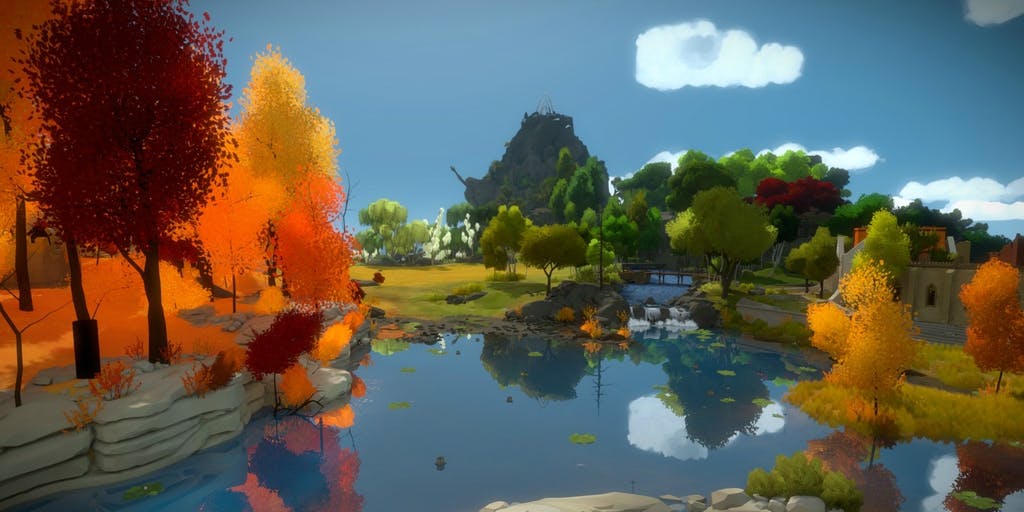 Indie developer Jonathan Blow has a reputation for questioning conventional wisdom and assumptions about game design. With The Witness, his second high-profile release, Blow challenges players with wicked puzzles of devious construction that question how puzzle games can or should be made.

The brutal logic tests of The Witness are set against a gorgeous, vibrant island with sights and sounds worth touring even if you don’t expect to solve a single puzzle. The island is a place of soothing respite when you need to step back from the frustration of trying to find a puzzle solution that continues to evade you. 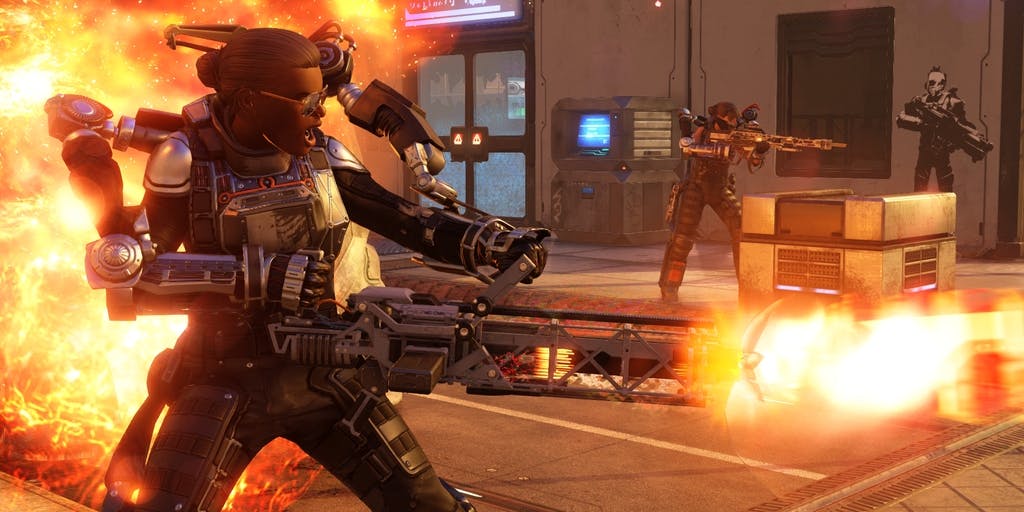 The follow-up to the beloved X-COM: Enemy Unknown raises the stakes by taking the cold logic of turn-based strategy games and meshing it with emotional attachment to your soldiers, a unique pairing in the genre. The combat in X-COM 2 is harrowing. Your troopers will die, and it’s never easy to say goodbye.

X-COM 2 assumes that you lost the battle in Enemy Unknown and now have to lead a resistance movement to kick the aliens off the Earth before their evil plan comes to fruition.

The strategic meta-game takes place on a global scale and forces tough decisions between different alien operations you can destroy. They all will hurt you somehow, and you can’t stop them all. Time is as much of an enemy as the alien soldiers; the countdown clock to disaster never stops ticking. 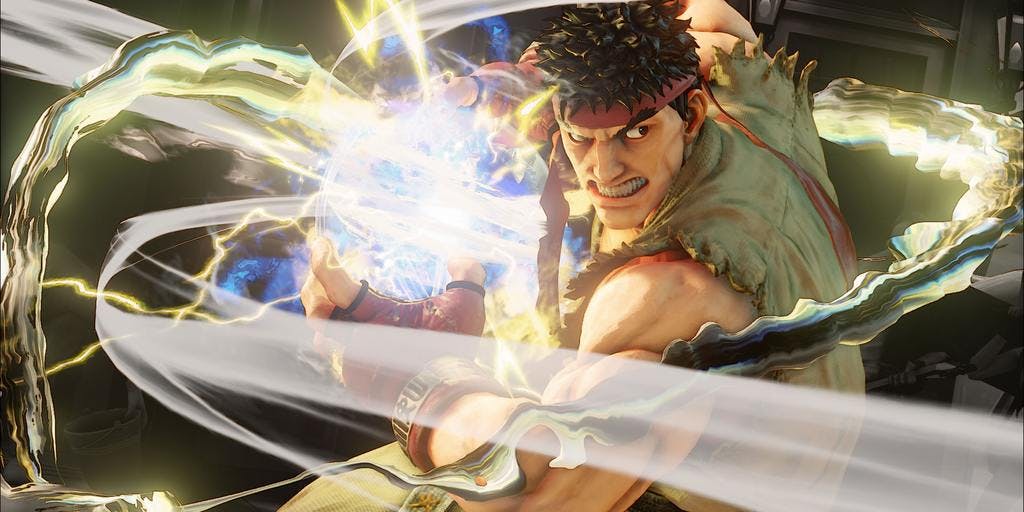 Street Fighter V evolves the series to meet the demands of the modern esports fighting game scene, while remaining accessible to players who just want to play Street Fighter games for fun like they’ve been doing for almost 30 years.

A cast of 16 fighters means plenty of depth for Street Fighter V as you learn all their techniques and styles. A new “V-meter” system of super abilities introduces a fresh gameplay element for veteran players.

The sound and graphics have been updated to meet the expectations of players using powerful, current-gen hardware. Street Fighter V is a must for fighting-game fans and a welcome return to the franchise for people who were winning games in Street Fighter long before the esports scene began. 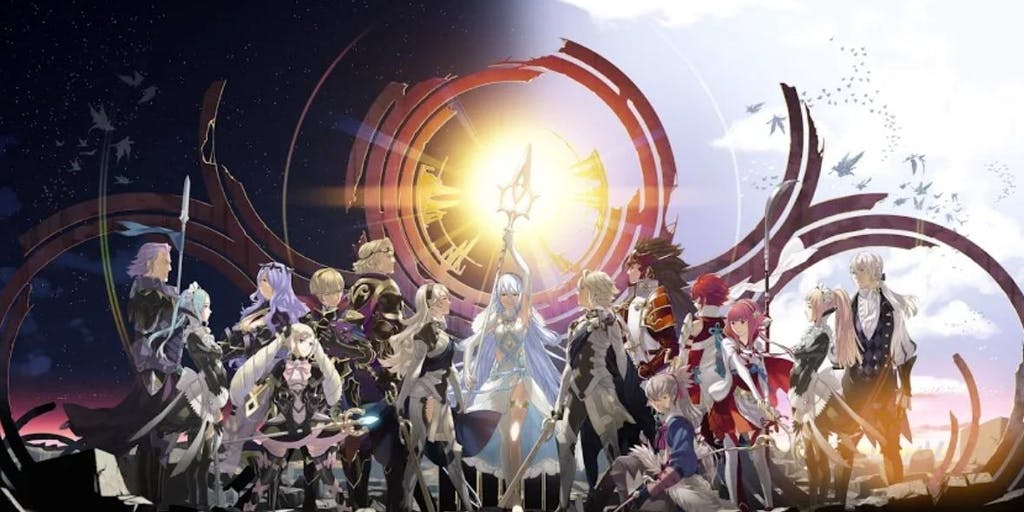 Fire Emblem Fates is a strategy role-playing game where the relationships between your characters determine the success of a battle more than their abilities or the terrain they’re fighting on. Two soldiers bonded to one another and standing side by side on the battlefield are the most potent weapon you can wield.

The newest Fire Emblem game takes this focus on characters and marries it to a compelling story about supporting your family, siding with your enemies, or remaining neutral in an ongoing war. After a shared set of chapters, each path essentially becomes its own game, meaning you need to either buy a special edition that includes all three campaigns or purchase the second and third campaigns separately. The narrative elements and varied tactical challenges are strong enough to warrant three playthroughs. 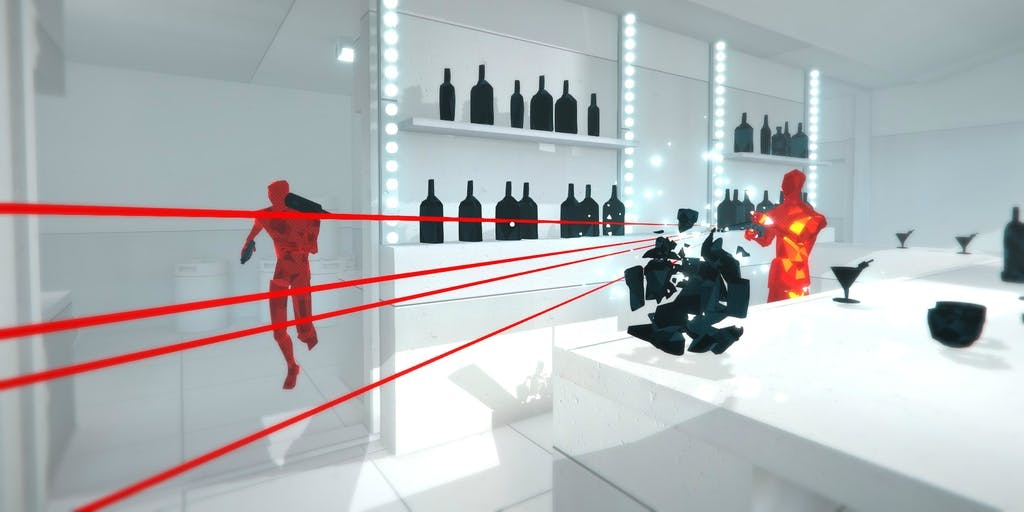 Coming up with an idea for a first-person shooter that is genuinely different is not an easy task, but Superhot nails it with an idea that’s so simple, it’s brilliant.

In Superhot time only moves when you do. The levels are typically constructed as close-quarter fights, which means you need to be decisive in your choices. The end result is feeling like you’re a martial arts master and the hero of an amazing action movie. Superhot is as much a puzzle game as it is a first-person shooter, and the solution is always to act like a complete badass.

Superhot marries this innovative gameplay with a dark cyberpunk story that will mess with your head, creating an experience that feels fresh any way you look at it.

The masochistic, punishingly difficult Dark Souls series continues with Dark Souls III. The combat is deeper, the lore continues to build up the dark fantasy world of the franchise, and the adventure is tightly constructed, unlike the bloated design of Dark Souls II.

The game world itself is more linear than in previous Dark Souls games, but still leaves room for adventure and discovery. There are plenty of callbacks to earlier games for fans of the franchise, but it’s the combat that seals the deal. Players flock to Dark Souls because they want to be challenged down to the smallest combat moves and the minutiae of their strategies.

On this, Dark Souls III delivers expertly, yet the game still manages to be accessible to beginners. It’s not difficult to get into the game: The challenge is learning how to master it. 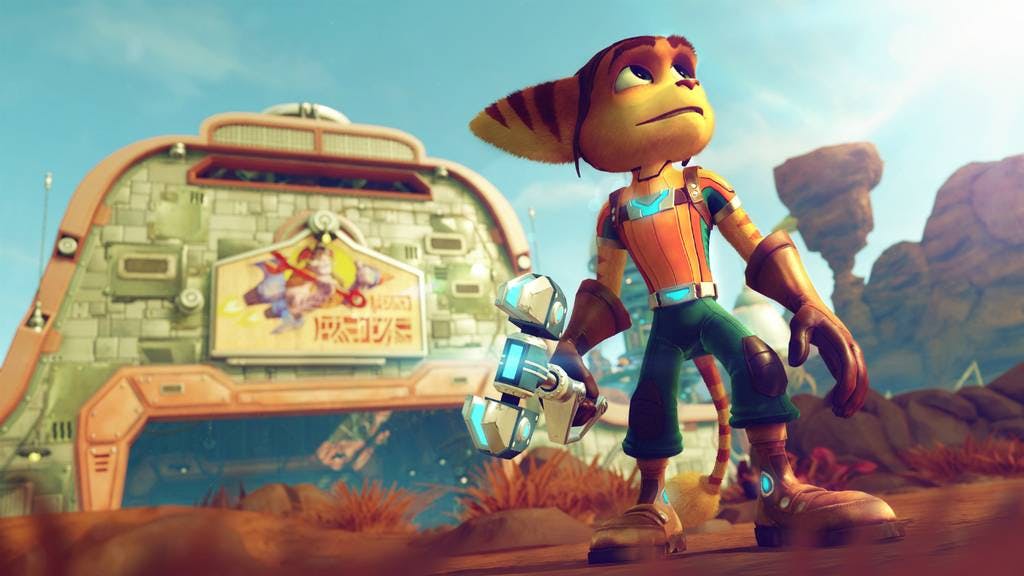 The new Ratchet & Clank, a reboot of the famed, long-running series that solidified Insomniac Games’s reputation as a studio to be reckoned with, is a gorgeous demonstration of what the PlayStation 4 can do graphically and a faithful modernization that embodies what makes Ratchet & Clank so special.

Ratchet & Clank retells the tale of the original game about how a would-be hero meets his little robot buddy and saves the galaxy. It incorporates elements from the 14-year history of the franchise, most notably some of the best wacky and fun weapons that help define the series.

The humor may be appreciated more by children than by adults, as Ratchet & Clank is also a tie-in to the 2016 animated film adaptation. The simple platforming and shoot-em-up action, however, should be appreciated by all. 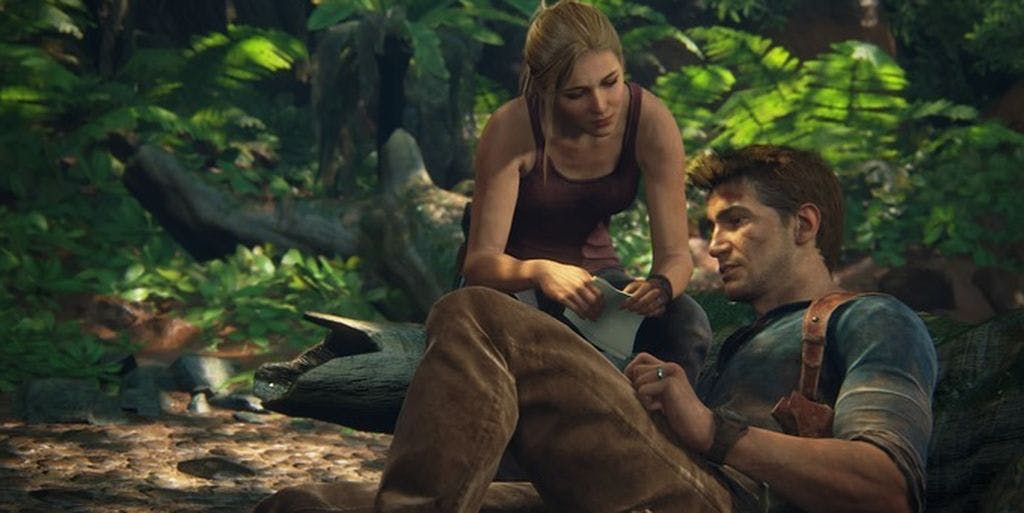 Even if Uncharted 4: A Thief’s End doesn’t end up being the final chapter in the story of Nathan Drake, treasure hunter, it feels like a genuine end to the adventures of one of gaming’s most beloved heroes. Drake returns from retirement to help his brother pay a debt, in a story filled with solid writing and characterization that delivers the sort of narrative fans of the Uncharted series have come to expect.

Gorgeous travelogue scenes, nerve-wracking platforming sequences, and combat scenarios you really have to work at hit the same high bar of quality as the writing. The multiplayer portion of Uncharted 4 was developed with the same level of care and should keep players engaged for the long haul. This will be an unusually satisfying and fitting end for Drake and Uncharted, if Naughty Dog Games never returns to this world and these stories.

We loved Overwatch when it debuted earlier this year. It’s easy to jump into, the matches are fast-moving, and the design is excellent.

But if there’s something that can make a game even more enjoyable it’s having a community that’s just as obsessed with it as you are. Overwatch has that in spades. The distinct personalities of the characters and the excellent art style have contributed to a big fanbase for the first-person shooter.

While Overwatch is straight forward enough to jump into with strangers, playing with friends elevates the game to another level. We suggest rounding up your pals or finding a regular group of players that can coordinate more sophisticated strategies for taking down enemies.

In an era where many shooters are leaning into futuristic, sci-fi worlds, the Battlefield franchise takes a refreshing step backward. Set in World War I, the first-person shooter brings us a gorgeously realized playing field where horse-mounted calvary soldiers clash with tanks and armored trains.

The number of vehicle options, action in the field, and thoughtful details makes the game an absolute blast to play. The varying terrains present their own challenges, but other environmental factors like the weather can significantly change the game in a way that feels both interesting an authentic.

When a game is this much fun to play, it doesn’t necessarily need fantastic graphics, but in Battlefield 1 they’re icing on the cake. Be sure to take a moment to savor the loveliness of the individual blades of grass and the way rain droplets accumulate on your gun barrel. It’s hard to imagine a game could look better. 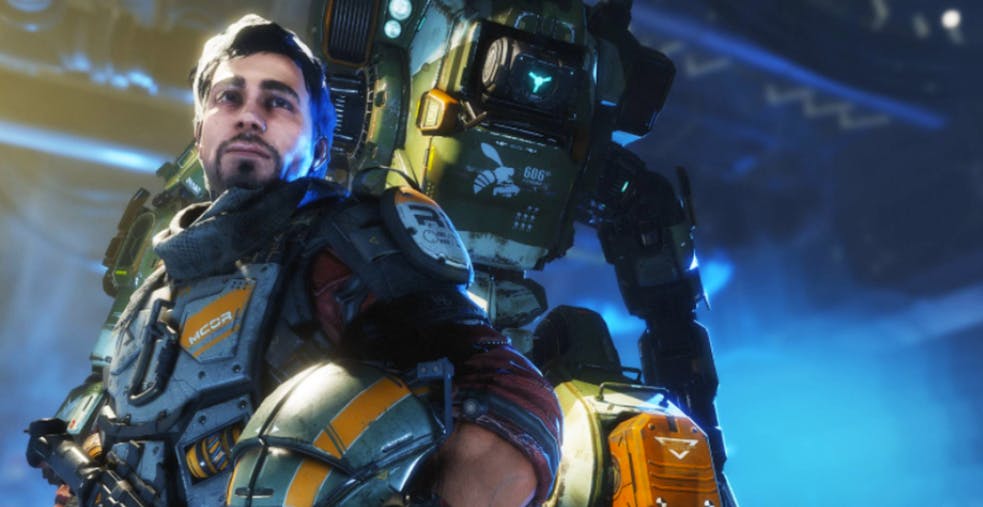 In a crowded field of shooters that debuted this fall, Titanfall 2 managed to make its flavor of futuristic action stand out.

Building on the promises of the original in every way imaginable, Titanfall 2 offers rewarding gameplay innovations, providing consistent thrills in both multiplayer matches and the campaign. Fans of the genre will find themselves blown away by the unique level design, even if the narrative sometimes falls short. 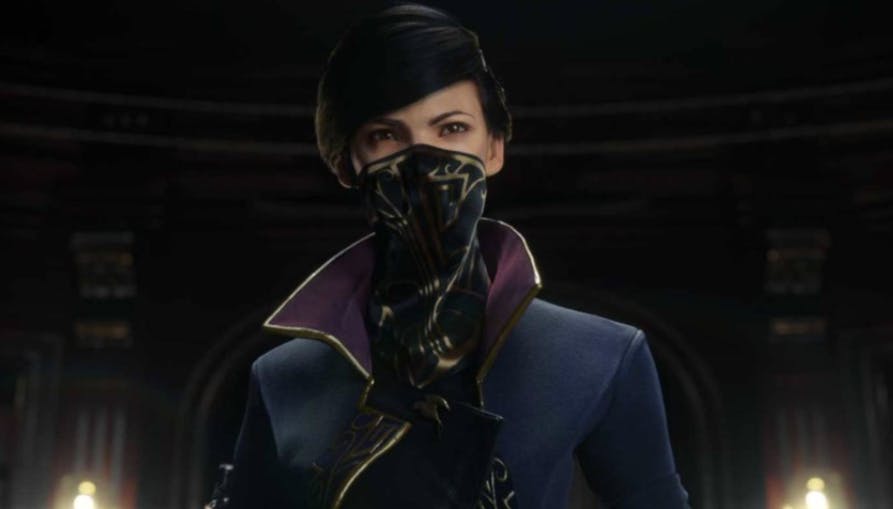 Dishonored 2 is just the latest example in a long line of games that continue to illustrate the close relationship between quality stealth games and emergent gameplay. Any given playthrough will present you with myriad chances to both create and react to opportunities, many of which appear with little to no warning. It’s in surviving these situations (preferably undetected) where Dishonored 2 delivers its most tangible rushes and most profound sense of gratification. It’s a tale of vengeance that’s presented in an imaginatively conceived world, one that is as threatening as it is inviting. 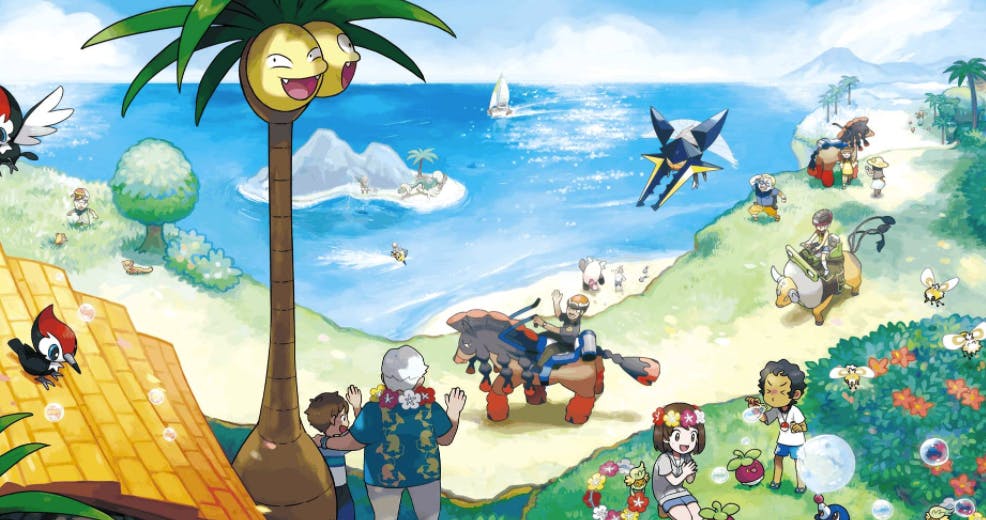 Pokémon Sun and Moon mark the most radical reinvention of the beloved Pokémon franchise since 1996. Rather than a slow introduction to the new landscape, you dive right in, and for the first time, you won’t spend your adventure tracking down gym badges. Instead, you’ll complete in a gauntlet of challenges as you move from island to island.

Overall, Pokémon Sun and Moon are best Pokémon games released yet for the 3DS. While the framerate still takes a dip whenever there’s multiple Pokémon in battle, the engine suits the swaying trees and sunny beaches of the Alola region wonderfully. The music, characters, and story are some of the strongest in Pokémon history and the core gameplay is irresistibly rewarding. 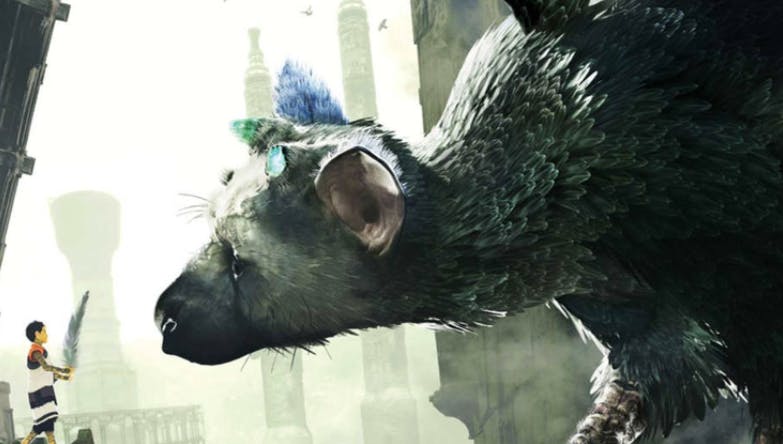 But as much that can (and has) been said about the arduous wait for The Last Guardian, in its finished form, the game tells a story with uncompromising vision and engrossing emotional heft. A boy wakes up in a mysterious world that he must navigate with a giant mythical creature named Trico. The resulting experience comes off as delicately prepared, and the mythical nature of the game’s development only enhances the fantastical tale at its core. Imagining the missteps the game could have taken if released in an unpolished rush is easy, but bickering about the build-up to The Last Guardian’s release will be long outlived by its success as an emotionally evocative masterpiece in the annals of modern gaming.